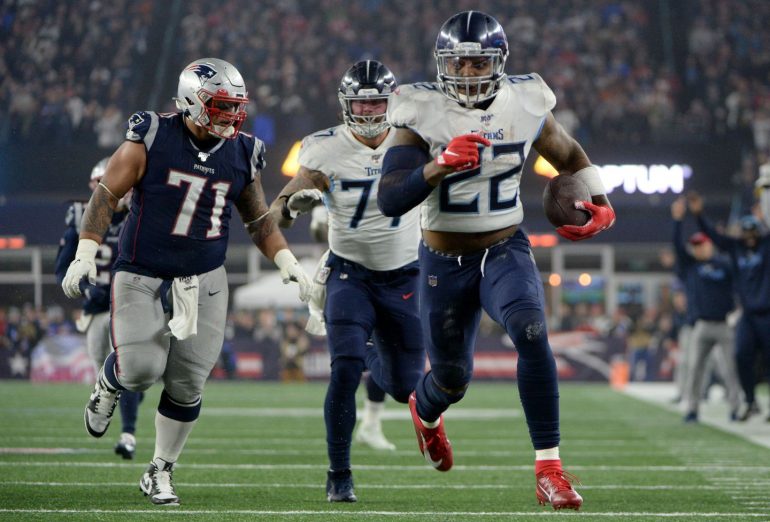 Does Running the Ball Matter More in the Playoffs?

Playoff season is well underway for the NFL and with it, analysts have turned to a timeless talking point, the idea that you have to run the ball well to win in January. Conventional wisdom has touted an effective rushing attack and playing good defense as the formula to winning in the playoffs. However, no one ever seems to bring stats to back the claim up, today we’ll dive into the statistics to see how much the run game matters in the playoffs.

Before looking at rush effectiveness, here’s a look at rush rates in the regular season and postseason. All data for this article is from 2012-2018. For this, only plays in neutral situations are counted, to avoid teams running out the clock or being forced to pass late. The rules for “neutral situation” are 1st or 2nd down, outside of the last two minutes in each half, and win probability between 20%-80%. The graph below shows that teams do not run more often in the playoffs in neutral situations. If anything, they run slightly less.

Neither of the above charts represent offensive performance though. The goal isn’t to just rush successfully, it’s to score points. Rush success has little correlation with offenses scoring points, with an R-squared of just .025 (left). EPA will be more correlated to points scored and is shown as well, with an improved but still low R-squared of .052 (right). Interestingly, looking at the regular season showed an increased correlation for EPA per rush and points scored compared to the playoffs, an R-squared of .091. There’s no immediate explanation for why this is the case, sample size is smaller for the playoffs though with only 154 team games counted.

Looking at dropback performance reveals a much higher correlation with points scored. Dropback success rate and EPA per dropback have an R-squared of .269 and .513, respectively. The regular season R-squared dropped to .445 for EPA per dropback. While I wouldn’t read too much into these variations between playoffs and regular season, the trend is clear, passing performance is much more correlated to points scored than rushing performance.

Another common reason for running the ball a lot is the idea that it keeps the ball away from the other team. To evaluate this, here’s a look at neutral situation rush rate and opponent score. Neutral situation here is used to avoid a winning team running a lot at the end of the game. Often times, people will use volume stats as support for the effectiveness of rushing, such as, the Seahawks were 7-1 this season when they ran the ball 30 or more times. The issue with this is that teams run the ball more when they winning and late in the game, when they are trying to protect a lead.

Even if the rushing game were effective in keeping opponents from scoring points, close games are essentially 50/50 chances. From 2012-2018, the Seahawks went 29-29-1 in games with a point differential less than 7. The 2019 season was an outlier, with Seattle going 9-2 in those games. The philosophy of intentionally keeping a game close is a risky strategy, even when your quarterback is Russell Wilson.