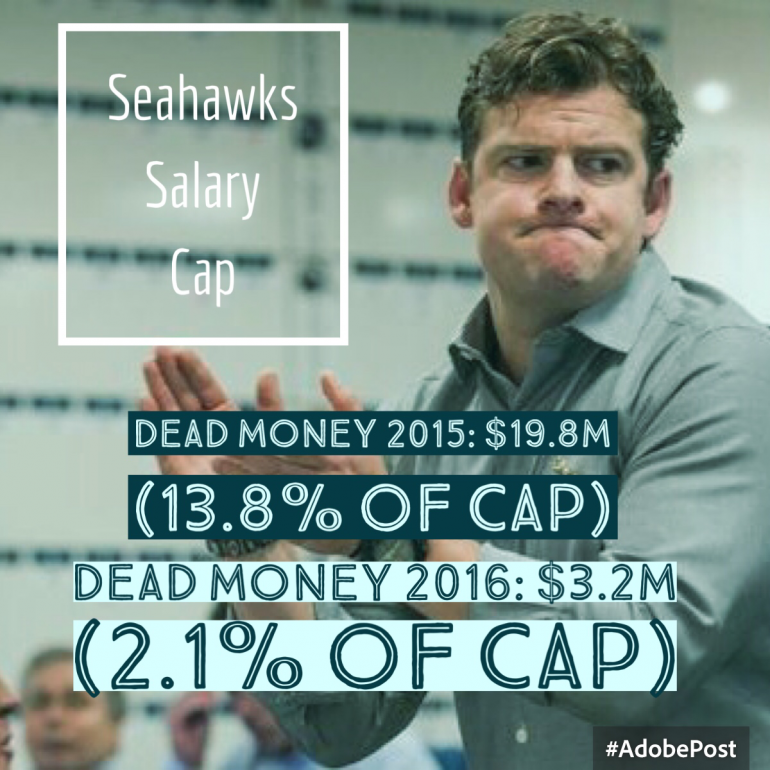 The Seahawks were paying literally dozens of players who were not on their roster last year, including over $7M to Percy Harvin. That took up a ton of cap space. Some contracts, like Russell Wilson’s, will eat up a bunch more cap space this year, but at least the money is going to players on the roster.