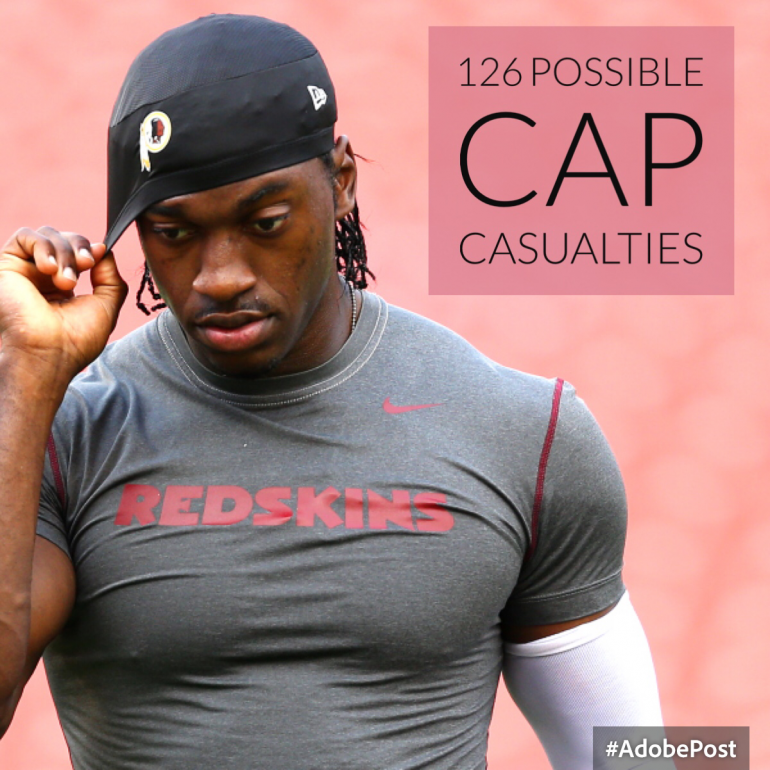 Everyone knows the list of free agents available. The hardcore fans know the difference between unrestricted, restricted, and exclusive rights free agents. What is much harder to find is a list of possible shadow free agents. These are the players who are currently under contract, but could be let go to free up cap space so their team can spend those dollars elsewhere. I have compiled a list of 126 possible cap cuts for your reference.

This is not an exact science. The vast majority of these players will remain under contract with their current teams with no change to terms. Some will restructure their deals, extend their deals or make changes that reduce their cap impact. All of these players will get at least a review from their current general manager to be sure they are worth the cap space they currently occupy.
Thanks to OverTheCap.com, I was able to look through every team and see what their projected cap space is for the 2016 season. I also was able to see how much dead money would be left on the cap should a team cut any player, and how much cap room would be saved.
In most cases, I simply looked for players who had high ratio of cap space saved to dead money left over. In other words, a player who would leave zero dollars in dead money and save $5M in cap space is more likely to be cut than a guy who will leave $9M in dead money and save $4M in cap space.
I also did my own cursory assessment of the player and the team, and decided how likely they are to part ways. Again, an inexact science, but if I had any question, I erred toward including the player on the list and letting discerning fans decide which ones were more likely than others.
Teams that have less cap space, or no cap space, are obviously more likely to be looking for ways to create cap room, and so I have sorted the list by cap space.
I hope this is helpful. I certainly plan to reference it throughout the offseason.