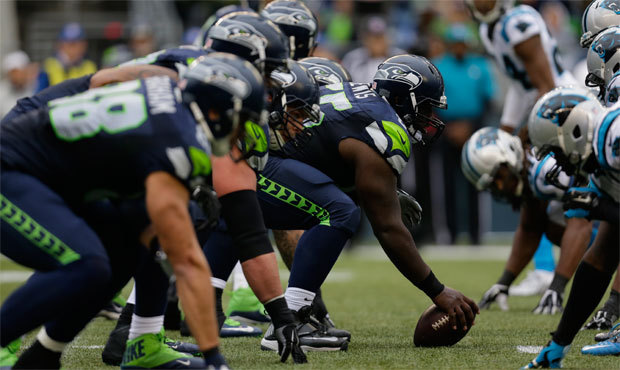 John Schneider reiterated this week that the team does not have a lot more money it can spend on free agency given their cap constraints. That leaves a current starting offensive line of Garry Gilliam, Justin Britt, Patrick Lewis, Mark Glowinski, and J’Marcus Webb. That far-from-inspiring group is sure to change once the team gets to the draft. As of now, though, they not only comprise the cheapest starting offensive line in football, but hundreds of players in the NFL make a higher average salary than the entire Seahawks starting line.

The most expensive player on the Seahawks line is Webb. Only he and Lewis average more than $1M on their contracts. Nine of their teammates average more per year on their deals than the whole Seahawks starting line. There are forty-two linemen in the NFL with a higher average per year on their deals than this whole starting offensive line.

You get the point…

Draft should change this

If the Seahawks draft a player on the offensive line with their first round pick, that player will make over $2M per year. Seattle will likely draft multiple linemen. They could also gain some additional cap room through cuts or restructuring that could lead to more spending on the line. The team chose to spend $2.6M on Jermaine Kearse this year and $1.6M on Jon Ryan. They have $9M tied up in Jimmy Graham, whose availability to play this year is questionable. Some money is there to play with if the team chose to prioritize spending on their line, but they have not.

It feels like an unnecessarily high risk to take right now, but they are not complete with their work just yet.