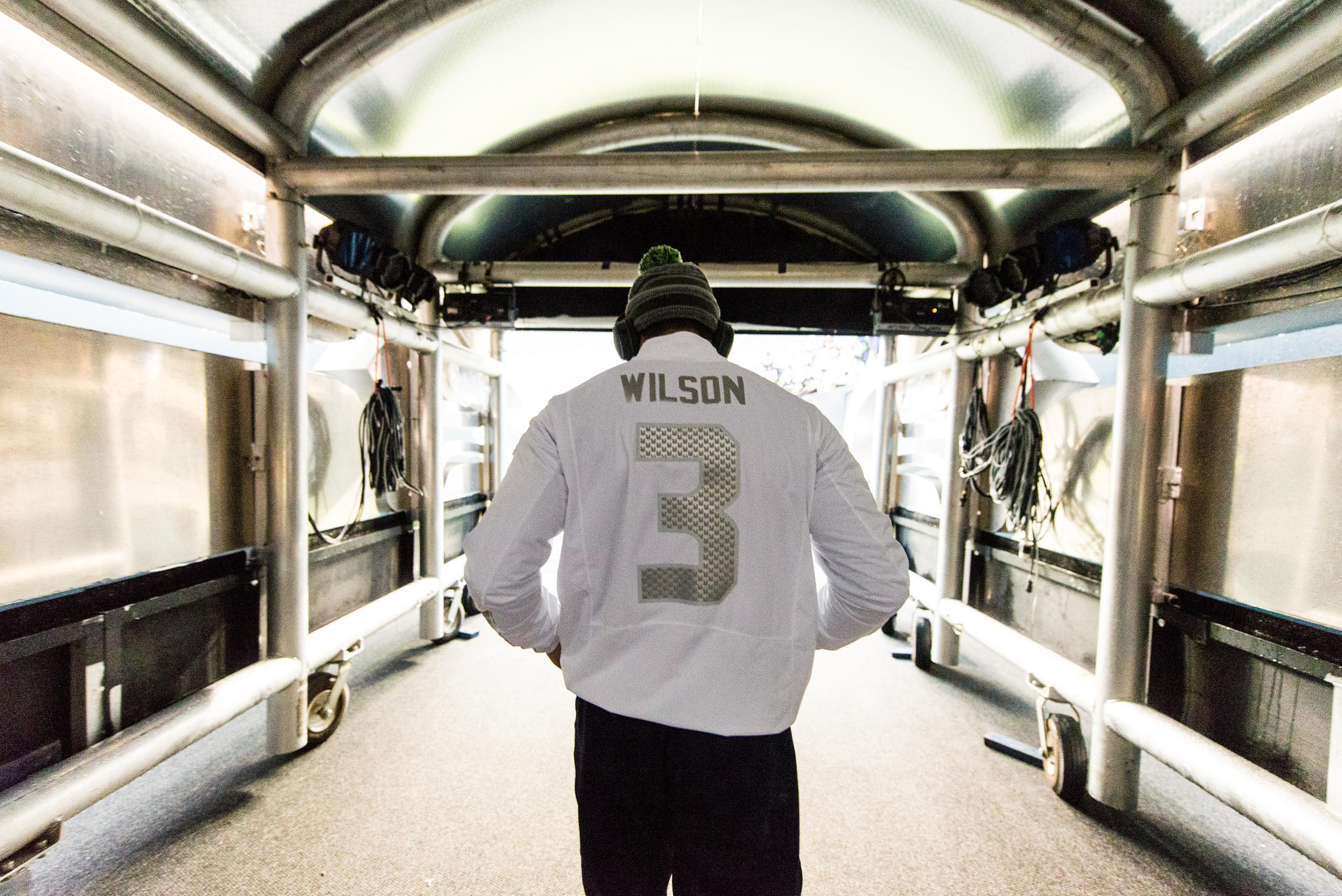 Seahawks 2016 Schedule Is Packed With Goodness

It was only a few years ago that I watched the hype around the NFL schedule release with confusion and a bit of consternation. We already know all the opponents home and road for the Seahawks. Why are people freaking out that we now know the order and time of those games? Something changed, though, and there I was in a meeting at work last night with my boss having a very hard time focusing on work when the clock struck 5PM PT and the schedule was released. Home opener to start the season? Which road game are we going to hit this year? Can we sneak in two? When is the bye? All those questions run through my mind, but after weeks of no football news worth writing about, the real excitement comes from the signal that the new football season is taking shape. Quick start there for the taking

Try to look at that graphic and contain your excitement. Impossible, right? The thing I like immediately is the true home opener. The Seahawks have had just 17 home openers in week one of the season out of their 40 seasons in the league. They have an underwhelming 7-10 record in those games, but much of that misery came before CenturyLink Field opened.

Seattle has had just five first-week home openers since 2002, and have won every one. The average score has been 28.4-7.6

The Dolphins are not a pushover, but they might be the weakest competition on the docket. Starting fast is something the Seahawks have not done in three of the past four years, and it has made life more difficult. It is not hard to imagine a situation where the Seahawks get a win against the Dolphins at home, and then face two rookie quarterbacks, before traveling to New York to play a Jets team that currently is led by Geno Smith.

Los Angeles will add a rookie quarterback soon, but it is not out of the realm of possibilities that Case Keenum starts early in the season. He already beat the Seahawks in Seattle. Nick Foles beat the Seahawks. Austin Davis beat the Seahawks. Some things will undoubtedly be different playing in L.A., but it probably doesn’t much matter who is playing behind center for the Rams. That game will be very tough for what will be another newly-built, unheralded, Seahawks offensive line.

In fact, the line will get quite the early test with Ndamukong Suh, Cameron Wake, Aaron Donald and crew, Muhammad Wilkerson and crew.

No peaks or valleys

As we know, everything changes from here on out. Nobody knew Jordy Nelson would miss the year at this point last season, or that Chip Kelly would trade away LeSean McCoy and bench DeMarco Murray. It is almost impossible to look at a schedule and say with any confidence that this game will be easy and this game will be tough. That said, there do not appear to be many soft spots or incredibly tough stretches.

The Seahawks never play more than two games in a row at home or on the road. They alternate almost through the whole season. They only have one short week leading into a road game (MNF vs BUF and then travel to NE), and even that is going from Monday Night Football to Sunday Night Football, so there it is pretty close to a full week of rest. They get one long week when they host the Rams on Thursday Night Football in mid-December before hosting the Cardinals nine days later. That is a nice advantage over a division opponent.

We can hope that the 49ers, Saints, Dolphins, and Falcons are lesser opponents. Tampa Bay might be as well, but they really gained a lot of momentum as Jameis Winston grew into the position last year. The Eagles at home with Sam Bradford at quarterback could be a bit of a breather. At the same time, I could see every one of those games being tough. On the flip side, every game against the Rams and Cardinals will be a challenge. Playing in New England easily looks like the toughest game on the schedule. Another game in Green Bay is never easy. Home against Carolina will be epic, and should be a nice payback opportunity.

No matter the difficulty each opponent, there is something to be excited about with each matchup. There are no games against the boring Houston Texans or Detroit Lions or Tennessee Titans or Cleveland Browns. There is some intrigue and pop in every game next season.

Seattle has played the Dolphins just 11 times during the regular season in franchise history. The last time the Dolphins came to Seattle was in 2004. Ryan Tannehill, Jarvis Landry, Suh and others make this a fun matchup, and hopefully a comfortable win to start the year.

The first game in L.A. for the Rams since they returned. I care less about the Pete Carroll return storyline, but we will get to see the #1 overall pick in action and possibly our first chance for Thomas Rawls to outshine Todd Gurley head-to-head.

Chip Kelly? Thanks for hiring another guy that is easy to hate. Thanks even more for hiring a guy who seems incapable of adjusting to the NFL after the NFL adjusted to him. Who knows who will be quarterbacking for this game?

One of the best defenses in football last year, and a surprisingly good offense, this could be a nice early test for the Seahawks secondary given the quality of Brandon Marshall and Eric Decker.

Matt Ryan, Devonta Freeman, Julio Jones, Dan Quinn and what is certain to be an improved defense should be an entertaining matchup at home.

A Sunday Night Football game in the desert against the division champs…what’s not to like about that?

A historically bad defense from a year ago can only get better, but the real fun of this game will be that it takes place the day before Halloween in New Orleans. I’m pretty sure I need to go to this one.

A rare chance to play the Bills and an interesting team that is similar to Seattle. Tyrod Taylor was much better than people give him credit for last year, and could be even better this year. They have weapons in Sammy Watkins and McCoy, and a defense full of young talent.

Do I really need to sell you on this one?

Few things are are more fun than shutting up Eagles fans. My boss is an Eagles fan. This could get ugly.

Now we face the #1 overall pick from last year. Rare chance to travel to Tampa against a team with Gerald McCoy, Winston, and some quality young talent including Austin Seferian-Jenkins at tight end.

I went to Green Bay last year. Highly, highly recommend making the trip if you haven’t already. It was a terrific experience, even if the team came up short.

Back-to-back games against division powerhouses at home at the end of the year. No team has finished with more momentum than Carroll’s Seahawks the past few years. This sets up nicely for a late-season run for Seattle.