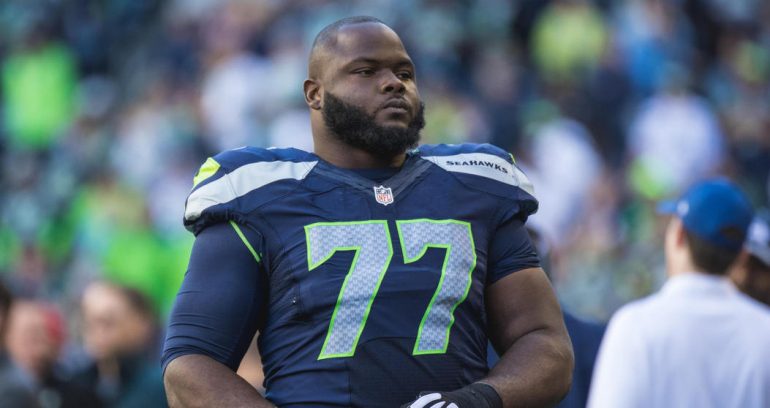 UPDATE: John Boyle, reporter for Seahawks.com, is confirming the deal for Rubin. Put it on the board. One down.

FOX Sports columnist, Mike Garafolo, is reporting that the Seahawks have agreed to terms with one of their free agent defensive tackles, Ahtyba Rubin. Rubin was #2 on the Hawk Blogger free agent big board.

Seahawks have agreed to a three-year deal to retain DT Ahtyba Rubin, source says. Was a priority for them.

Securing Rubin, who is a mid-tier free agent, before the market opens would mean the Seahawks could go bargain hunting at DT the rest of the way, knowing the draft is rich in defensive tackle prospects who could start right away. Seattle was always going to be in the best position if they could retain either Rubin or Brandon Mebane ahead of the draft. It is not out of the question that Mebane could be back as well, depending on the market.

Rubin started at 3-technique defensive tackle, and would be expected to return to that role, but he has played nose tackle in the past as well. Should the Seahawks not sign another defensive tackle before the draft, they could take a run-stuffing nose tackle in the third round, and still wind up with a starter. Pass rushers, who usually play at the 3-technique, often go earlier than run stuffers.

This is a solid first step for the Seahawks, should the report prove to be true. Now we wait on confirmation and contract details.