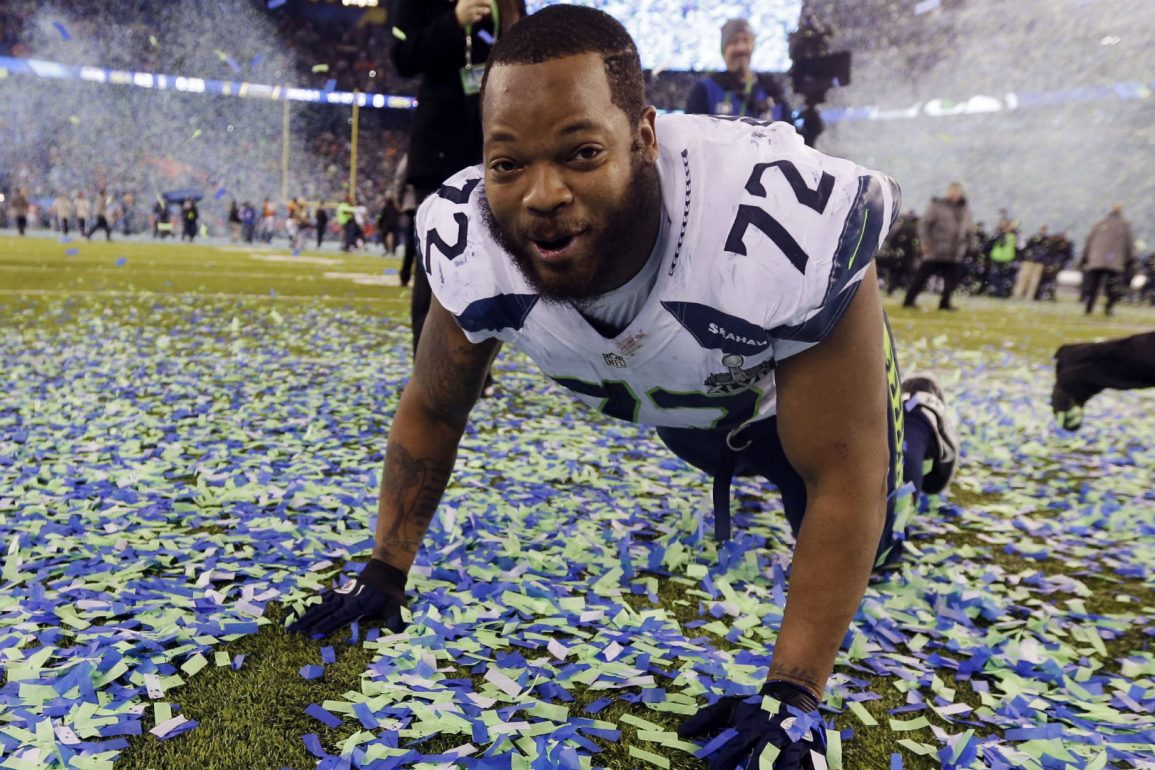 Bob Condotta, of the Seattle Times, reported last night that Michael Bennett and his agent Doug Hendrickson are meeting with the Seahawks about a possible contract extension. ESPN has already reported the two sides were scheduled to meet, but the “new news” is that it will be about an extension. Condotta goes in the article to describe an extension agreement as contradicting with earlier statements from John Schneider and the team about renegotiating deals with more than one year left on them. That is not quite accurate.

A renegotiation would be about more money without more years

Bennett has been complaining about his deal since last season. Specifically, he feels he has outplayed his contract and is underpaid. He has never, to my knowledge, said he wants to lengthen his deal or avoid free agency. That is because players rarely see free agency as a bad thing. It is their primary leverage in getting more money. Bennett has been trying to create his own leverage through the media.

Schneider has been clear that they do not renegotiate contracts, especially with more than one year remaining. Bennett has two more left on his deal. As far as I know, there has only been one renegotiation that resulted in anything positive for a player since Schneider came to Seattle. That was the conversion of some incentives to guarantees for Marshawn Lynch a few years back. Lynch technically got the same amount of money he was already due, so while it technically correct to call it a renegotiation of the existing contract, it hardly set a precedent players and agents could get excited about.

Renegotiations are far more commonly used to reduce a player’s salary. They happen when a player has underperformed their deal, has little-to-no guaranteed money left owed to them, and the team is threatening to cut the player.  The team use their leverage to say, “We are going to give you less money, but it will be more than what you would get on the open market.” This is what Kam Chancellor was worried would happen to him, and why his holdout was as much about guaranteed money as it was about getting more money.

For example, consider the following situation where a player is in the middle of their deal. They have already received their signing bonus money when the deal was first signed. Let’s say the player got a $20M bonus over a five year deal. The way the CBA works means the value of that bonus is prorate across the length of the deal, so $4M per year.

By removing $15M in salary and converting it to a signing bonus, the team can reduce their cap hit while the player gets more money right away.

Current Year: $5M salary + $5M pro-rated bonus on cap = $10M cap number (Player gets full $15M bonus, so they get $20M in this first year even though the cap only recognizes part of it)

You might wonder why teams don’t do this all the time. It seems like a win-win since the player gets more cash right away and the team clears cap room. This is like all credit situations—it can be powerful tool when properly utilized or devastating to your finances if mismanaged. The Patriots have done this effectively with Tom Brady. The Cowboys have done this horribly with Tony Romo. You are better off paying your debts when they are due in most cases as opposed to kicking the can down the road.

There does not appear to be much of a reason for the Seahawks to clear cap room and create bigger cap headaches later on, so this type of renegotiation seems unlikely with Bennett.

Extensions are about more money for more years

This perhaps belongs in the “duh” section of the blog, but since there continues to be mischaracterizations out there about the difference between an extension and a renegotiation, it felt worth writing. An extension happens when both the player and the team can agree on a player’s value in lieu of pending free agency. These only happen when the player is performing well and both sides want to continue the marriage.

The focus has been on why the Seahawks would not want to renegotiate Bennett with more than a year left on his deal. Most players would rather not sign an extension with more than a year left on their deal. The reason is that the farther away from free agency they are, the less leverage they have. A player doing great things on the field is almost always better off waiting until the team feels the pressure of their impending departure to strike the best deal.

One reason Bennett’s situation might be different is his age. At 30, he knows his ability to command top dollar when the deal ends in two more years will be limited. He very well might be at this peak of negotiating leverage right now. He has little hope of getting a mega-deal like the ones he commonly points to, but there is a chance to get agreement on more money with probably fewer guarantees.

Seattle, and any other club, would feel uneasy about guaranteeing top dollar to a 33-year-old defensive lineman. What they could do is give Bennett a two-year extension with some large dollar figures attached to it but no guarantees beyond his current deal. In essence, it would be a gentlemen’s agreement that if Bennett is still healthy and playing at a high level, the team will pay him what he is due. If his production falls off, the team could cut Bennett or renegotiate.

An agreement like that would give Bennett the recognition and respect he is seeking while also allowing the club to protect themselves from overcommitting to an aging player. The team could also choose to add some additional money in the form of a signing bonus to his existing deal.

Condotta posited in his article that something like that could lead to Richard Sherman or Earl Thomas coming back to the negotiating table early. Highly unlikely. Again, signing an extension early most often benefits the team, not the player. Sherman and Thomas are young enough that it would be foolish for them to avoid the advantages free agency offers them in terms of getting the best deal. If Schneider was renegotiating Bennett’s contract (more money, same years), then you would have the problem Condotta is describing.