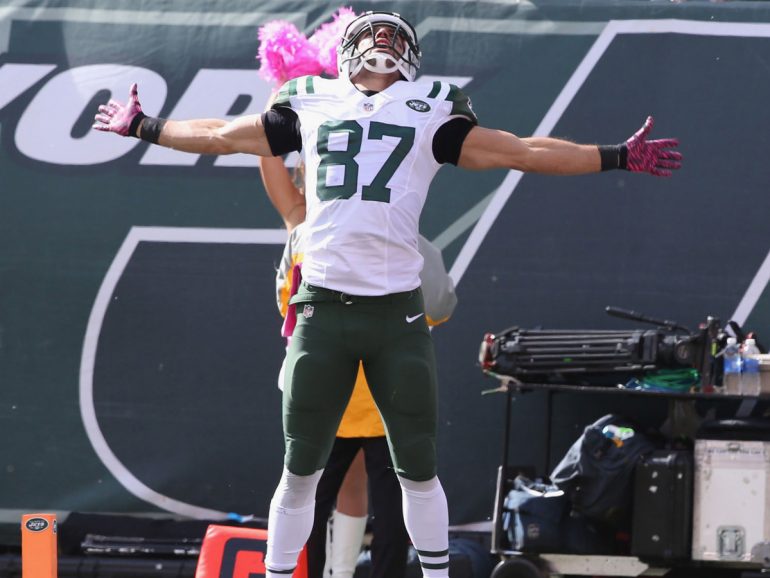 Forgive the Seattle Seahawks if they do not shed a tear for the Jets as some injuries have started to pile up. They have had more than their share to start the season, but are getting healthy at some key spots heading into this game while the Jets appear to be facing a rather dire situation at a key position. Leading receiver Eric Decker is not expected to play on Sunday due to a shoulder injury, and the team also lost their fourth receiver and kick returner Jalin Marshall this past weekend. That means undrafted free agent rookie receiver Robby Anderson becomes the third receiver.

The importance of Eric Decker

Decker made a name for himself in Denver and earned a big payday with the Jets via free agency. His production since arriving in New York has been impressive, especially considering the caliber of signal callers who have been throwing him the football. He finished with 80 receptions, 1,027 yards and 12 touchdowns last season as Ryan Fitzpatrick’s second favorite target. He accounted for 22% of the team’s receptions, 25% of the receiving yards and 36% of the receiving touchdowns. He was also a favorite third down target. Over 27% of the third down receptions for New York last year went to Decker.

Marshall was questionable himself last week with a knee injury, but is expected to play this week. He has been underwhelming thus far with just 12 receptions on 27 targets. He is averaging only 13.3 yards per catch and has yet to find the endzone. Enunwa is a valuable player, who makes his living in the slot, but has to have benefitted heavily from the attention that Decker and Marshall get each game. How he will perform without the benefit of Decker drawing away coverage and possibly with Marshall playing less than his best is a real question mark.

This will also force the elevation of undrafted free agent rookie Robby Anderson into the lineup. At 6’3″, Anderson has the physical skills to play the position, but it’s a big question whether he is ready to face one of the best secondaries in football.

On the flip side, the Seahawks received good news when rookie Germain Ifedi was a full participant in practice yesterday as he attempts to come back from a high ankle sprain. J’Marcus Webb has been an unsatisfactory replacement at right guard while Ifedi was recovering. Seattle should gain some more strength in the run game and better pass protection. Expect Ifedi to draw a holding call or two, but his return would be welcome news for a line facing one of the best defensive fronts in the game.