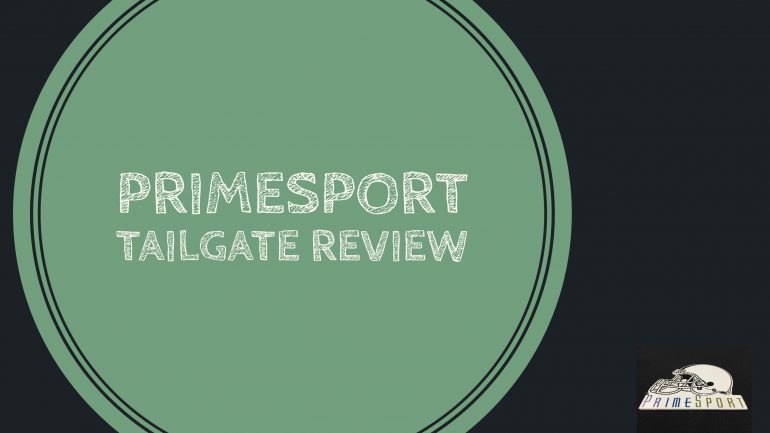 There was once a time when Seahawks fans could head into Seattle a couple of hours before a home game and have no trouble finding a table to sit and watch the early NFL games while enjoying some time with friends and family. As the popularity of the team has soared in recent years, it has become harder and harder to find that resting spot for pregame fun, especially if you have a minor in your group. My son and I have to leave our house by 8AM to have a chance to get a table in a restaurant, and even then, there is always some stress that we will not find what we need and have to wander around downtown to find an opening. That is why I was so excited when I heard about the tailgate party PrimeSport was starting this year.

Blessing of a reservation

One of the best parts of the PrimeSport tailgate concept is that fans can purchase tickets ahead of time, so there is no need to worry that you will lose a spot. Arrive when you want, and enter the stadium whenever you are ready.

Click the “SHOP NOW” button below and scroll down to the hospitality section if you already have tickets to the game. If you want to get game tickets and the tailgate party, you can choose one of the packages above. The party is located in Touchdown City (otherwise known as the convention center), right beside the stadium.

It begins at 10:30 AM, and wraps up by 12:30 PM. The event area is on the second floor of the convention center, roped off with a PrimeSport sign to help you locate it. There are roughly six or seven tables available. If you have a large party, you will want to get there early so you can all sit together. There were six of us, and we had no trouble finding three seats for myself, my son and his friend, while putting jackets over the other three seats we needed for our friends until they arrived.

They had two televisions setup so we were able to watch some of the early action. One TV had the NFL RedZone channel, which is really all you need. The other was set to whatever local game was being broadcast. I prefer a setting with NFL Sunday Ticket so I can watch the game(s) I am most interested in, but RedZone is an acceptable alternative. Being restricted to just local broadcasts would be a deal-breaker for my son and I.

They have added some additional entertainment since we attended:

PrimeSport is looking for more fan feedback as they optimize the experience this season.

Part of the allure of this party was it was advertised as unlimited food and drink. That means no needing to wait for someone to take your order or deliver it. It also means no sticker shock after having a few more drinks than you remember. Unfortunately, there was a snafu on the day that we went where the catering service did not have enough food ordered, and they ran out of the main course (stuffed chicken breast). They also ran out of wine.

This was the first time PrimeSport had held this event, so some hiccups were to be expected. I spoke with the organizer, and he assured me that they had worked out the kinks to make sure enough food and drink would be available for folks at future events.

The food they served was decent. There were vegetables, mashed potatoes, and stuffed chicken breast. They also had some desserts like brownies and cookies. Drinks were wine and a few different beers like Budweiser and Bud Light. You won’t find cocktails or microbrews.

The staff was friendly and environment was comfortable and clean.

A bit pricey for some

At $45 per person, the price could definitely be a little steep. The truth is that everything on game day is exorbitantly expensive, no matter where you go. It is typical for my tab to be over $100 for my son and I when we go to a restaurant for pregame. This was actually cheaper, and the price is fixed.

I don’t know if this is customary or was just the one time, but I noticed the price dropped to $35 per ticket on the Friday before the game. You risk having the event sell out if you don’t buy earlier, but you might be able to save a few bucks if you want to take that risk.