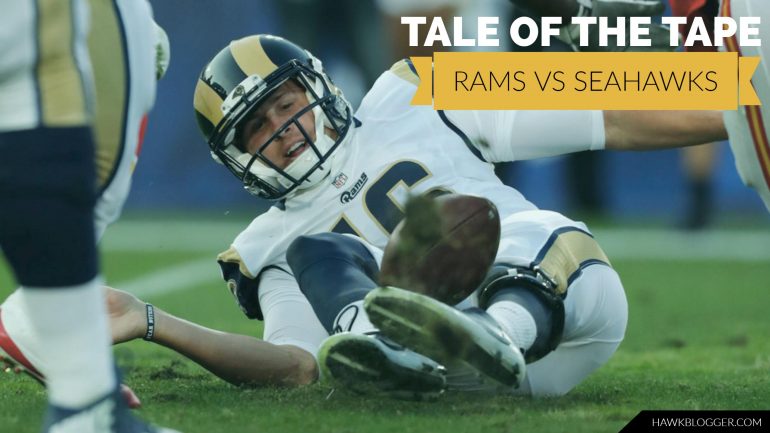 Tale of the Tape — Seahawks Way Better Than Rams, But Will It Matter?

We all know the script. Seattle can literally be a Super Bowl team and the Rams can be the worst team in the division, and they still manage to beat Seattle or at least make the game incredibly tough. This year has been no different. Seattle is about to clinch the NFC West Division title, and the Rams are so putrid they just fired the coach who received a contract extension a few weeks prior. The Seahawks are coming off their worst lost in a very, very, long time and the Rams are coming off a 42-14 drubbing. Yet, this Rams team beat the Seahawks already this year, and Jeff Fisher leaves as the only coach with a winning record (minimum two games) against Pete Carroll during his tenure with the Rams. Life is a bit hectic this week, so analysis will be light below. The charts speak volumes. 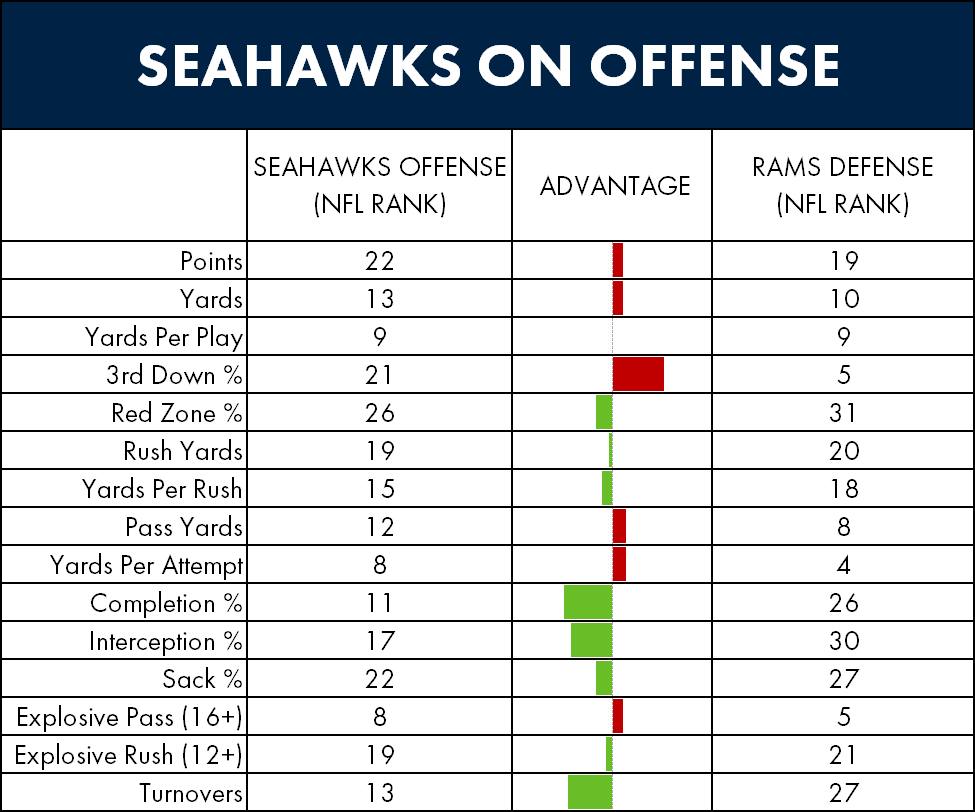 The Rams manage to play great third down defense, and the Seahawks have struggled there most of the year. LA also limits big play passes as well as any defense in the league. There is some reason to believe the Seahawks will have a tougher time moving the ball through the air than on the ground.

On the other hand, the Rams will be without a starting safety and a starting corner. They also will likely be without pass rusher Robert Quinn. Believe it or not, the Seahawks line held up reasonably well in pass protection in the first game. It was more an injury to Russell Wilson and some big offensive pass interference calls that stalled progress. Still, I’d expect the Seahawks to come out and feature the running game. Go old school. Use the run to set up the pass. Be the team Carroll said they would always be. The Rams are not great defending the run, which is inexcusable with the talent they have. Look for a heavy dose of Thomas Rawls and a lot of three tight end sets. Could be a big day for Nick Vannett. 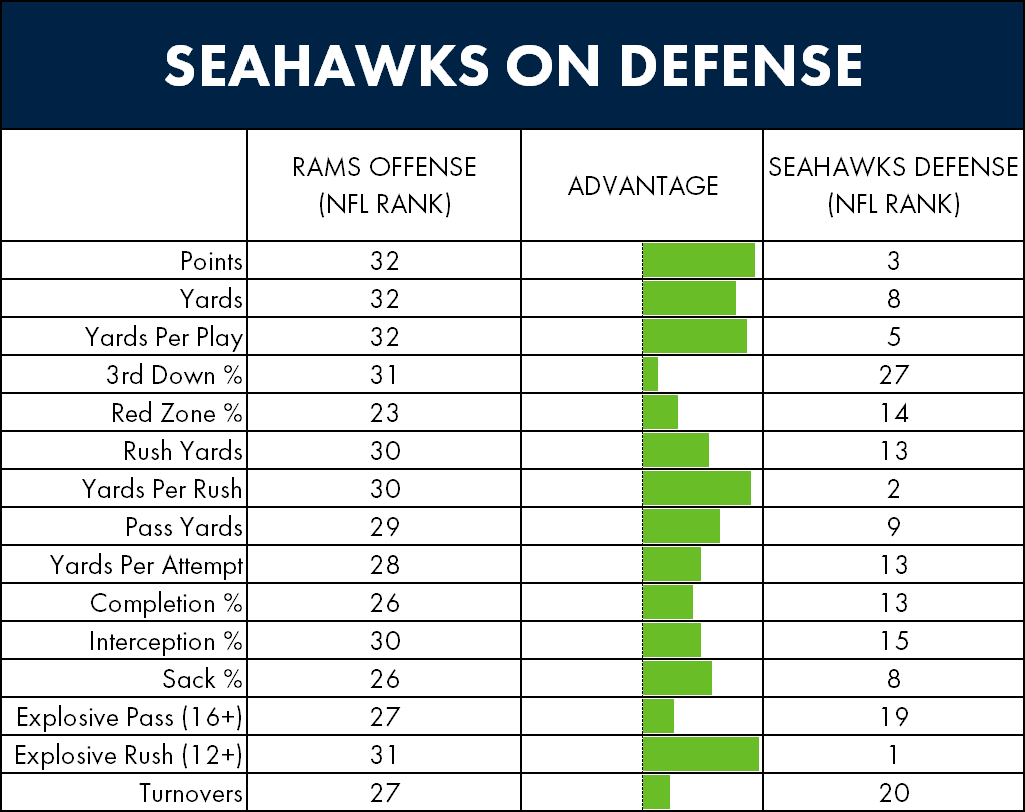 ALL the advantages. Seattle gets them all. The Rams offense is historically inept. This offensive line is far worse than Seattle’s. Think on that.

Always fear the Rams special teams shenanigans. Their special teams coach is now the interim head coach, so who knows what happens now. 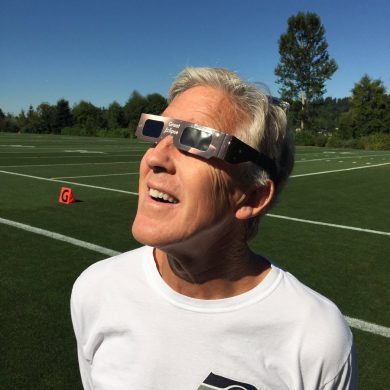