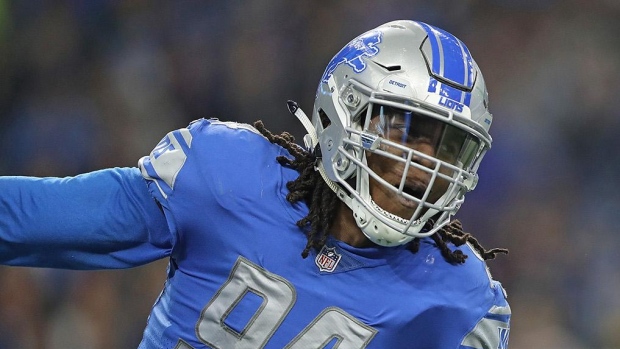 Ziggy Ansah is expected to be a key pass rush contributor for the Seahawks if he can stay healthy.

Real Hawk Talk roundtable: What do we make of the Ansah signing?

The Seahawks had a major need at edge rusher after dealing Frank Clark days before the 2019 draft.

The need only grew larger when the Seahawks weren’t able to add an EDGE player with any of their 11 draft picks, ramping up the importance of the post-May 7 free agent period, meaning any signing after that date wouldn’t factor into their compensatory pick formula for 2020.

Ziggy Ansah, the former Detroit Lion, had to be far and away the top guy on Seattle’s board at this phase of free agency as the team also brought in former first round picks such as Shane Ray and Nick Perry for free agent visits.

Seattle reportedly agreed to a one-year deal worth up to $13 million (lots of incentives) with Ansah late on Wednesday evening, and he is officially expected to sign on Friday.

With that in mind, the Real Hawk Talk crew collaborated to give their thoughts on the addition of Ansah and what it does to the overall roster:

Brian Nemhauser (@hawkblogger): Seattle is incredibly fortunate to have a player with a ceiling like Ansah available at this juncture and for this price. The risk is very high that he won’t be the impact player he has been in the past, but signing anyone in May who has a proven double digit sack credentials is a great move.

The other options for where to spend this money were not nearly as attractive. Even rolling the cap space over to next year is less appealing than adding a potential Pro Bowl pass rusher.

Even if he doesn’t ball out this year, he will likely be able to make the case that his shoulder was not fully healed and will be ready for a return to glory the following year. That will get him top dollar on the market and give the Seahawks a potential 3rd round comp pick for 2021.

The only downside to this deal would be if the Seahawks had a young pass rusher who would be pushed off the roster and lost due to Ansah’s presence. I don’t believe that player exists. Terrific move all around.

Nathan Ernst (@NathanE11):  Ansah is a soon to be 30-year-old who played just seven games last year and is already expected to miss up to a month of the upcoming season. Even adjusting his production for games missed, Ansah is coming off one of the worst years of his career. If we’re being honest, Ansah only adds more uncertainty to an uncertain pass rushing group.

But that’s okay. I wish we could have more confidence in this group going forward, but Seattle has enough lottery tickets with enough upside that it’ll be surprising if the group as a whole tanks. There’s no guarantee that Ansah will be the lottery ticket they win big on, but it’s nice to have that possibility in the mix.

Evan Hil (@EvanonHB): The Ansah signing is the cherry on top of a stunning off-season — the Frank Clark trade in exchange for a multitude of high-value picks (in addition to clearing cap space) and Seattle’s subsequent replacement moves have suddenly set up the Seahawks for a strong 2019 and beyond.

How can you not love this move? Ziggy is a top-five pass rusher when healthy and if $5.5M is the guaranteed price to play that lottery, I’m 100 percent in. The pass rush unit still isn’t “great”, but Seattle has absolutely made the moves necessary to add excitement to the position. Every Seahawks fan should be ecstatic about the team’s recent moves.

Jeff Simmons (@realjeffsimmons): I know I sound like Evan here, but this is another great addition to what’s been John Schneider’s best off-season since the Super Bowl years.

Even in the worst case scenario, Ansah’s shoulder doesn’t really recover and he’s unable to play more than a couple of games, the risk is so minimal based on the design of the contract, that the team really wouldn’t be hurt that much because you still have the flexibility — both from a cap or roster standpoint — to still bring in other edge rushers available to counteract the risk.

In the best case scenario, the upside is pretty damn good. The ceiling with the move is that Ansah replicates Frank Clark’s performance from last year as a pass rusher. That would be a huge get at this stage of free agency. Plus, if Ziggy hits it big with Seattle he’d re-hit the market next year and Seattle could recoup another comp pick, making the Clark deal even better. His PFF numbers show that kind of upside and the last two seasons that Ansah was somewhat healthy, he put up double digit sacks.

Realistically, the most possible outcome is likely somewhere in the middle, but hard to find any real qualms with this high-upside flier.

You can hear more thoughts about Ziggy Ansah and all other things Seahawks on our latest podcast.