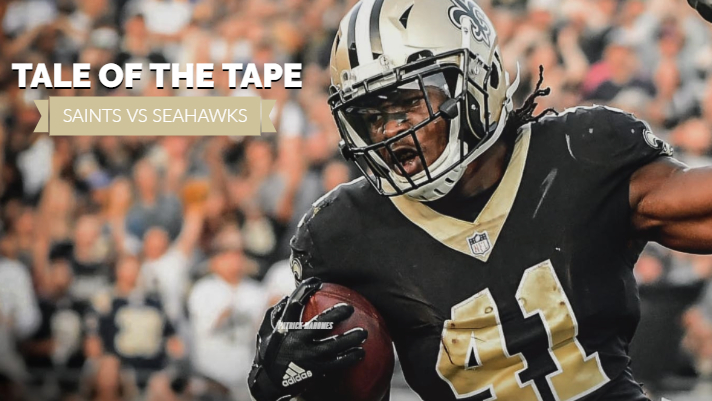 Tale of the Tape: Saints Defense Struggling, OL a Strength

What was expected to be one of the best games of the Seahawks home schedule has lost some of its luster after future Hall of Fame quarterback Drew Brees was lost to injury against the Rams this past weekend. Brees does not have the rings of Tom Brady, but there is plenty of evidence to argue he may be the better quarterback.

The assumption is that the Saints will be a pushover without their leader. They certainly are less dangerous and the Seahawks absolutely should win this game. I expected them to win even with Brees. It is rarely as easy or straightforward as one would think.

The Saints still have stars on offense and defense, a great coach, and a lot of pride on the line to prove this will not be a lost season while waiting for their quarterback to return.

Seattle is improving week-by-week, quarter-by-quarter thus far. They are expected to get back two or three key starters. Even the Saints best effort should not be enough to win this game. It may, however, be an uncomfortable ride.

Cameron Jordan is one of the best defensive players in the NFL. He is a terror coming off the left edge who can change a game in an instant…if the refs don’t blow the play dead. He will be licking his chops lining up opposite Germain Ifedi. He is not alone.

New Orleans boasts the top sack rate in the NFL with edge rushers like Jordan, Marcus Davenport, and Trey Hendrickson, as well as interior rushers like David Onyemata and Shy Tuttle.

The Seahawks struggles in protection and in identifying blitzers in the first quarter last week in Pittsburgh. They must do better. They have shown that they can, and will need to prove it again this week.

The Saints are a team built around a powerhouse offense and a complimentary defense. When that offense struggles, the defense is not built to win games on its own against quality opponents.

They are struggling this year in coverage and in run defense. Seattle found a rhythm last week in the quick passing game that neutralized the fearsome pass rush of the Steelers. If they can replicate that quickness, this could be a very big day.

David Moore could make his return to the lineup this week, and most fans have forgotten his ability to make big plays. The potential of D.K. Metcalf, Tyler Lockett and David Moore all being on the field at the same time will challenge defenses vertically in ways a player like Jaron Brown or Malik Turner do not.

The Saints rank #27, #31, and #27 in defending opposing teams #1, #2 and other wide receivers, according to FootballOutsiders.com. The emerging Seahawks receiver group should have another strong day.

New Orleans has also struggled against the run. Seattle did better last week, and should improve as the offensive line plays only their second week together as a unit with Mike Iupati. D.J. Fluker might not be able to play, which would mean Ethan Pocic would step in. Both struggled against the Steelers.

Given the Saints challenges at the linebacker level after losing another player to injury, this could be good day for tight ends and running backs.

Alvin Kamara remains healthy, and the Saints offensive line is great. They have two solid tackles, a good center and quality guard play. Teddy Bridgewater will have a week to prepare for playing this time, and should look better. Taysom Hill is a unique weapon who could play plenty of quarterback, receiver and H-back.

Michael Thomas is one of the best receivers in the game.

The hope is that Ziggy Ansah will return and Poona Ford may come back as well. Ford may be the more important addition of the two. Stopping the run in this game will put even more pressure on the passing attack with backup players manning the position.

A return of Ansah could allow Jadeveon Clowney to emerge more with fewer double teams. The Saints had to put a receiver on IR this week and a few of their others receivers are hobbled. Seattle should be able to shift coverage to Thomas and force anyone else to beat them.

Jason Myers has not hit a field goal yet, but has only tried one. The Saints have shown the ability to kick from distance.