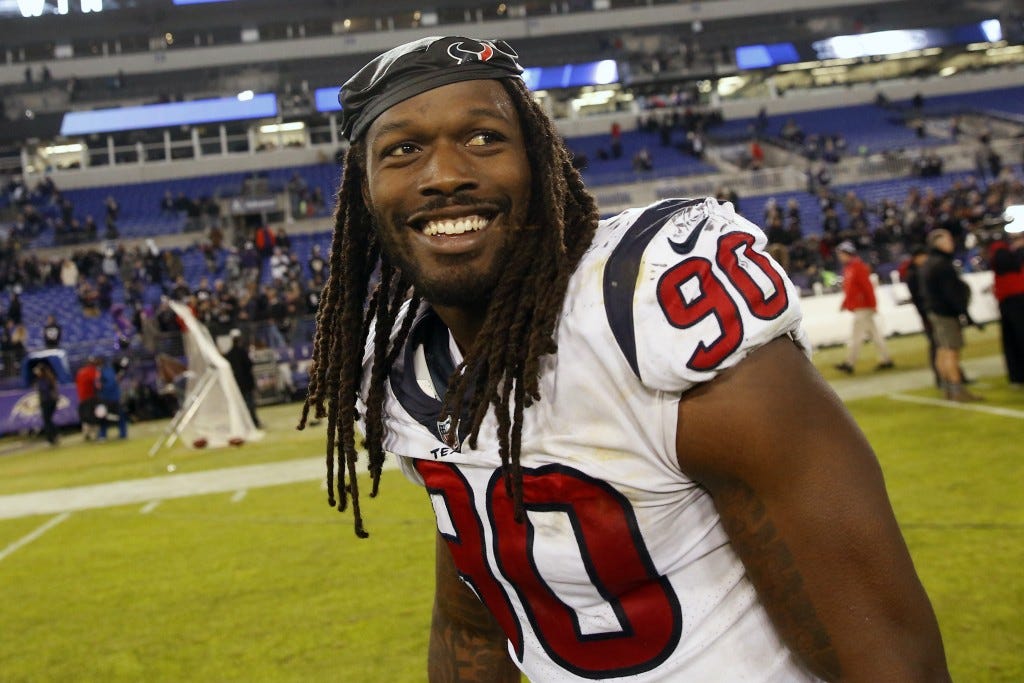 Where Are the Seahawks Better Than Last Year?

It was a year ago that the prevailing wisdom was that the Seahawks took a significant step backward in talent and were going to be fortunate to win eight games. Some projected them to win as few as four or five. It was at this time that I was starting to wonder if the national perspective might be missing some steps forward on the roster and wrote a piece breaking down each position group to see where I saw changes in talent. It turned out to be relatively accurate in predicting a better running back corps, offensive line, and a declining secondary so I decided to do the exercise again for the 2019 season. The results were intriguing, and certainly open for debate.

There are a variety of grading systems out there for NFL players. For this evaluation, I chose a simplified version of the scouting scale. The basic premise here is to group players into buckets: All-Pro (top 2-4 at their position in the NFL), Pro Bowl (among the best at their position in the conference), Starter (quality starter), Rotation (quality contributor), Bench (roster-worthy, but only plays if situation demands it), Non-NFL (not worthy of being on an NFL roster). This is almost completely subjective, and comes with all those caveats in mind. You should absolutely look at the grades I give with a critical eye and decide if you think they are too high or too low. I will call out where I had a tough time deciding. My goal was to get a basic feel of which position groups were ahead and behind of where they were last year. Important note: My focus was on key roles likely to see the field versus judging the quality of talent across the entire 53-man roster. Let’s get into the results.

I expect Russell Wilson to be better this year, and he was damn good in 2018. This is the year we see him become one of the 2-3 best quarterbacks in the NFL. I also believe Geno Smith is better than Brett Hundley. Let’s hope we never have to find out if I am right.

This group could take another big step forward if Rashaad Penny shows some of the improved quickness I saw during training camp but did not see much of during preseason games. I’m only projecting minor improvement for Penny.

The big jump is more dependent on the health of C.J. Prosise. He’s an explosive playmaker in the style of Alvin Kamara. The only knock on him is his durability, and the truth is he probably will get hurt again. It’s not disastrous if he adds nothing this year. Other players will fill in. If he can stay healthy, though, watch out. This offense is far more dangerous.

This one can be debated for sure. I have Doug Baldwin as between a solid starter and a Pro Bowler last season. He was hurt much of the season and was not himself. I have Tyler Lockett as a near-All-Pro, and stand by that.

The rest involves a ton of projection. Who knows whether David Moore has improved as coaches have indicated? Or whether D.K. Metcalf will be able to accelerate past the meager accomplishments of most rookie receivers? Malik Turner, John Ursua, and Gary Jennings are all unknowns.

The only reason this isn’t a major step backwards is the team had a really mediocre receiving corps last season as well.

It would not surprise me if Metcalf and Moore were better than I have them graded, and this group ends up being better than last year.

Will Dissly’s return is way under the radar for people nationally. He was a better receiving target than Jimmy Graham in the couple of games he played last season, and a great blocker. He appears most of the way back from his injury, and that means the team has a guy with Pro Bowl upside instead of a guy in Nick Vannett who is much more of a rotational talent.

The other aspect is that George Fant played a ton of tight end snaps, and that meant less optionality in play-calling and less disguising. Dissly can block and catch, and defenses will need to account for both.

Ed Dickson will return at some point. I hope Jacob Hollister is added back to the roster soon from the practice squad.

This group is largely the same as last year. We could argue Mike Iupati is a better player and a better fit for Mike Solari’s scheme than J.R. Sweezy. That is true, but we can’t count on Iupati playing that often this season. This group is solid across the board, but guard depth is going to be super thin until Iupati gets healthy and Phil Haynes comes off PUP in six weeks.

Boy did it feel good to write Jadeveon Clowney on this list. Clowney has been a Pro Bowl player for years and I see him playing his best in this scheme and with this team. He could push into the All-Pro range. If he does start at the 5T end position, that is a major improvement over Quinton Jefferson.

Poona Ford is nearly as big of an improvement over Shamar Stephen. He’s done nothing to dissuade the big talk about his potential this preseason.

Jarran Reed will miss six games, and I have a feeling he won’t be the same player he was last year, but that’s just a gut feel. I decided to leave him as the same grade.

Ezekiel Ansah is a tough projection. He has been a Pro Bowl level defensive end when healthy, but he’s not healthy very often. I’ve got him as an above average starter. It would be a pleasant surprise if he was roughly equivalent to Frank Clark. I have him as a minor step back.

Look just at the top four defensive lineman, and there is a massive jump compared to last season. The depth is a little more varied.

Al Woods is a sleeper who could be a far more valuable player than fans realize. He is better than Stephen for sure.

There are a ton of questions after that. Even with some steps backward in depth, this group is still the most improved on the team following the Clowney acquisition.

Everyone knows Bobby Wagner. Mychal Kendricks has been the best linebacker on the team during preseason, and will be a major upgrade over Barkevious Mingo. Mingo was a horrible tackler and had little ability to play in space. Kendricks can do all that and blitz.

The idea of Kendricks playing off the shoulder of Clowney has to get Seahawks fans excited and opposing right tackles and tight ends quaking in their cleats.

K.J. Wright is a tough one. We know how great Wright has been, but he showed signs of significant decline last season. Even if he has slowed, he will be an improvement over what the team ran out in his place last year.

I debated projecting an improvement for Shaquill Griffin, but he has not shown enough to merit it. Tre Flowers has shown a little more, so I am giving him a bump.

The nickel corner appears to be in far worse shape than it was last season. Ugo Amadi, Akeem King and possibly Parry Nickerson could change that in time.

This group is really flat year over year, with a projection that Marquise Blair is a better player than Delano (now Lano) Hill was a year ago. Lano Hill could wind up playing over Blair.

No more Blair Walsh Project or Sebastian Janikowski. Jason Meyers was a Pro Bowler last year and has shown the ability to hit from 60+ yards. Michael Dickson looked shaky during the preseason until the final game where he started booming again. We could see a change in returners, but there is no certainty there yet. Let me start by pointing out a few caveats. Not every position is of equal importance. Meyers being better than Janikowski is not nearly as important as even a slight improvement in Russell Wilson’s play at quarterback or any drop-off from Coleman to Amadi/King at nickel corner. I did not weight these grades.

Also, the difference between an All-Pro player and a Pro Bowl player is massive, let alone the difference between an All-Pro and a quality starter. The drop-off from a 5 to a 4, or a 4 to a 3 is not linear. Beyond that, a team is better graded by how many truly elite players they have on the field. Dominant players win games far more than a well-rounded collection of average players.

To that end, I am projecting eight players with a grade of 4.0 or better, compared to eight players who I gave that grade to on last year’s squad. That would indicate a pretty flat top-end of talent, but I have six players at 3.5 compared to three players at that grade from last year. That implies there are some guys who could step up and be borderline elite contributors.

These are all projections based on limited sample size and impossible-to-project injury situations. I am sure I have missed other shortcomings of the methods used in this article.

That said, my goal was to gauge for myself where things might be for this team relative to the 10-6 squad we saw last year. It helped in that regard. Even the areas where I see weakness (CB, S) are probably not major steps back. I don’t think highly of Tedric Thompson, but he played all last year, so the team should not expect a drop in performance.

The improvement to the front seven is significant and could translate to one or two more wins by itself. Wilson taking the next step in his development would be worth at least a win or two as well. The offensive line feels ready to be a foundation for the offense to build on. Tight ends should be better. Receivers have the widest potential of outcomes. They could be a serious hole or could become a strength.

The acquisition of Clowney feels as significant as any John Schneider has made during his tenure. This whole roster has taken clear steps forward the last two seasons. The time now comes to show it.