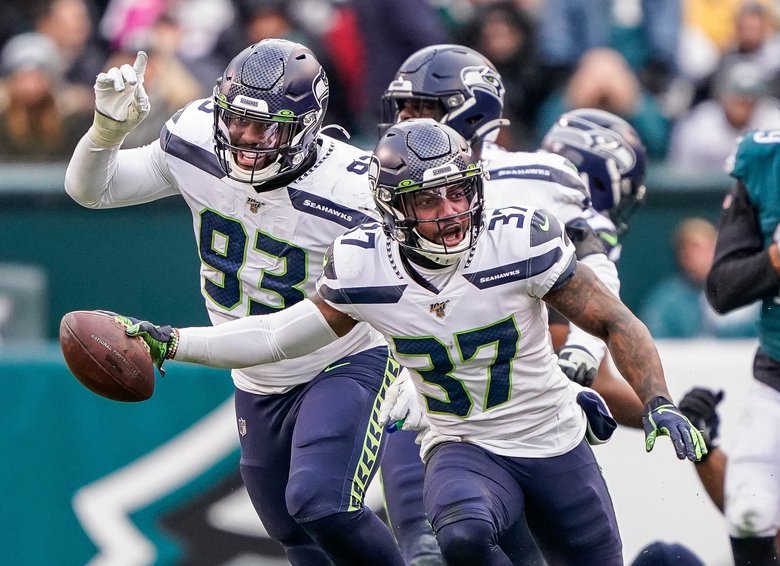 The Morning Before: Thankful

It is Monday morning. Time to get back to work, school, or just your normal routine. Thanksgiving has come and gone. A full weekend of football has been played. It is dark in the Northwest. The deep dark that comes this time of year in Seattle, and feels like it compresses the day into a sliver. Tonight, though, the lights will shine. Eruptions of energy will pulse through the region, emanating from the heart of the city. The Seattle Seahawks are playing. In November. For the division lead. In front of the nation.

A game at home, while vying for a division title, against a terrific NFC opponent battling for seeding, in prime time. The last time the Seahawks played a game that met that qualifications was December 2nd, 2013. They were 10-1 and facing a 9-2 New Orleans Saints crew on Monday night football.

A loss would have dropped the Seahawks into a tie with the Saints, with New Orleans owning the head-to-head tiebreaker. Seattle did not lose. They blew the doors off the Saints 34-7 and cemented their primacy over the NFC.

That was six years ago. To the day.

Most of what I hear regarding the Seahawks defense is that they need to prove themselves. They have only been good for two games, and their last game was against a debilitated Eagles offense. While I understand all the qualifiers, they are misplaced.

This Seahawks defense was so bad for most of this season that it did not matter who they faced. They were going to hemorrhage yards and points and not come close to pressuring the quarterback.

Time and again I wrote my Tale of the Tape article detailing just how weak the opposing offensive line was, and each week the Seahawks defense showed no ability to rush the passer.

Point is that this defense made the Bengals, the Browns, the Falcons, the Bucs, look like powerhouses. Matt Schaub led his team to 510 yards of offense against this team. Don’t talk to me about the impact of missing Nelson Agholor or Lane Johnson for Philly, especially when Seattle was missing Jadeveon Clowney and Jarran Reed.

Two things are very true in this case:

Minnesota is arguably the most balanced and talented offense Seattle has faced all season. They can run and throw, and have dynamic skill players across the board.

A good performance against the Vikings will look something like 5.0 yards per play and fewer than 24 points. Minnesota has scored under 24 points four times this season, and are 1-3 in those games.

A great performance would be holding them to 4.5 yards per play and under 17 points.

While everyone is so focused on the improved pass rush, and for good reason, they are missing a foundational improvement that may be enabling some of that pass rush. Seattle was an awful run defense for much of this year. That has changed the past three weeks.

Four of the Seahawks first eight opponents rushed for over 5.0 yards per carry against Seattle. Six of eight averaged over 4.0 yards per carry. That led to a 30th-ranked 4.9 average yards allowed every time the opposition ran the ball.

Since the game against Tampa Bay, the Seahawks have cut that number to 3.8 yards per carry. That is even a little misleading given Carson Wentz piled up a decent chunk of the Eagles rushing yards on scrambles to inflate their average.

Dalvin Cook is every bit as important to the Vikings offensive success as Kirk Cousins. Seattle needs to be able to slow Cook in order to make Cousins’ task that much more difficult. More 2nd and 8+ instead of 2nd and 5 or less.

The Vikings are a committed running team, much like the 49ers. Seattle shut down Matt Breida to the tune of 10 carries for 18 yards. That is wishful thinking against Cook, but a similar focus on slowing the run is key to this game.

The news on Clowney’s injury is mixed. What we know for sure is he won’t be 100% healthy the rest of the year. He also may make the injury worse at any time and be done. It’s dicey.

What we can celebrate is that he is set to play tonight with Ziggy Ansah and Jarran Reed and Quinton Jefferson and Shaquem Griffin and Rasheem Green for the first time since all have shown signs of reaching their combined potential.

The Vikings offensive line is the worst Seattle has faced in a while. Minnesota protects Cousins by having him utilize a ton of play action. He uses a play fake on 32.8% of this pass attempts, per ProFootballFocus.com, which ranks 3rd in the NFL for passers with at least 70 dropbacks. Russell Wilson is at 27.5% (8th), in case you were curious.

You could argue that since we cannot control whether Clowney stays healthy enough to play, the performance of Ansah looms even larger.

He was an absolute zero the first ten games of the year. Then, he was a force. He did most of his damage against a quality tackle in Jason Peters. Can he bottle that up and play great in front of this raucous home crowd? Super important question.

Griffin will be fascinating as well. His speed rush has not been unleashed at CenturyLink Field.

This will be the biggest test for the newly shaped secondary. Stefon Diggs is terrific. Kyle Rudolph is great. Cousins has put up Wilson-like numbers. This is not Garoppolo or a struggling Wentz.

Quandre Diggs has been a settling force. Bradley McDougald has improved. Tre Flowers is coming off the best game of his career. Jamar Taylor is no longer here to crush our dreams.

Improved coverage is also a quiet contributor to a better pass rush. This is a terrific chance to see where they stand.

The Seahawks have been 9-2 (or better) precious few times in franchise history. Never before has the team been so successful with so many fans clinging to criticisms of the team, primarily the head coach.

For those of you who do not frequent Twitter or Reddit or other places where over-obsessed fans congregate (I’m one of them obviously), the general tone is that the Seahawks are winning in spite of Carroll, not because of him.

The primary cause for criticism started last year with a focus on how Seattle was relying too heavily on the running game. That apexed during the dreadful playoff loss to the Cowboys when the Seahawks stubbornly stuck to the run when it clearly was not working.

That argument has subsided a bit this year as the Seahawks are passing more than running and Wilson has been having his best season as a pro. It has now mostly shifted to Carroll’s in-game decisions around things like when to go for it on 4th down.

Analytics generally encourages going for it on fourth down, even in situations that most people would not think to do so. The Ravens are a great example of this. They obey the probabilities and have benefitted greatly from it.

Just yesterday, they went for it on 4th and 1 on their side of the field near the end of the game. If they had not made it, the 49ers would have needed just a first down or so to kick a game-winning field goal. The Ravens did get the first down, and went on to run out the clock and win the game on a last second kick.

There is no doubt the Seahawks are on the wrong side of the 4th down decisions this year. Carroll’s propensity to rely on his gut in the moment is a flaw in his makeup, and an area he would be wise to delegate to a quality control coach who can handle the situations less emotionally.

That said, all this persistent criticism of Carroll is unfortunate. Not for Carroll. For fans.

Having been a fan of this team for most of its existence, I know what we are experiencing now is incredibly rare and precious. Never has the franchise been this successful for this long.

While so many are throwing shade Carroll’s direction about his 4th down decisions, they are completely missing the miracle he and Schneider are performing.

Show me a team that has turned over the number of starters Seattle has over the past 2-3 years, many of whom are Hall of Fame level talents, and managed to have a winning record every year. You won’t find any.

That this team is 9-2 and in serious contention for the top seed in the NFC just a season or so from losing Kam Chancellor, Richard Sherman, Earl Thomas, Doug Baldwin, Michael Bennett, Cliff Avril and more is mind boggling.

Even if it somehow is all one person, it is the head coach who makes the decisions about how to shape the team.

Look around the NFL. You have Jason Garrett wasting great talent in Dallas. Freddie Kitchens talking about t-shirts in Cleveland. Sean McVay struggling to prove he can sustain success more than a season or two without having the most talented roster in the league.

Of course Carroll has flaws. They should absolutely be talked about and we should hope they get addressed. I just hope folks can take a step back and appreciate what this coaching staff and front office are providing us.

You can count on one hand the coaches in this league that have been able to build even one championship-contending roster. There may be only two or three who have done it multiple times. There is at least as much to learn by studying how those coaches have sustained success as there is by pointing out where they are falling short.

There is not right way to be a fan. Folks who want to remain angry have every right to be. I’m choosing to be thankful for a chance to cheer on a team with great potential, full of fun personalities.

That won’t stop me from spitting fire when they stumble. It just makes the journey one I won’t regret appreciating.