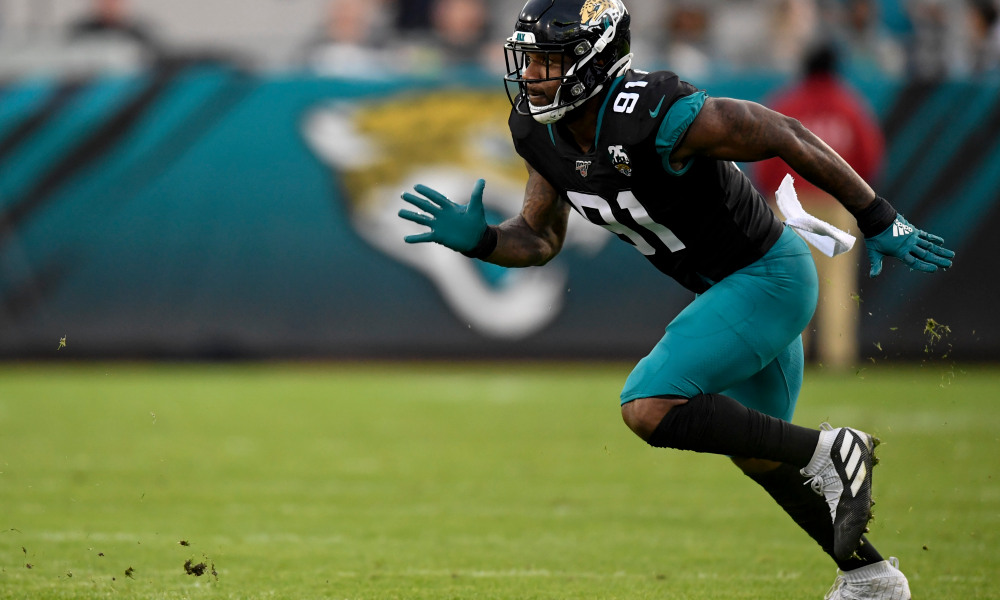 The Seahawks were a modestly talented roster last season that lost more games to injury than any team in the NFL, and still were in position to win their division and win multiple playoff games. Russell Wilson was the best he has ever been. Chris Carson, Shaquill Griffin, D.K. Metcalf, and Tyler Lockett all played at, or near, blue chip level. Seattle has tons of cap space and a bundle of draft picks. This offseason will set the ceiling for this franchise over the next three years. Let’s take a look at the current Seahawks roster by examining the state of each position group.

Right tackle Germain Ifedi is a free agent. As are George Fant and Mike Iupati. Justin Britt is coming off a knee injury, and would save the team nearly $9M in cap space should the team cut him. Duane Brown played injured all of last year, and should be back and better next season at left tackle. D.J. Fluker is under contract and seems likely to return at right guard.

Jamarco Jones showed promise at guard, and while he struggled mightily in his one game at left tackle, I still think his biggest value could come at right tackle. He is a candidate to start at guard or right tackle.

Phil Haynes was a rookie who played only one game, but did well in the playoffs against the Packers. He is a guard, but has been cross-trained a bit at center.

The team needs to add at least one starting-caliber right tackle, and would be wise to find a new center. From a pure need perspective, this position group is not in the worst shape. There are some promising young players who could make this group better and cheaper.

The reason this group nets the top spot is that this is a pivotal offseason for how they remake this offensive line. They had a chance to do this in 2015 offseason and totally blew it with a foolish strategy involving unproven youngsters (e.g., Rees Odhiambo and Garry Gilliam and Patrick Lewis) who had shown little upside and overpriced subpar veterans like J’Marcus Webb and Bradley Sowell. It also earns the top spot because of how important it will be for maximizing the impact of Wilson on the team.

One of the worst decisions this team could make is locking up $9M in cap space in an average starting center. What would make that even worse is if they signed a below average right tackle like Germain Ifedi back for significant money, or really any money.

I would be supportive of signing George Fant with the idea that he could play right tackle and will be a better pass protector than Ifedi for what should be far less money. If that cannot happen, then spending top dollar on a quality right tackle like Jack Conklin would be terrific. Finding a good right tackle could have a massive impact on this team. I’m not someone who advocates spending big in free agency very often. This is the position to do it.

Seattle has a ton of free agents from this group hitting the market. Everyone knows about Jadeveon Clowney. There is also Jarran Reed, Al Woods, Quinton Jefferson, Ezekiel Ansah, Branden Jackson, and Bryan Mone.

The only players left are:

This was a team that struggled to generate pressure last season. Of the players listed above, only Ford is someone who has proven he is a starting caliber player, and even he was not the force we had hoped for last season.

Green has shown steady improvement, but has not become a disruptive figure that any opponent spends time worrying about.

None of the rest of the players should be counted on for anything. If they perform, great. Build a roster that does not rely on that happening.

I would like to see the team get at least two top-shelf players from the deep defensive line free agency pool. That could be Clowney and a DT (e.g., Jordan Phillips, Chris Jones) or even two defensive ends like Arik Amstead and Yannick Ngakoue.

Again, this is a place to spend that money. It is also why I am so emphatic about the importance of cutting Britt. The cap spend needs to shift to true impact players.

There are also tons of second and third tier players like Reed and Timmy Jernigan and Woods who can be had for less money and be meaningful contributors. Seattle probably needs to sign at least four defensive linemen through free agency. They might need more.

There are people who will tell you Tre Flowers is a very good starting cornerback. I am not one of those people. While the former college safety has made clear strides in his first two seasons, he is still a liability in coverage and too often exploited.

We finally saw him make more plays on the football, but we also saw some immature defensive pass interference penalties and lots of soft zone coverage without elite anticipation and break on the ball.

I think Flowers can become a good corner. I also would not rely on it. He needs competition from a veteran corner. A guy like Chris Harris would be ideal since he can play outside and in, and would allow Flowers to be limited to nickel packages when Harris would slide inside to play slot. Harris will not be cheap, and may not be interested in coming here.

Ugo Amadi is a promising player, but he was far from reliable in his snaps at nickel.

There are a few free agent corners out there worth kicking the tires on, but I’d bet Seattle’s best chance to create competition here will be through the draft. It could even be an early pick.

I think Dissly is a blue chip tight end. He has sustained two major injuries and that might mean he is not the same player or bound for another. I think he is going to pull through and be a guy the team can count on.

At the same time, they need to add a reliable alternative who is more capable than Hollister. Austin Hooper was a name worth considering, but this is not where I would spend Tier 1 free agent dollars.

Guys like Tyler Eifert and Greg Olsen are far more appealing blends of proven production and smaller financial commitments. At the time of this article, the team announced they had signed Olsen.

That means they have someone who can act as a starting tight end if Dissly does not make it back to peak form, but also now have three legitimate receiving threats at that position, to go along with quality starting receivers. That is a big deal.

Olsen does not need to be great to be worth his contract and have a real impact.

The team is probably done here, but could add in the draft in a prospect they love falls to them.

Seattle solidified this position group last season when they drafted Metcalf. He and Lockett should become one of the best receiving duos in the NFL.

They would benefit from a strong slot receiver. John Ursua might be the exact right player to fill that role. Guys like Malik Turner and David Moore are fine for fourth and fifth receiver spots, but have not yet shown starting talent. Moore seemed headed that way, but had a very disappointing 2019.

The draft is stocked with receiving talent. It is always a good idea to draft where the talent is as opposed to forcing picks based on need. Nobody would complain if the Seahawks added a third star receiver and a guy like Ursua popped.

There is a bushel of vet receivers on the free agent market that Seattle can consider bringing in after addressing their other needs.

The Seahawks may be in a tougher spot with this position than people realize. Bobby Wagner was not his elite self last season either due to scheme changes or age. Between he and K.J. Wright, the team could get really old at this position, really fast.

Cody Barton and Ben Burr-Kirven did not do enough to make me feel confident this position is in good shape. They both should make a big jump next year, and are promising prospects.

The team should not re-sign Mychal Kendricks. He was not the impact player he had been, and only encouraged the coaches to play more base defense.

I would like to see the team add some more young talent to the mix. Preferably, a great athlete with raw talent who could be developed. Players like that are often available in the mid-rounds.

Seattle would be wise to add some fresh legs to the backfield late in the draft and with undrafted free agents. It would be foolish to use another early pick on this position, and would be even less wise to spend any kind of big dollars in free agency. Maybe a vet on a very small deal could make sense, but younger players are far more preferable for this position.

That last part is harsh, but I’ve seen enough to know neither of these two players are part of the solution. The team would be better off bringing in fresh talent to compete for snaps, even if only to improve special teams.

Quandre Diggs should be a starter for a few years and the combination of Bradley McDougald and Marquise Blair give the team some quality talent at the position. If you can add another young player in the draft here to push for playing time on defense or special teams, go for it.

I would be supportive of the team going back to a three quarterback approach to the roster. You need a veteran who can come in and win you a few games if need be, but there is also a chance to develop young talent at the most valuable position in the sport.

New England famously drafted guys like Jacoby Brissett and Jimmy Garoppolo in early rounds despite having Tom Brady on the roster. They then turned those prospects into future bounties.

The Seahawks were rumored to be seriously interested in Patrick Mahomes in the first round before the Chiefs traded up to get him. Imagine how this roster might look if the team had drafted Mahomes and then traded either him or Wilson to fill out other parts of the roster.

Finding a great QB is never easy, so there is risk in utilizing one of your picks on a position where the need is not great. You also know you won’t be adding 10 players to your roster from the draft and regularly trade picks to move around the draft board. Seattle would be wise to start applying some draft capital to this position.