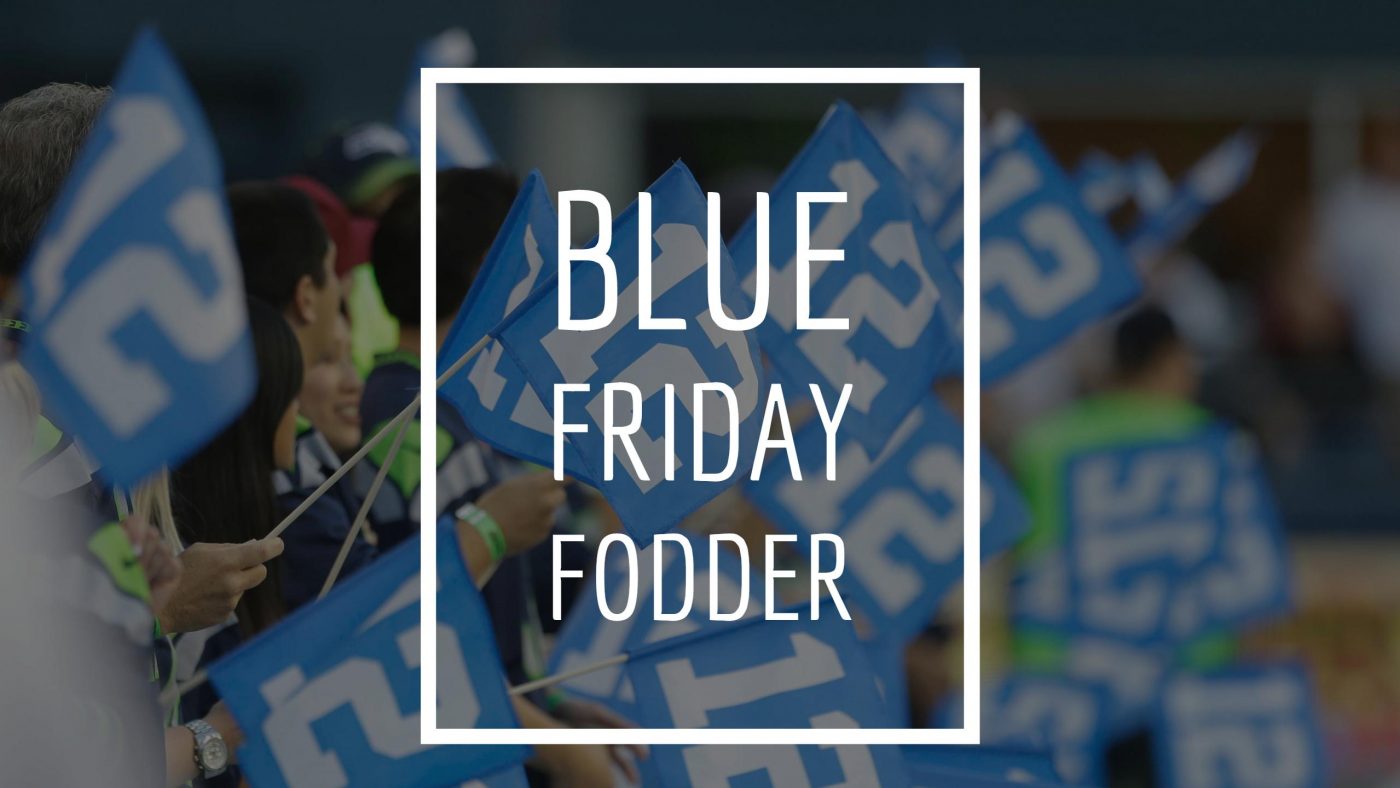 The 2021 season is upon us. Seattle starts by traveling for a 10AM PT matchup with the Indianapolis Colts. Neither team is garnering much in the way of preseason hype despite the fact that both won 11+ games last season. When the ball is snapped for the first time this weekend, I will have my eyes on a few specific players who could have an outsized impact on the Seahawks fortunes.

Coming of a record-setting sack season for a defensive back, and a 2nd team All-Pro accolade, it might be surprising to see Adams listed here. This is more to do with my perception of what kind of player Adams can be compared to what he was last season.

Many Seahawks fans have hated the Adams addition from the start due to the exorbitant draft pick cost to acquire him. They enjoy demeaning his role as “blitz boy,” and a joke that he is more linebacker than safety. While it is not worth the time to debate the trade compensation, I do believe these folks are dramatically underestimating the player Adams can be.

Some fans compare Adams to Kam Chancellor. I see much more Troy Polamalu than Chancellor. Adams can wreak havoc at the line of scrimmage in a way that is very similar to what Polamalu did for the Steelers. He is smart, instinctive, and tenacious. Where Polamalu was better at picking the ball off, Adams is better at rushing the passer. It is not a perfect comp, but the style of play is what feels similar.

Opponents had to game plan for Polamalu in ways that few safeties required. Pittsburgh would move him all over the line and send him as a blitzer just enough to strike fear in opposing offensive lines. I expect something very similar for Adams this season.

All signs point to last year being the floor for what he can do. He was traded very late in the offseason and had limited time to get up to speed on the defense. He battled four or five injuries, and had a very slimly defined role that sent him on far more blitzes than we should expect this year.

Polamalu is the only safety to win defensive player of the year in the last 13 years. People scoff at the notion that Adams has that ceiling. I believe he does. He could put together one of the best seasons for a safety the league has seen.

How close to that type of performance we see will have a large impact on how far this team can go.

If there truly is a Mr. Unlimited on this team, I would cast my vote for DK Metcalf. Everyone knows his cheat code physical measurables, and his record-setting sophomore season. I believe he is capable of much better than what we have seen to this point.

Metcalf dropped a number of passes and was limited to 6 or fewer targets in more than a quarter of the games. Teams started scheming to take him away, and both Metcalf and Russell Wilson were too willing to allow it to happen.

There are a few ways I can see Metcalf taking the next step as a dominant receiver in this league. First, they need to find more reliable ways to get him the ball. He should be part of the receiver screen game. He is one of the best tackle breakers in the league and road runner-like straight line speed. There are other simple routes, including the slant, that could be leaned on more than they have in the past.

Finding ways to get him the ball more is one part of the equation. Catching the ball is the other. He has to cut down on the drops. Relatedly, a third area to step forward would be contested catches. For a big, strong, dude, Metcalf has trouble making catches in traffic.

I would love to add a fourth area, which is jump balls, but I am not as sure that is a skill you can really learn. It seems like one of those things that you either have you do not. Metcalf should be a terrific jump ball target, but has looked very raw in those moments so far.

Seattle needs Metcalf to be matchup-proof this season to be the offensive powerhouse required to contend.

The team’s first pick of the 2021 draft missed most of training camp, but returned just long enough to flash his talent. Eskridge is not likely to get a ton of targets with Metcalf and Tyler Lockett getting theirs, as well as the tight end and running back crews.

He still could have an outsized impact on the season. Remember the role the Seahawks had in mind for Percy Harvin? Remember what he did in the Super Bowl? I bet it is not as much as you recall.

Harvin had only three touches on offense in the Super Bowl, but everyone remembers his impact because his two early rushes on jet sweeps went for 45 yards, and helped to setup the Seahawks offense to attack in other ways. He also had the dagger kick return after halftime. It would be hard to find a receiver performance with one catch and two carries that had a bigger impact on the outcome.

That is the type of contributions I am looking for from Eskridge. His value in the jet sweep can open up a lot for other players as well as lead to some big plays. Eskridge can also be a weapon deep and after the catch. We should see a few games where he goes for over 80 yards receiving and 100 total yards if things are going well.

He may also take on return duties later in the year if he proves his body can handle it.

Brooks just being a very good linebacker would be terrific. What I am keeping an eye out for are the splash plays that change the outcome of games. He needs to be creating turnovers, making tackles behind the line of scrimmage and on 3rd down to stall opponent drives, and ideally make teams game plan to avoid him, limiting a portion of the field for offenses.

He only had 2 tackles for loss and 2 passes defensed last year. Getting both of those numbers at, or beyond, ten would be a great step forward.

I need to cheat a bit on this one since it is not clear whether the week one starter will be the starter for much of the season. Whether it is Flowers or Jones, what I am looking for is pretty straightforward. Passes defensed is a key number here. Flowers had only 2 last season and zero interceptions. Jones had 9 in just six starts.

Flowers plays the position better than most of us give him credit for, but his maddening tendency to give too much cushion on 3rd down and lack of ball skills, make him an easy target for fans and opponents. He showed some signs of playing tighter coverage this preseason after a very rough start.

The team does not need Flowers or Jones to be Pro Bowl corners. They simply need to be good enough to avoid being an easy mark. Even that feels like a tall order when guys like AJ Brown, Julio Jones, DeAndre Hopkins, Davante Adams and others are on the docket.

There are quite a few Seahawks who have upside folks may not be realizing. I picked the top five in my book, but here are few others I have my eye on:

Was one of the top edge pass rushers over the final four weeks of the season. Most are expecting nothing from him, and would be surprised to hear he has 6.0 sacks last year despite missing a number of games due to injury. He could put up 7+ sacks this year.

Jackson is one of the quietest additions to the team, but may end up being the most valuable. The growth of Lewis could mean this duo becomes the Seahawks best guard tandem in quite some time. The Saints famously focused on great guard play in front of Drew Brees due to his height. The idea was interior line play helps create a better pocket to see over. We don’t really know what Wilson looks like with great guard play. We may find out.

This guy has playmaker written all over him. Nobody in the league knows much about him, but my guess is they will.

Any road opening win is a good win

I have already seen some signs of Seahawks fans diminishing the meaning of this first game against the Colts. The mindset being that the Colts are not that good, so we should not overreact to a win. Poppycock.

The Colts won 11 games last year and will be playing in front of their home crowd for the first time over a year. Even if they were a truly awful team, it still is not easy to get started fast on the road.

Seattle has played 11 season openers since Pete Carroll arrived. They are 6-5 in those games. Seven of those eleven were on the road. Seattle is 2-5 in those games. The Seahawks won 12+ games in both seasons they won a road opener (2013, 2020).

As worrisome as that 2-5 record in road openers might be, the Colts record in opening games might make you feel a bit better.

The Colts might be missing a few key players on Sunday. Their receiving corps would not seem to be good enough to punish a questionable cornerback position for Seattle. No matter who they put on the field, a win on Sunday would be a very big deal for Seattle worth celebrating.

We finally will get to see Shane Waldron’s offensive scheme on Sunday. I have long thought the Sean McVay style of offense is the best combination of what Carroll likes from the run game with what analytics recommends from the pass game. There should be plenty of passing, and play action, and targets at various spots in the short, intermediate, and long portions of the field.

We can roughly guess what the offense will look like. What we do not know is how Waldron is able to adapt in the game. If his game plan is not working, can he play chess and counter-move? That is a big question given Seattle’s tendency to go through extended cold spells on offense.

The other aspect I will be looking at is red zone offense. Brian Schottenheimer was not great at everything as an OC, but he put up terrific numbers in the red zone while he was here. The field gets tight down there, and requires more creativity and precision to end up with a touchdown instead of a field goal.

It will be critical to see the team be efficient in the red zone, and we should get to see whether Waldron can live up to the “wizard” moniker Wilson gave him.