Tale of the Tape: Seahawks Stack Up Better Than You Might Think Versus Packers 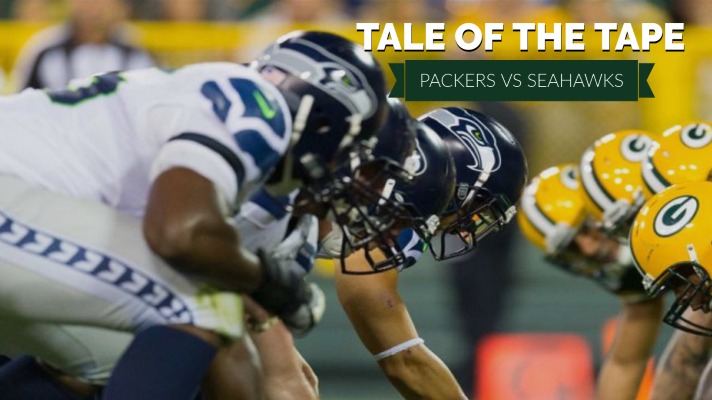 What a fascinating game we have in store this week. It is almost always a memorable event when the Seahawks square off against the Packers. This game should be no different.

Aaron Rodgers is set to return from a bout with Covid. Russell Wilson is set to return early from a broken finger on his throwing hand. Seattle may also get back Dee Eskridge and Chris Carson. Green Bay may get back their All-Pro left tackle, David Bakhtiari.

These are not the powerhouse offenses that people have come to expect with these two franchise quarterbacks leading the way. They are, however, two top ten defenses in points per game allowed. In fact, the Seahawks are 4th in the NFL in points allowed per game since week four of the season. Green Bay has been terrific after their week one debacle.

The Packers opened as 5.5-6.0 point favorites in this game, and the line has slid back to 3.5 at the time of this article. That feels about right. Green Bay is the likely winner, but this is a game Seattle can win and reignite some hope that this team can be relevant down the stretch.

Green Bay excels in pass defense, and have done it despite missing their best corner in Jaire Alexander and one of their best pass rushers in Za’Darius Smith. Rashan Gary has been highly productive and linebacker De’Vondre Campbell is having a revival.

One to watch will be the injury situation of Kenny Clark, who is one of their best interior linemen, but could not make it through the Chiefs game and is questionable so far for Sunday. He would be a big loss. Another injury to keep an eye on is cornerback Eric Stokes, who also left the Chiefs game. Already down Alexander, the Packers could be getting thin at corner against a talented Seahawks receiving crew.

One of the biggest statistical differences between Seattle’s offense with Wilson and without has been explosive passes. They went from one of the best in football to one of the worst in a few weeks. Wilson’s likely return should help there, but the Packers defense is near the top of of the league in preventing those types of plays.

This might be a game where the Seahawks need to emphasize the running attack more than usual. The Packers struggle to defend the run, and Wilson will be in his first game back. The potential return of Carson could contribute.

That does not mean they should ignore Wilson and the passing game, but there is some logic in attacking the run defense of the Packers, especially if Clark is absent.

Seattle’s defense has been on the field for more plays than almost any defense despite being a great 3rd down stopping team this year. That means the offense has not been doing their job sustaining drives. Running the football effectively would help a lot there.

Meanwhile, the Seahawks receivers could get their own boost with a possible return of Dee Eskridge. Nobody in the NFL really knows who Eskridge is or what he is capable of. That might be a secret weapon for this game and cause the Packers to make in-game adjustments with an already depleted secondary.

Rodgers represents a great test for what appears to be a better Seahawks secondary since removing Tre Flowers. Both Sidney Jones and Tre Brown have helped. There are few players or teams that can really slow down Davante Adams. He may be the best receiver in football.

Getting Bakhtiari back would be a huge boost for the Packers offense. Their line has not been as solid in pass protection as it has in recent years.

Aaron Jones and A.J. Dillon have been great running the ball and will challenge the Seahawks tacklers all game.

This Packers offense has been mostly mediocre all year. They have not been explosive or consistent. Seattle comes off a bye week with plenty of rest and time to scout Green Bay. The expectations should be raised for the Seahawks defense heading into this one.

The Packers average 22 points per game. Seattle’s goal should be to hold them below that number.

The Seahawks return game has improved substantially and the Packers overall special teams is trash outside of their punter.