Tale of the Tape: Streaking 49ers Should Roll in Seattle 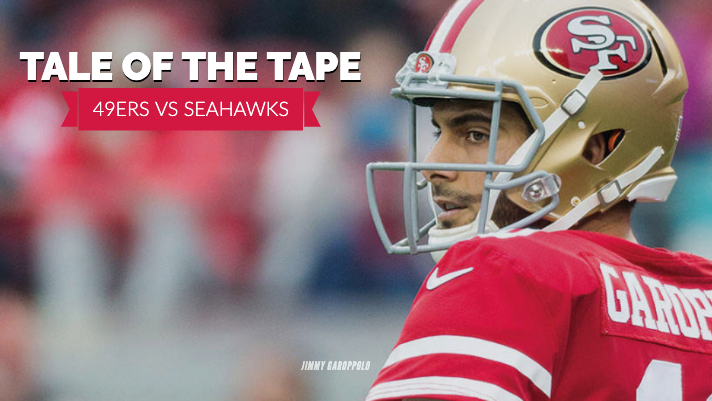 Welcome to the spoiler part of the Seahawks 2021 season. Hope of anything other than ruining the chances of other teams is gone. This Seahawks squad is one of the worst in football this year. That’s the reality. One of two things is going to happen: either the offense will finally come to life and they will finish with some optimism for next year or the team will collapse the rest of the way. That collapse could come from the offense playing as poorly as they have or it could be the offense reviving and the defense finally breaking after trying to keep things together for so long.

The 49ers enter this game having scored 30 or more points in three straight games and four of the last five. They have also won four of five and are in the thick of the playoff hunt. They will be missing two key players as Fred Warner and Deebo Samuel have been ruled out due to injury.

If there wasn’t the backdrop of so many poorly played games in a row for Seattle on offense, this would be a good matchup. The 49ers need to run the ball and the Seahawks are one of the best run defenses in football.

Seattle was nearly blown out the last time these two teams met, and then came pretty close to blowing out the 49ers. It was an odd game with a huge swing. San Francisco was only in the game due to big explosive passes. Seattle does not give those up much any more. Jimmy Garoppolo missed the second half of that one after playing pretty poorly in the first half. He is back and playing better with San Francisco having zero turnovers in three of their last five games. Their defense is also forcing more turnovers with at least two in three straight.

The intangibles of this one really favor San Francisco. They are the team with something to play for against a rival that is wounded and could easily fold up shop if things start off poorly. My best guess is the 49ers win this one big and ugly. But, boy, it would fun to stick it to them if the leaders in the Seahawks locker room can rally the group.

The 49ers defense has been close to the top ten in DVOA and other advanced metrics all season. Where they have struggled has been pass defense. They have given up a ton of pass interference calls and generally been mediocre in coverage.

They continue to have a good pass rush, and may get Dee Ford back this week. Nick Bosa and Arik Armstead have been productive, if not game-wrecking, defensive linemen this season. D.J. Jones has embarrassed Seahawks centers in recent games, and likely will do the same against a weak Ethan Pocic.

Well…there are plenty on paper. The 49ers have nobody to cover D.K. Metcalf. Josh Norman is a disaster. Emmanuel Moseley has moments, but has had trouble with Metcalf in the past.

The 49ers will be without Warner, which should make life easier for Gerald Everett.

They are also not the best run defense and Alex Collins averaged 4.4 yards per rush the last time they played. He also caught two passes for 34 yards, which also could be a weapon with Warner out.

The question is whether Russell Wilson can play a competent game at quarterback and whether this offensive line can give the team a chance.

The 49ers have revived their season with the running game. They are over 156 yards rushing in each of their last three games and over 145 in four of their last five. They have a decent offensive line and Elijah Mitchell has played wonderfully.

George Kittle is always a handful and will be the absolute primary target with Samuel out with injury. Kyle Juszcyk would be a bigger weapon in the screen game as well.

Seattle has been a great run defense, and if they can contain the 49ers run game even a little, there is a decent chance Garoppolo will make turnover worthy plays. The Seahawks secondary has been playing much better, even without Tre Brown. Sidney Jones has played well.

The Seahawks and 49ers have both done well in field position with strong punt and punt coverage teams.