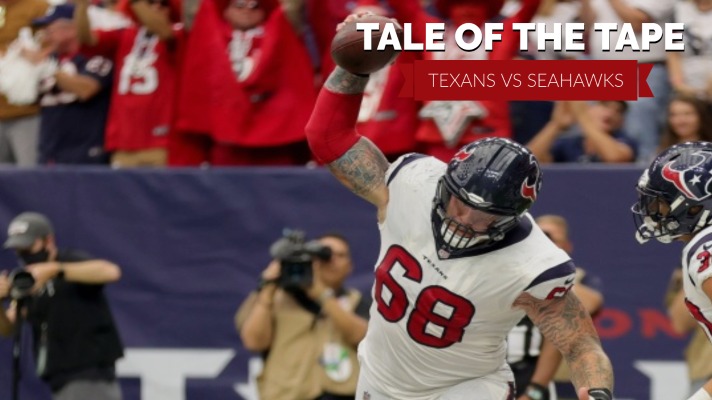 It is true. The Seahawks have not won consecutive games this season. A rousing win over the hated 49ers gives them a golden opportunity to do just that against what may be the worst team in the NFL at this moment. Sure, the Lions have only one win, but they are playing close games of late and won one of them against a decent Vikings squad.

The Texans have not had more than 202 yards of offense for three weeks. They had 141 total yards last week in a 31-0 loss. They have scored less than 10 points in half of their games. They rank 31st or 32nd in in nine of the sixteen offensive metrics I track in this preview. And they lost their starting quarterback this week, which means a rookie will be playing.

This is a game Seattle needs to win just to be able to look themselves in the mirror on Monday.

The Texans are mostly terrible on defense, but things are made worse by an offense that gives them no help. Unlike the Seahawks defense, who have been able to find ways to get off the field on 3rd down and in the red zone, the Texans have succumbed to their opponents.

They do have a decent pass rush with four players over 20 pressures on the year, including former Seahawk Jacob Martin. They also have a good, young, nickel corner in Tavierre Thomas. They do not give up a ton of big passes, and Seattle has not shown the ability to exploit teams on the ground, where the Texans have been weakest.

The biggest advantage here might be Seattle’s ability to protect the ball. Expect a far more conservative game plan from Pete Carroll this week as he will think the only way the Texans can win is if the Seahawks turn it over. He might be right, but could also make this a closer game than need be, as he often does.

This could be the game where Rashaad Penny breaks out this season. He ran well against the 49ers and will have more running room this week.

Seahawks receivers could be in for a big game as well if the ball comes out quickly like it did last week. Dee Eskridge had his first good game, and could be ready to be build on it.

Seattle will be without Jamal Adams, and Ryan Neal has not been nearly as good as fans think. Brandin Cooks has been the Texans most dangerous weapon and could look to exploit the less experienced safety deep.

Seattle has advantages all over the place. Let’s hope the pass rush can actually get home in this game. There won’t be many better chances for more sacks.

Both teams punt and cover well.