Questioning the Genius of Bill Belichick

Bill Belichick is a great coach, a Hall of Fame coach. There is little debate about it. He has won three Super Bowl rings, gone to six Super Bowls and won at least 10 games for twelve straight years. The man knows what he is doing. It is natural for Seahawks fans to feel a little concerned about what a coach of his pedigree can accomplish with two weeks of preparation before the Super Bowl. There is little reason to guess. He has coached five already. A closer look at those games raises questions about just how masterful Belichick is in these moments.

The Patriots have won three rings with Belichick and lost two. None of those games have been decided by more than four points. New England has been the favorite in four of those five games and have failed to cover the spread in any of those games. They lost to a wild card team and a 9-7 division winner. They scraped by Jake Delhomme and the Carolina Panthers.
Nobody should apologize for winning a ring, let alone three. The point here is there is little evidence that Belichick is a mastermind of preparation who can overwhelm opponents with schemes devised in the bye week before the Super Bowl. Pete Carroll, on the other hand, dismantled the best offense in NFL history last year. A performance like that is missing from Belichik’s resume.

One week better than two?

The most impressive job by Belichick came in Super Bowl XXXVI versus the high-flying Rams. It was the lone game where he and his team entered as underdogs, and 14 point underdogs at that. His defense helped hold the Rams to 17 points. That had happened only twice all year. Ironically, that was one of the few years that there was not a bye week between the conference championship and the Super Bowl. No extra time. Best outcome.
Back then, the Patriots were a team built around a gritty defense. Tom Brady was just a pup who was buoyed by a hard-nosed run game and that shutdown defense. It would be years before he rose to the level of a league MVP. In each of the first three Super Bowl appearances, Belichick brought in a team that ranked higher in defense than in offense. His last two teams were ranked higher in offense than in defense. It would be too simplistic to say that is why they won the first three and lost the last two, but it is at least an indication that his winning performances were aided by dominant defenses perhaps more than special game planning.
This Patriots team follows the formula of the last two in having a stronger offense than defense. In fact, this is the second-worst defense, in terms of points allowed ranking (8th), that Belichick has brought into the big game. His 2011 squad was all the way down at 15th in that category.

Holding down Kurt Warner, Marshall Faulk and company was impressive. Allowing Delhomme to throw for 323 yards, 3 touchdowns and 0 interceptions was not. Neither was surrendering 351 yards and 3 touchdowns to Donovan McNabb and an injured Terrell Owens. They did force four turnovers in that game. Eli Manning engineered a game-winning drive to end the Patriots hopes of an undefeated season, and then followed that with 296 yards and another game-winning drive in the next matchup.
It could certainly be worse. Belichick could have a history of getting blown out in these games. His teams always come ready to play and make it tough on whoever they face. But as far as evidence that they have out-schemed their opponents, that appears to be missing. 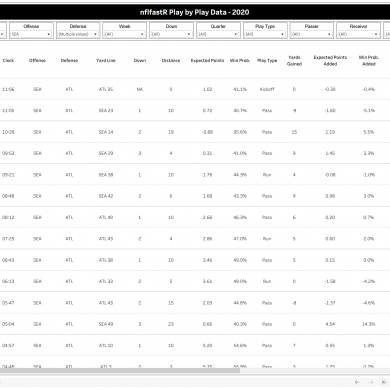