Arizona retains the top spot, but the story is the resurgent Kansas City Chiefs who have risen a remarkable 20.6 points of team strength in the last three weeks and are ranked third in the NFL after their latest runaway win. They are statistically equivalent to the Patriots in overall team efficiency. Seattle remains in the top ten, but if you look at the scatter chart below, it reveals they are a fifth tier team, just above mediocre. That seems about right for the time being. 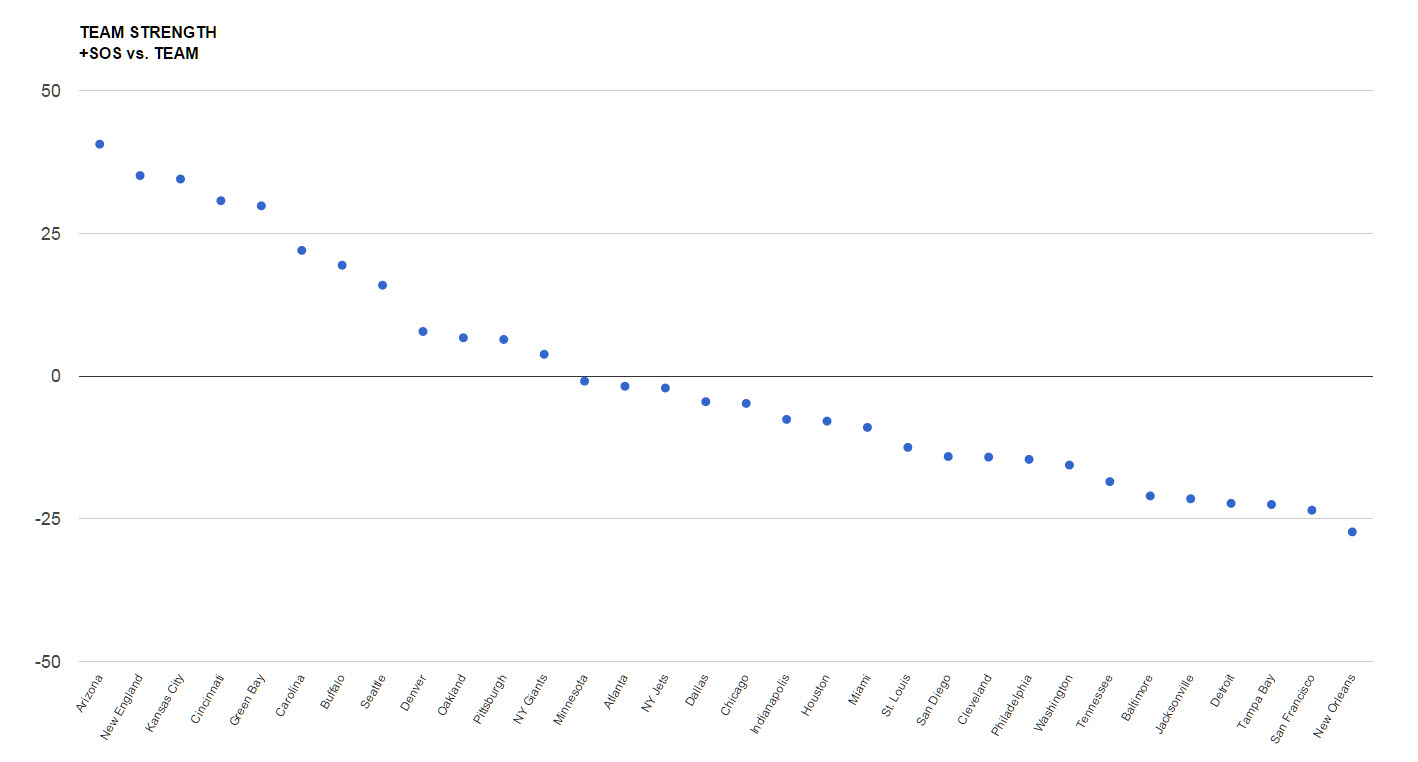