Bring Us Your MVP 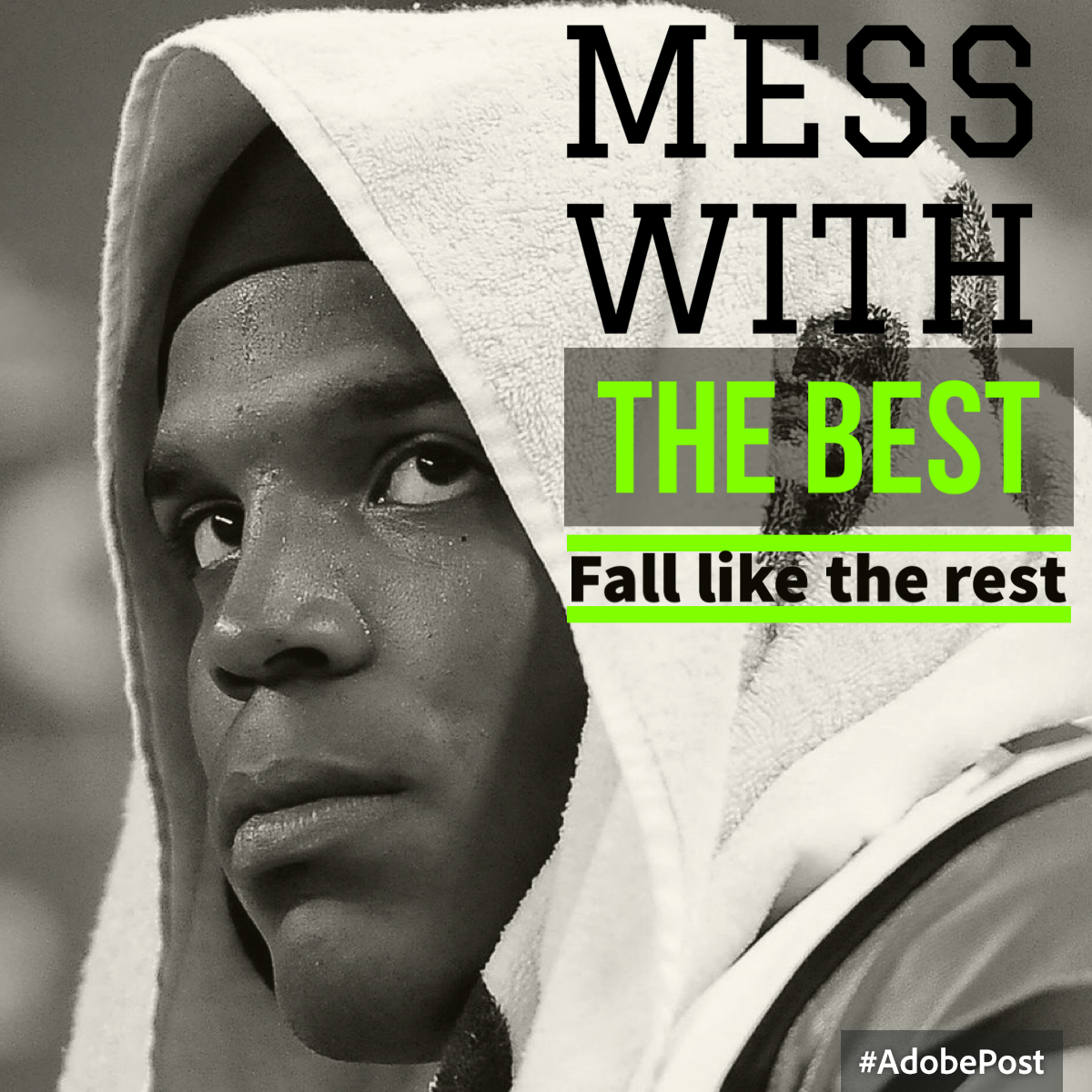 I have some bad news for Cam Newton and Panthers fans. Your MVP cannot save you. This is not just arrogance. We will leave that to your preening team leader. This is historical fact. Standing opposite the Seattle Seahawks is where NFL MVPs find their final resting place. It happened to Peyton Manning. It happened to Aaron Rodgers. It is about to happen to the league’s self-proclaimed Superman.

The Seahawks have faced the MVP in each of the past two playoffs, beating both. Manning had one of the finest statistical seasons on record, leading one of the most powerful offenses in history.  He wound up throwing two interceptions, and losing 43-8.
Aaron Rodgers led the top-ranked offense in football, averaging 30.4 points per game, against the Seahawks last year. He had thrown 38 touchdowns and just 5 interceptions during the regular season. In one of the lesser known aspects of the Seahawks remarkable comeback victory, Rodgers was held to just 178 yards passing and threw 2 interceptions that left him with a 55.8 passer rating.
The past is the past, though, right Panthers fans? Well the present is not necessarily all that comforting either.

The Legion has returned

Seattle is playing their best defense of the season at the best possible time, and they are playing even better on the road.
Seattle is allowing just under 11 points per game (10.7) in their last six games overall, but have been even better in their last six road games (7.2). This is a defense playing its best football of the season at the right time, and at a time they are accustomed to.
Newton was able to pick on cornerback Cary Williams in the first game, and enjoyed the absence of Bobby Wagner, Jordan Hill, Jeremy Lane, Frank Clark and Marcus Burley. Williams is now gone, and all those players have returned.
Opposing quarterbacks posted an 87.4 passer rating, throwing 9 TDs and only 4 INTs in the nine games Williams played the full contest. In the seven games since, quarterbacks have only managed a 64.6 passer rating, with 4 TDs and 10 INTs.

Newton has been fantastic this year, and has been on a roll over the last half of the season that only Russell Wilson has eclipsed. The problem is that he has compiled those numbers while playing against some terrible defenses.

The average rank of Newton’s last eleven opponents in scoring defense is 21.9. He has faced six teams with scoring defenses that ranked 25th or lower in that span. The highest ranking defense he played against was the 12th ranked Packers back on November 8th.
Seattle brings in the top-ranked scoring defense for the fourth straight year. This is a significantly better version than the same defense that held him to a 15.5 passer rating through three quarters of the first game back in October.

Newton has had a season long party. Every prance and dab and point and smile has come with relative ease. Those pearly whites may have fewer reasons to make an appearance this weekend, and when they do, they just might be tinted red. Accolades and a gaudy numbers will not beat this Seahawks defense. Newton knows this. He has stared into the Grim Reaper’s eyes the past four years, and a chill of certainty must come over him knowing he has played only one good quarter out of twenty when Seattle opposes him.
Enjoy that MVP trophy. It will earn you entry into the support group of former MVPs to whom the Seahawks lay waste.