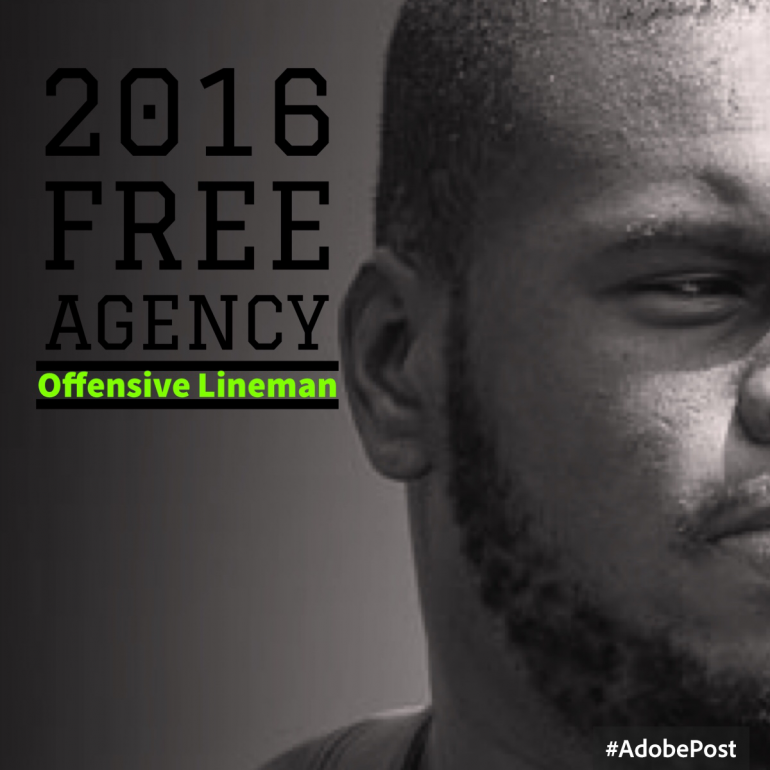 The Seahawks offensive line is a top priority for John Schneider this offseason. Even if he just wants to bring back the same group, he has work to do. Before studying the free agent market for offensive lineman, I would have told you the best option was to go for continuity wherever possible and add to the pile via the draft. That is still a fine strategy, but the wealth of options, and a key differentiating factor for this position group, make it very possible the Seahawks will go shopping for some new pieces.

Generally speaking, Schneider will always favor free agents ages 26 and under when offering multi-year deals. I have a hunch that rule will differ for offensive lineman this offseason, and that could unlock a treasure trove of options.

The Seahawks fielded one of the youngest offensive lines in football last season. Russell Okung was the vet of the group at age 27. Schneider made mention of veteran influence on the line in at least one of his postseason interviews, and it would make sense for Seattle to want to add a steadying force.

Seattle could decide to do something they never do, and replace younger players with older ones, depending on the price of players on the market. Lineman can be effective well into their 30s, and the prices are always lower for the vets. Schneider could decide to infuse the line with a couple known quantities and let new draft picks develop over the next few years.

Penn is an ideal target for the Seahawks. He is arguably a Top 10 left tackle, who is adept at pass blocking and is a physical run blocker. He is also 32 years old, which will leave him off some teams shopping list.
He won’t come cheap, but he could be equivalent or less than Russell Okung and is an upgrade who very well could be more durable over the next few years than the younger Okung.

Beachum suffered a torn ACL last season, which will have some impact on his free agent value. He is young enough, and talented enough, that it won’t drag him down too far. He is a little short for a left tackle, but is a good pass blocker and solid run blocker as well.
The Steelers have cheaper and younger alternative in Alejandro Villanueva, so they are less likely to pony up much cash to keep him. Beachum can also play guard, which increases his value to Seattle.

Schwartz was a solid player for the Browns last year and will be the most sought-after right tackle on the market. Still, right tackle values are always substantially below left tackle value, so he’s not necessarily out of the Seahawks price range. Schneider could choose to bet on Garry Gilliam at left tackle and add more to the pile via the draft, while locking down the right side with Schwartz.

The news of the surgery on Okung’s dislocated shoulder actually increases the chances he will be back in Seattle next year. He will reportedly not be able to get back on the field until June, and he already has an injury history. Other teams will be hesitant to offer him a multi-year deal under these circumstances, so his best option will be a one year deal that would allow him to re-enter the market next season.

I have left out LT Cordy Glenn and Andre Smith. Glenn figures to be the top free agent at left tackle, and I just don’t see Schneider spending that kind of money. I’m not a huge fan of Smith, but he will be a possibility at age 29. He has been inconsistent over his career, and I’m having trouble believing that is the kind of gamble Schneider will want to make with his free agent dollars.

This is where things get interesting. There could be as many as fifteen interior lineman who could draw the Seahawks interest. They could decide to spend big dollars to add an All-Pro interior lineman or go for cheaper high quality veterans. Here are ten options I find most intriguing.

Osemele was one of the best guards in football last year. His teammate Marshall Yanda was probably better, and got a big money extension from the Ravens.
Osemele is flat awesome. He run blocks like a boss and is a quality pass protector. He even slid outside to play left tackle last year and did well there.
He has intimated that he would like to stay out at left tackle, almost certainly due to the higher price tag that position demands. Good news. Seattle needs both.

There are few times when I am in favor of the Seahawks going big on a free agent contract, but this is one of those times.

Osemele could grow into an All-Pro interior lineman who could anchor the Seahawks line for a decade. Mark Glowinski could pair with Osemele to create a young and talented guard duo. Ask yourself if you would rather have an All-Pro guard for the next four years or Kam Chancellor. Getting a guy like Osemele might force Seattle to jettison some players to make cap space. I would make that move if the opportunity was there.

Mathis is the perfect foil to Osemele. He is nearly ten years older, but is a heck of player. You can bet Schneider regrets letting Mathis go last year after a free agent visit. Mathis was waiting for a team to match his price tag, and Denver jumped in to pay him $3.25M for one season. He is exactly the kind of affordable quality veteran the Seahawks need to be considering to raise the line play. Mathis may only have another year or two of starting quality performance, but that could give Seattle time to develop a successor.

Mack is not technically a free agent yet. He has an option to opt-out of his contract and hit the open market, which most people expect him to do.
He has been a Pro Bowl center twice, and is generally regarded as one of the best at the position. His level of play this last year appeared to take a dip, and he is now 30 years old. That should keep his value a little lower on the open market. Centers are not typically highly valued either, compared to guards or tackles.
The question for Seattle is whether center is where they want to spend their free agent dollars. Patrick Lewis played reasonably well last year and is young and affordable. The reason you would spend big dollars on a player like Mack is if the team believes they need the steadying influence of a veteran center who has seen every front and can help Russell Wilson identify the proper protections. Only the Seahawks know how much of an issue that was for Lewis.

Boone is a known quantity as the Seahawks have faced him for years with the San Francisco 49ers. He is getting a lot of buzz among Seahawks fans, but I’m not sure he is a great fit for Seattle. He can be a headache. This front office puts up with strong personalities as well as any in the league, but that is usually because the players add something terrific to the team. Boone is a good guard. He may never be a Pro Bowl guard. Yet, he will command a big contract on the open market. This is exactly the kind of good-but-not-great player who I prefer the Seahawks avoid in free agency.

Foster is the anti-Boone. He is old enough to not require top dollar, quiet enough to blend into any locker room, and comparable as far as guard play. The Steelers probably will let him walk without much of a fight due to his age. I would rather see the Seahawks spend a little on a guy like Foster than a lot on a guy like Boone.

The Seahawks free agent has been a polarizing figure in Seattle. Most fans see him as a liability in pass protection. Most players and coaches see him as the toughest, meanest guy on the team who is a relentless run blocker.
Sweezy is a steel cage psycho who you should want on your side when the going gets tough. He is better than people realize, and that could play into the Seahawks favor.
There are so many quality interior lineman on the market that Sweezy will probably be valued more in Seattle than anywhere else. He will likely never be a great pass protector. The Seahawks could re-sign Sweezy and add another veteran guard like Mathis or Foster.

Wendell is a bit small, but has been a terrific run blocker for the Patriots. His injury this season was just one of the many that decimated New England’s line. Wendell has been a center and a guard, which increases his value to Seattle. He has struggled in pass protection, however, which is not ideal. A cynic might say he is the perfect Seahawks lineman.

Young, athletic, and familiar with zone blocking, Brandon Brooks could be a terrific fit with the Seahawks. He has been clearing the way for Arian Foster and crew for years, and is more underrated talent. He won’t be a fit for power schemes, despite his weight, which will limit his possible landing spots. His upside is unclear, as is his floor. Brooks is not a sure bet, but is a better pass blocker than Sweezy and the same age.

He has to be listed because he is very talented and many Seahawks fans would like to add him. I would be extremely disappointed if the team added someone like Incognito to the team. He has had numerous incidents dating back to high school and multiple college stops. All signs point to this being a person Seattle would be best to steer clear on, no matter how talented he is. The temptation to go after him should be less given the deep free agent class at his position.

Allen is another interesting option for Seattle. He is young and has played left and right guard, as well as left and right tackle. He is like a more talented and proven version of Alvin Bailey.
Getting a player like Allen could give the Seahawks the ultimate flexibility in terms of seeing if they want him to shore up the right tackle spot or one of the guard spots.
His price tag will probably be lower than a guy like Brooks, but his upside could be comparable.