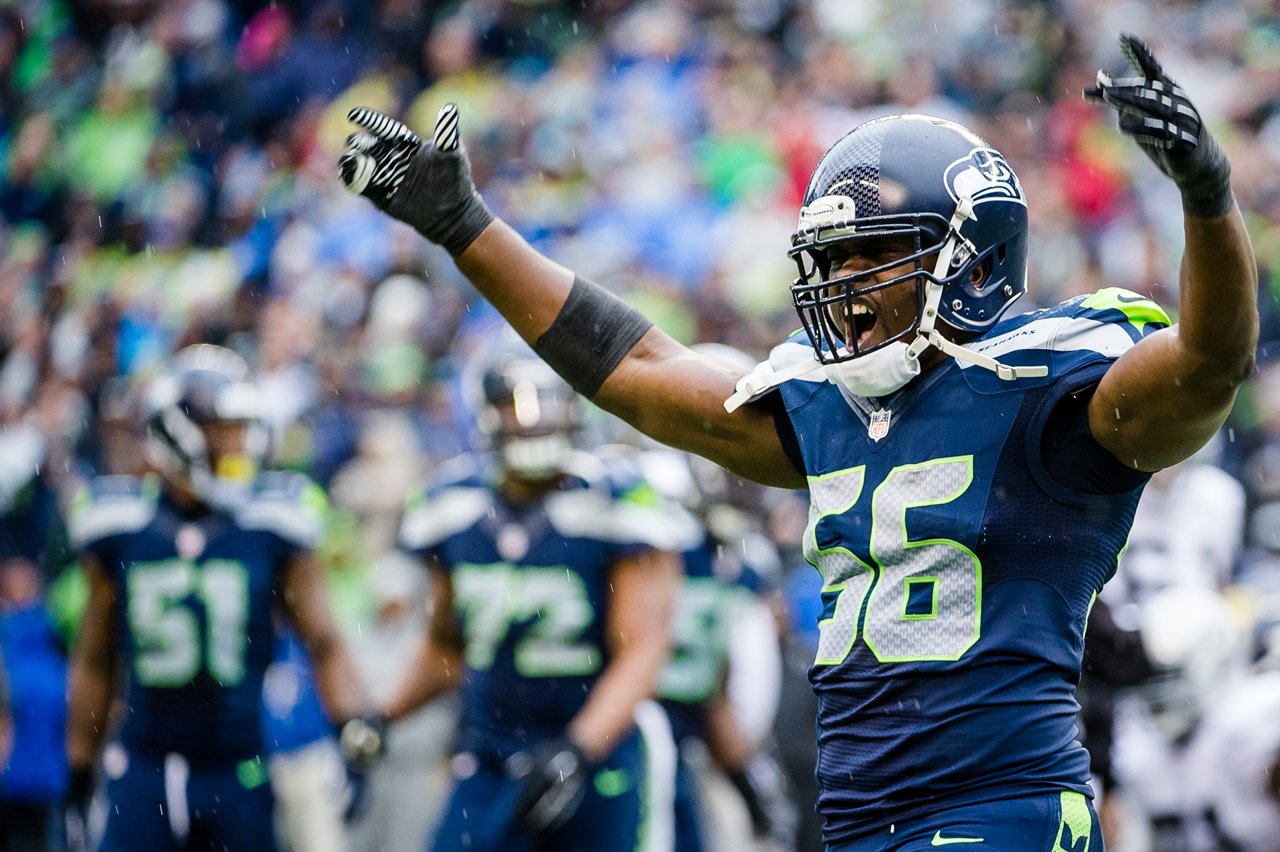 State of the position: Defensive Line

[dropcap size=small]T[/dropcap]he construction of the Seahawks defensive line deviates significantly from John Schneider’s typical recipe for roster construction. None of the starters were under the age of 29 last season. Only Brandon Mebane was drafted by Seattle, and not by this regime. They do have some young prospects like Jordan Hill and Frank Clark, but the bulk of this group relies on veteran performance and free agent acquisition.

No position group has challenged Schneider more in the draft than this one. Take a look at the defensive line draft choices since he arrived:

The best results from those picks were Irvin, who was converted to linebacker, and Clark who still has yet to fully emerge. Jaye Howard is a very solid starting lineman, but he was cut in 2013 with the surplus of line talent the team had that year.

Hill has proven to be a useful player, but he failed to build on what had appeared to be a breakout end of 2014 when he finished with 5.5 sacks. He finished 2015 with a goose egg in the sack department and fought more injuries.

Marsh has looked fantastic in preseason and training camp the last two years, but has shown nothing as a pass rusher during the regular season. He is not a bust, given that he is an above average run defender on the line and a great special teams contributor. His lack of production in the pass rush, though, is disappointing.

That leaves a huge burden on veterans Michael Bennett and Cliff Avril to create pass pressure. They have been up to the task, but this team resembles the 2012 squad that leaned on Chris Clemons too much and had no replacement when he went down in the players.

The defense would suffer greatly if either Bennett or Avril went down, and Irvin very well may be moving on, so adding more to the pass rush is important this offseason.

Both starters, Brandon Mebane and Ahtyba Rubin, are free agents. Both are on the downward slope of their physical primes, especially Mebane. There is precious little depth behind them. A.J. Francis is an exclusive rights free agent, which means he will be back with the team if they want him. He played well enough to earn a trip to camp, but not so well that the team can count on him to play significant snaps.

Mebane and Rubin did a solid job on the inside of the line, and were a big part of the team leading the NFL in rushing defense. Hill did some nice work in place of Mebane at times this year, but it would be asking a lot to expect him to step into the starter role.

Bennett and Avril are right up there with the best defensive end duos in the NFL. Bennett has the added advantage of being able to rush from the tackle spot inside as well as from the outside.

The team would be in serious trouble without either one of these two rushers. Clark showed promise, but has not been consistent enough to assume he is going to blossom next year.

A sleeper for next year could be Ryan Robinson, who was earning rave reviews during minicamp last year before suffering a season-ending achilles tear. There is an outside shot he could push for a spot in the rotation next year.

Marsh appears to be a good backup, without starter upside.

Thompson has been a backup on the Bengals line for a few years. He had opportunities to start when Geno Atkins was injured, but got very little playing time this season.
The Bengals defensive line depth has been terrific for years, and Seattle has scooped up some of their backup players before, like Clinton McDonald. Thompson is a run stuffer who may fit more at 3-technique like Rubin where Seattle has been more willing to play taller tackles. Thompson is coming off an injury and has very little tape, which should keep his price down. Youth is always valued, but Thompson could be cheaper than Mebane or Rubin and possibly have more upside and longevity.
Jaye Howard
This one hurts. Howard was a Seahawks draft pick (4th round, 2012) who the team cut a year later when they one of the deepest defensive lines in NFL history. Howard is disruptive and stout. Seattle knows him well, but so does Atlanta coach Dan Quinn, who coached him in Florida and recommended him to the Seahawks. Don’t be surprised if Howard is a top target for Quinn and the Falcons woeful defense. Still, he deserves mention here as he is a very good young interior lineman who would be an upgrade at 3-technique.
Sealver Siliga (Restricted Free Agent)
Another painful loss, although not quite as tough as Howard. Siliga was acquired when the Seahawks traded John Moffitt to Denver. He was cut just like Howard in 2013 in the face of overwhelming veteran competition along the defensive line.
He was scooped up by the Patriots, and became a key part of their improved run defense. His development was a big part of what allowed New England to move on from Vince Wilfork. He would be a terrific option to replace Mebane at nose tackle, and should not break the bank. The Patriots are likely to want him back, but they have a mixed history of tendering restricted free agents, and their limited cap space may preclude their ability to put a high tender on Siliga.

His upside is lower, but the price should be as well. Jenkins is more of a 3-technique defensive tackle for the Seahawks than an end, but he could play the Bennett role at 5-technique as well. Seattle has Jordan Hill and Clark who are young and under contract, but Jenkins could earn a look if the top-shelf players

Jason Jones is an interesting one. He is on the older side, and will not go off the board right away. He is also a proven pass rusher who can be disruptive off the edge and on the interior.
He played for the Seahawks a few seasons back, and was extremely effective when healthy. He has managed to stay on the field the past two seasons in Detroit and racked up 4.5 and 5.0 sacks and bunch of pressures. This is the type of lower-priced veteran who could be a great addition deep in free agency.
Chris Long
Long is newly available after being waived by the Rams. He is 30 years old, and has struggled through injury and decreasing performance the last two years. He may be worth a look if he’s available for cheap.
Quinton Coples
Coples is still just 25, and is an intriguing option for Pete Carroll and crew to mold. He should be available at a good price, and I’d generally prefer they go for young players with upside like Coples than older veteran like Long.
Start typing to see results or hit ESC to close
real hawk talk softy russell wilson 49ers rams
See all results