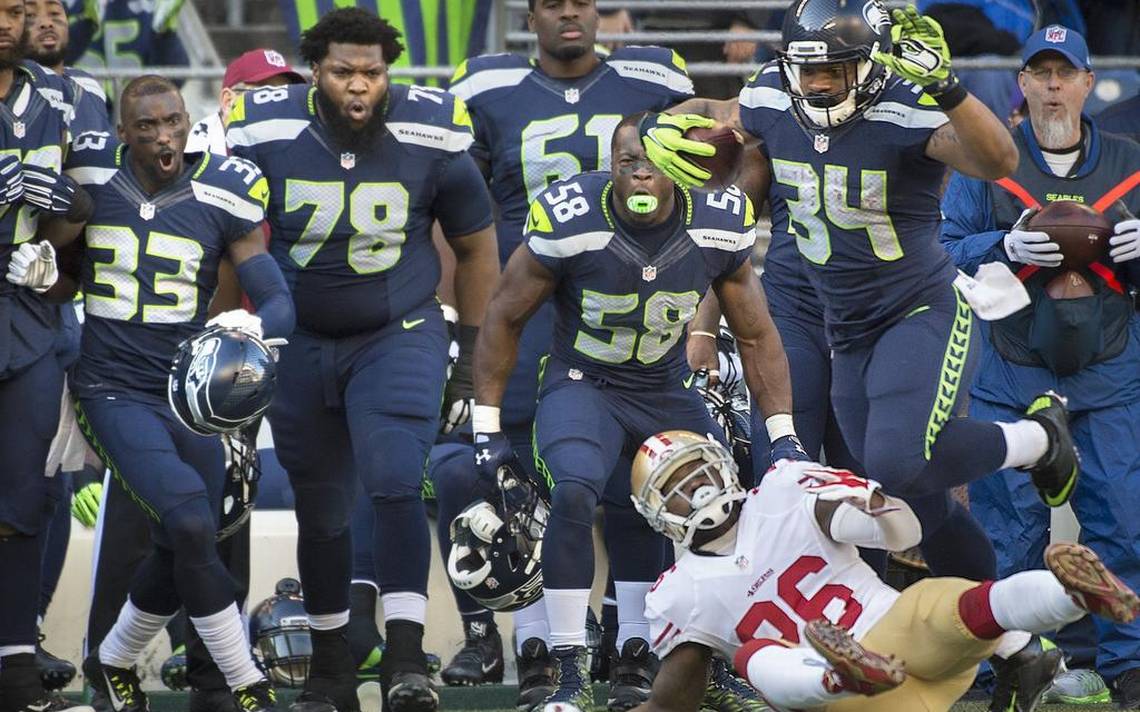 [dropcap size=small]G[/dropcap]one is the most ferocious running back in Seahawks history. Marshawn Lynch will go down as one of the more entertaining and inspirational players to ever play for the franchise. His legend will grow as time passes, but the void he leaves may not be as great as some would think.

Thomas Rawls was a revelation as a rookie filling in for Lynch last season. He was leading the NFL in yards per carry when he went down, at 5.6 yards per tote. His decisiveness and lateral explosiveness are what make him special.

His best comparison may be Ray Rice. Short, squatty, and powerful, Rawls possesses the ability to run inside or out, and unlike Lynch, is a breakaway threat. Lynch could make ten players miss or break their tackles, but it was rare for him to break a run over 15 yards.

Rawls had 15 runs of fifteen yards or more, despite only starting 7 games (including one where he was injured on the opening drive). Lynch had only one season with the Seahawks with more carries of 15+ yards (2012, 22 carries)

The injury Rawls suffered is concerning. A broken ankle, with apparent ligament damage, can be a serious situation for a running back, especially one who relies so heavily on explosive lateral cuts. Youth and determination are on his side, so there is reason to expect a full recovery.

Seattle relied on veteran Fred Jackson in third down and obvious passing situations last year. He is unlikely to be back, so there is a void to be filled. Rawls may be capable of expanding his responsibilities, but more likely will be the Seahawks assigning those tasks to another runner.

Christine Michael had a tumultuous and redemptive 2015 season. Traded by Seattle for a 7th round pick during the preseason, Michael was eventually released by the Cowboys and signed to the Redskins practice squad before resigning with Seattle. He had his first 100 yard game filling in for the injured Rawls, and appeared to take his role more seriously than he had in his first two years in the league.

Most encouraging was his focus on ball security. He still did not switch hands, but he covered the ball with two hands and kept his head on a swivel looking for would-be tacklers. Michael is a dynamic athlete who may never reach his full potential, but Seattle is fortunate to have him on the roster (assuming they offer him his restricted free agent tender) given the injury situation with Rawls and the retirement of Lynch. Should he be able to sustain his newfound motivation and professionalism through the offseason, Seattle might just have all that they need at the position.

It would be surprising for the Seahawks to enter camp without adding some talent and competition to the position, most likely through the draft.

Congratulations. You know you are a hardcore fan if you are reading about the fullbacks. Seattle relied heavily on Will Tukuafu at fullback last season, partially due to Derrick Coleman’s injury, and partially because the running game benefitted from his physical presence.

Coleman could be charged with felony hit-and-run for an incident that happened during the season. He is a restricted free agent. The team will face an interesting decision considering Coleman is among their best special teams players.

Tukuafu is an unrestricted free agent. He is also 32 years old. The team kept rookie Brandon Cottom on their practice squad last year, although they listed him as a tight end. Given the team has no experienced fullbacks signed, and no H-Backs (tight ends who line up in the backfield as a fullback like Zach Miller used to) on the roster, the team will need to address this position either through the draft or free agency.

Even if they decide to rely heavily on single back formations, they use the fullback too much to go without one.

Matt Forte, Lamar Miller, Chris Ivory and the others

Just say NO! to any veteran free agent running back who would cost more than the veteran’s minimum. It would be a total misappropriation of cap dollars to spend anything of note on a running back.

This is not a crazy idea since he would come cheap and could be a hedge against Rawls injury, but he’s just a guy. I’d prefer a draft pick.
Kendall Hunter

Hunter has been a player I have long-admired. He was drafted by the 49ers and excelled as a third down back. He is a high yards per carry player who is an excellent receiver and terrific blocker in the passing game. He has struggled with injury and was out of the league last year. Seattle tried him out and did not sign him. Adding a guy like this with almost no guaranteed money would make a lot of sense as he could be a younger and better option to fill Jackson’s shoes if he is healthy. If not, very little would be lost.

This is an interesting name. Tolbert is a fullback who can carry the ball. He could be a running back in a pinch. Depending on his price, it might be worth adding his physical style to the backfield, as it could act as insurance for the running back position as well.

I’d be surprised if he leaves the Packers. A nice player, but not someone the Seahawks should be spending meaningful dollars for.

Johnson is 27 years old, and grew up in the physical Steelers system. He might be a good fit, depending on price.

It would not be surprising if the team was happy to bring back Tukuafu at a very affordable rate, and just call it good.