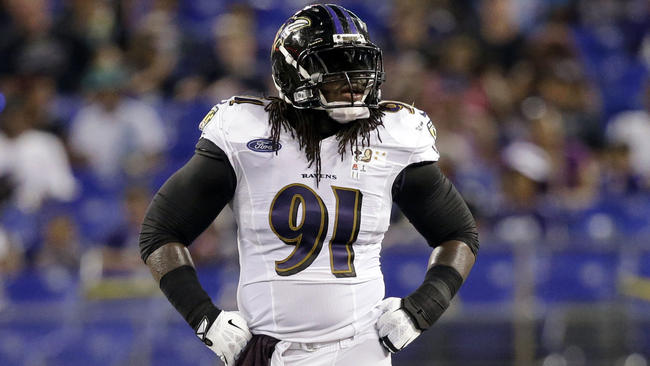 After nearly completing my offseason analysis for the Seahawks, I am now in the process of building out my free agent big board. The big board ranks players, based on a variety of criteria, to determine which make the most sense for the Seahawks to pursue in free agency.

I ranked about 60 players last year, and found it a useful reference once free agency started. This year, I plan to rank many more, and am doing it position-by-position.

Courtney Upshaw was rumored to be a player the Seahawks might look at when he was drafted, and the Ravens are likely to let him test the market. He could be a solid replacement for Bruce Irvin as a SAM linebacker. He’s not a great pass rusher, but can set the edge and be a physical presence in the run game, and should be affordable.

William Hayes is a very productive pass rusher, who should have a slightly lower price tag due to his age. He would be a good addition to the pass rush rotation.

Bruce Irvin gets a lower grade because of his age and expected price tag. It does not seem likely that the Seahawks would get enough out of him for the price they would have to pay, based on how they use him.

Quinton Coples is one who intrigues me as a former first round pick who has had some productive years in the NFL, but has fallen out of favor. He’s just 25, and should be very cheap given his total lack of production last season.

Dwight Freeney is 36, but put up 8 sacks in less than a full year. He will be very cheap, and available late.

Tamba Hali is 32, and it will be interesting to see where he winds up, and what his price tag will be.

Olivier Vernon feels like the classic big free agent addition who never lives up to the deal. I’d steer clear.

Aldon Smith and Greg Hardy are two of the best edge defenders available, but both come with huge risks. Buyer beware.