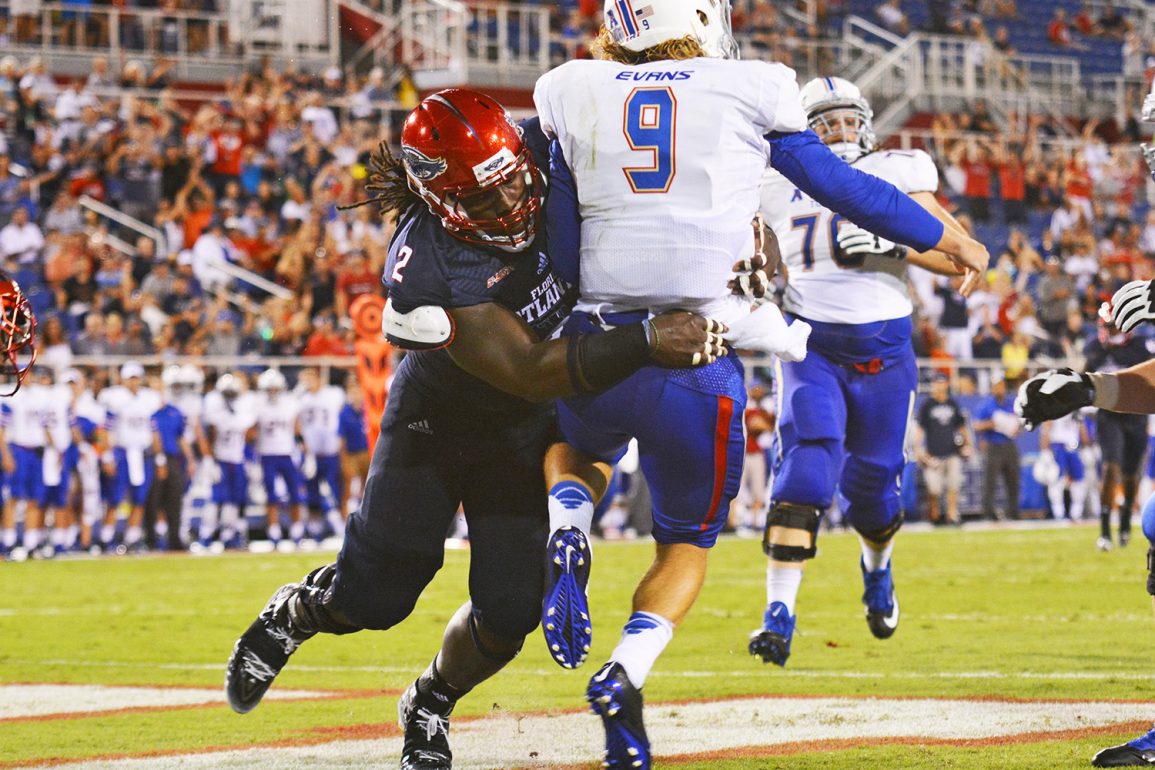 What do Michael Bennett, Doug Baldwin, Jermaine Kearse, Thomas Rawls, Garry Gilliam, Patrick Lewis, DeShawn Shead, Brock Coyle, Michael Morgan, Kevin Smith and Kasen Williams all have in common? Their names were not called on draft day, and yet, here they are on the Seahawks roster and in their plans. No team extends the draft like the Seattle. This is one of the hardest rosters to make in the NFL, and there is still at least one undrafted player every year who fights his way onto it. An early name to watch from this year’s undrafted class is defensive tackle Brandin Bryant. A physical specimen with intriguing versatility along the line, Bryant compares favorably to Cardinals first round pick Robert Nkemdiche, who many analysts called one of the best athletes in the draft. The level of competition is different for Ole Miss than for Floria Atlantic, so the production numbers can be discounted, but the physical attributes are what they are, and watching tape of Bryant does nothing to discourage the comparison. Bryant is quick and powerful. He finishes plays with aggression and shows a nice motor from snap to whistle.

Nkemdiche reminds me of Darnell Dockett when he is at his best. Dockett was a major disruptor on the interior and was more like a linebacker in terms of athletic ability, only he was 290 lbs. Now there were clearly reasons why he went undrafted, so it is far too early to pencil him in, but he will certainly have my attention when camp opens in July.

Watch some of his highlights and share your thoughts.