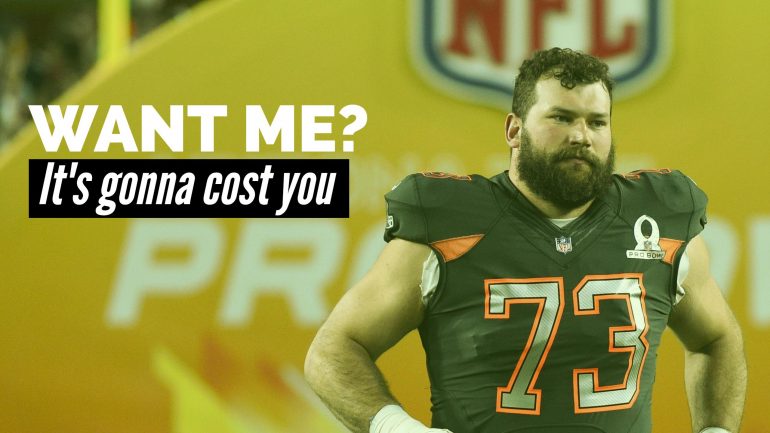 Ever since Pete Carroll and John Schneider arrived on the scene, the Seattle Seahawks have prioritized developing, paying, and maintaining the NFL’s most elite defense. Heading into the 2016 season, Seattle is competing to allow the fewest points for the fifth year in a row. The most recent team to even come close to equalizing this accomplishment was the Cleveland Browns from 1953-1957. However, the game of football was much different back then – rules favored the defenses and there was no salary cap. Cornerback Richard Sherman has spoken many times regarding the Legion of Boom’s dominance:

“Guys take a tremendous amount of pride in what they do individually and what we do collectively. That kind of standard is difficult to uphold for so long, because you have your peaks and your valleys. To make 11 guys play like one is very difficult to do over time. I think guys have found a way to motivate one another and to play for one another; to understand that you’re sacrificing, and that it means more to the guy next to you. It’s worked out well.”

In an era where defenses get flagged for breathing wrong on a receiver, the Seahawks defensive accomplishments are that much more impressive. But as Sherman mentioned, a standard like that is difficult to uphold for many reasons. When players produce at a higher level, they often leave in free agency to another franchise that will pay them $1.25 on the dollar. Everyone wants a piece from that defense. Or maybe the native team extends them for top dollar. In the case of the Seahawks, it’s often the latter. Seattle has typically chosen to extend their elite players one year prior to free agency. Players like Richard Sherman, Kam Chancellor, Earl Thomas, Bobby Wagner, KJ Wright, Doug Baldwin, and Russell Wilson have all been extended under this philosophy. Middle tier talent, like Bruce Irvin, Byron Maxwell, and maybe Golden Tate are allowed to walk. As a result, Seattle creates a sort of gap in their roster’s pay structure. They have a ton of elite players getting paid at the top of their respective markets (Wilson, Sherm, Earl, Bobby, Kam, etc), a very small middle tier of players (Rubin and Kearse), and then a strong base of overlooked talent for cheap (UDFAs). This is the fundamental structure to Seattle’s cap philosophy.

I still don’t get it – so how does Seattle pay these guys?

This is what many call a top-heavy cap approach. In order for this pay structure to remain viable and field a competitive team, there are two major requirements (or assumptions) that come with it.

Seattle has done a phenomenal job of finding overlooked talent in what many call the eighth round (or UDFAs). Per ESPN’s Sheil Kapadia, Seattle’s 2016 roster is comprised of 22 UDFAs – nearly 41.5% of the roster. Unlike many teams that have a strong level of mid-range talent (Cowboys for example), Seattle believes that their money is best spent on players with a chip on their shoulder.

In terms of nearly neglecting a position group, the Seahawks have chosen the offensive line. Per Over the Cap, in 2016, the Seahawks are last in the NFL in offensive line spending. In 2015, they were third to last. But the Seahawks haven’t completely neglected the position. A friend recently shared something relevant to this: “Since 2010, the Seahawks have drafted 19 times in the top 100. 6 of these picks were used on the OL.” However, very few of these players receive second contracts. Brent Giacomini and Max Unger are the only offensive linemen that come to mind. This infers an extremely high rate of turnover at the position. There is very little consistency year-to-year in the position group. And it shows in pass protection. Per Football Outsiders, the Seahawks were ranked 30th in pass protection in 2015, 24th in 2014, and dead last in 2013. That’s not protecting your franchise quarterback and that’s not protecting your competitive future.

It’s time for an evolution in philosophy

Seattle has always preached to “always compete”. With always competing must come the willingness to alter and modify existing philosophies. Russell Wilson’s recent ankle injury has proven that he is human. Despite not missing a single practice snap throughout his injury, it was clear in game time that he was missing an element of his explosiveness. The Legion of Boom will grow old. They will not be able to keep you in the game forever. And they’re not the future of the franchise. Wilson is the future of the franchise. A healthy franchise quarterback will keep you competitive much longer than the Legion of Boom can. It’s time to start protecting your franchise quarterback and quit treating the offensive line like a “junior high science fair project”. Wilson’s elusiveness and improvisational skills have hidden the inadequacies of the offensive line long enough. Does Seattle really want to carry this heavy risk much longer? Russell is entering his prime and it’s time to start protecting him like the valuable asset that he is. His recent injury proved that he isn’t invincible and that this team will continue to struggle mightily if the offensive line doesn’t provide the quarterback with at least average pass protection. Now, this is all easy to say. But there are some serious sacrifices that must be made if Seattle is alter their philosophies in order to protect their franchise quarterback. Here is a list of philosophical financial changes the Seahawks should consider:

Let me be clear on something: I’ve not insulting Seattle’s cap philosophies. I think they’re brilliant. I’m merely suggesting a small change of allocation. I’m really not proposing that radical of changes. I’m not suggesting that Seattle makes any major changes to their cap structure. In fact, I’m a huge fan of how General Manager John Schneider manages the cap. Re-allocate some cap dollars towards the offensive line. Don’t shift your entire identity. Just ensure the protection of your quarterback. If that means you’re not paying for a superstar tight end or an extra super star defensive back, so be it.

I don’t need any more time to evaluate Bradley Sowell. Everyone knows, including the franchise, that he is merely a Band-Aid at the left tackle position. He is a liability in both pass protection and in the run game. He misses assignments, whiffs on blocks, and is overall unimpressive. There’s a reason left tackle is one of the highest paid and sought after positions on the OL. Why? Because they are often matched up against the league’s superstar defensive linemen. Sowell is not the solution. As a result, many analysts have proposed that the Seahawks make a trade for left tackle Joe Thomas from the Browns, likely the leader of his position. I haven’t truly made up my mind about the potential of this so I’m not advocating for it. Rather I’m just going to explore the viability of this.

If the Seahawks were to inquire about a trade for 31-year-old Joe Thomas, the compensation would likely include draft picks of significant value. A first round pick combined with several other forms of compensation, maybe a player or more draft picks, would surely be required in order to pry him from the Browns. But Cleveland isn’t in win-now mode. They’re in rebuild mode – so management might be open to it. They’re paying a lot of money to a player to protect a quarterback who isn’t worth much. Per Over the Cap, Thomas’ contract is through 2018.

Again, it totally depends on what time of compensation would be given and if the Seattle shipped any players off. The possibility of a trade like this is unknown. The potential financial challenges this situation poses are near non-existent. The Seahawks have an above average amount of cap flexibility and could fit Thomas’ contract under their cap with minimal maneuvering. Again, I’m not really sure that I’d be okay with this – since the four years of cheap club control for a first round pick are extremely valuable. Rather I would likely prefer Seattle to stay away from the “splash” trades and simply choose to prioritize the offensive line a bit more under my financial recommendations.

It’s time to change things. The future of the franchise depends on it.