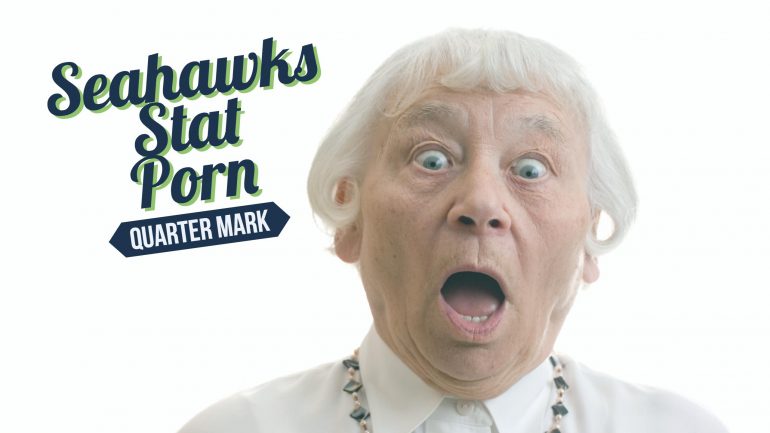 Seahawks 2016 defense may be better than famed 2013 squad

No defense can be judged after just four games. The Seahawks have played some weak offenses so far. Any other caveats the naysayers want to throw out there? Okay, good. Because just as easily as one could argue that the Seahawks defensive numbers to this point in the season are propped up by poor opposition, I could make the case that they are artificially higher than they should be after the 49ers and Jets scored 23 points and gained large chunks of yards in garbage time.

If you don’t count things like 40 yard strip-sacks-turned-into-touchdown scores and two touchdowns scored after the Seahawks went ahead 37-3, they Seahawks are allowing 7.8 meaningful points per game this year.

Dream for a moment. Consider how this Seahawks team would stack up to the 2013 historic squad if they sustained this level of play throughout the year. This crew is allowing fewer points and fewer yards than the 2013 team. The most dramatic differences between the two defenses are defending the run and taking the ball away. The 2016 defense has been considerably better in run defense, and could be even better if not for the garbage yards the 49ers got when Seattle got caught rushing the passer. The 2013 defense was terrific at creating turnovers. Seattle has a considerable challenge ahead maintaining their points and yardage numbers while facing elite offenses in Atlanta, New Orleans, Arizona, Green Bay and New England, among others. However, they should also get more opportunities to take the ball away. This has been a stellar start for what could become Pete Carroll’s best defense.

Most people remember two things about the 2013 Seahawks defense: Legion of Boom and a relentless pass rush. While most of the secondary has remained intact the past four years, the pass rush has changed dramatically. It fell off in 2014 and 2015, ranking outside of the top ten in sack rate (percentage of sacks per opponent dropback). That trend has flipped this year. The current sack rate of nearly 9% would be the best Seattle has posted if it were to last the season. FootballOutsiders.com keeps track of what they call the adjusted sack rate, which includes intentional grounding penalties. They have the Seahawks as the third best pass rush in the NFL this year, compared to the seventh best in 2013. There is no doubt that part of the reason for this rise is the early play of Frank Clark, who is on pace for 12.0 sacks. Another less recognized aspect is Kris Richard’s willingness to send blitzes more than his predecessors. Both K.J. Wright and Bobby Wagner have recorded sacks, and Wright has already matched his career high with two. Cassius Marsh also has a sack and could easily have two or three if not for some unfortunate penalties. One of the biggest question marks heading into this season was whether the Seahawks had a deep enough stable of pass rushers after Bruce Irvin’s departure. Clark had only three sacks in his career and Marsh had none. Early signs are pointing to one of the deepest pass rush groups Carroll has had, with one of the most aggressive defensive coordinators.

It is hard to imagine any fan base spending more time talking about their offensive line than the Seahawks. Most of that conversation involves wringing of hands about just how bad they are in pass protection. Don’t look now, but this group is having a stronger start than most will acknowledge. Tom Cable has infamously never coached an offensive line that ranked higher than 25th in the NFL in quarterback sacked rate. That includes ranks of 27, 26, 32, 25 and 29 with the Seahawks. This year has seen the Seahawks rank 16th in that statistic despite facing two of the top fifteen pass rushes (NY and MIA) and the dominant Rams line that had sacked Russell Wilson at least four times every game since Jeff Fisher arrived (they had two sacks this year).

People will rightly point to Wilson helping the line by getting rid of the ball faster. That is fine, just so long as those same people acknowledge that Wilson was part of the problem in past years. You can’t have it both ways. Similarly, you cannot say that Wilson’s scrambling avoided would-be sacks last year and not point out that his injuries this year have led to sacks he would have otherwise avoided. Anyway you slice it, this year’s line is pass protecting better than any in the Cable era.

There are a number of Seahawks who have gotten off to strong individual starts. Take a look at what their season totals would be if they were to keep up this pace.

Items with (*) denote a number that would be a career high

Stronger start than last season in most ways There has been only one place that really has taken a step back this year compared to the start of last season, and that is the running game. A lot goes into that. The offensive line has not blocked particularly well for run plays. Germain Ifedi is an important part of that aspect of the team and he has played in only one game. The team is running less often this year than in past years. Wilson has been hobbled and unable to either gain yards via scramble or through the bread-and-butter read option play. They also have had a slew of injuries at running back and have been facing some of the league’s best run defenses.

Many of those issues should improve after the bye week. As much trouble as Cable has had building good pass protecting lines, he might be the best in football when it comes to creating a rushing attack. That will improve.

Just about every other part of this team is better this year than it was last year after four games.