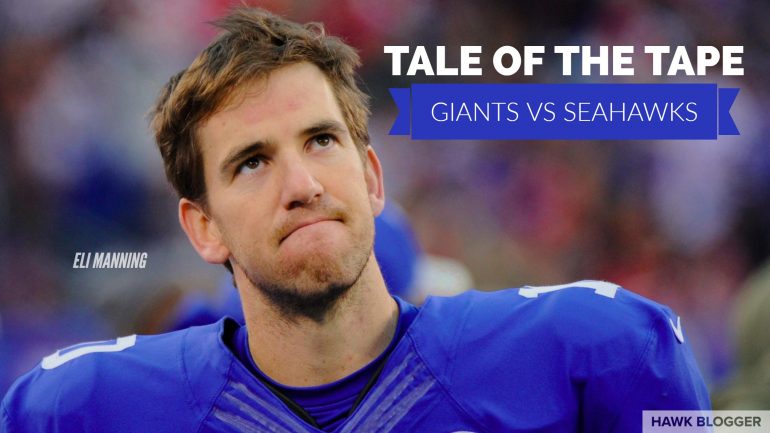 Seattle and New York are fresh off surprising road victories and have some renewed hope that better days are ahead. Most looked at a winless Giants team that lost three receivers and assumed they were doomed to misery. They changed to a Seahawks-like approach in their win over the Broncos that saw their defense and a gritty running game carry the day. New York has more than enough talent on defense to wreak havoc on the still sputtering Seattle offense. Anything but a close game would be a surprise. New York had the best defense in football last year. They featured a ball-hawking secondary, anchored by the guy who deserved to win NFL Defensive Player of the Year, in safety Landon Collins. He registered 4.0 sacks, 5 interceptions, and more than 10 passes defensed. The only other players to do that in the history of the NFL were Brian Urlacher (2007) and Shawn Springs (2004). They also have a talented defensive line with Damon “Snacks” Harrison at defensive tackle and Jason Pierre-Paul at defensive end. Harrison has to be licking his chops at the idea of facing any Seahawks lineman, but especially substitutes Mark Glowinski or rookie Ethan Pocic.

Harrison is more of a run stuffer. Although, he could wreck the passing game if the interior line cannot anchor at all. They have not been that horrible since week one, but the injury to Luke Joeckel, the track record of Glowinski, the inexperience of Pocic, and the dominance of Harrison is a bad mix. Expect Justin Britt to help whoever is at left guard. That will put extra pressure on Oday Aboushi, who has not played all that well either since he moved into the starting lineup.
Pierre-Paul tends to lineup on the left side of the line, opposite the right tackle. He has had a quiet season until he erupted for 3.0 sacks last week. Germain Ifedi had the best pass blocking game of his career versus the Rams, and has yet to surrender a sack thus far. This is a good measuring stick for just how much progress the second-year right tackle has made.
New York has a stable of quality cornerbacks. Janoris Jenkins is a playmaker. Dominique Rodgers-Cromartie is athletic and tough. Eli Apple is a good backup. Ross Cockrell is a solid nickel corner. Both safeties are good, with Collins being great. There are no clear weaknesses in the secondary.

Kind of scary, huh? We have little reason to be confident in how this offense will perform. The Giants have tons of talent on defense, but they have been far from infallible this season. Even in their win over the Broncos, they gave up 412 yards and 20 first downs. This group had only managed 3 turnovers all year until getting 3 in this last game. Seattle has been among the best in football at protecting the ball, and would greatly help their chances in this game by throwing up a goose egg on the giveaway meter.

New York had surprisingly surrendered over 100 yards rushing in every game this season before holding the Broncos to 46 yards this weekend. They have not faced a quarterback as mobile as Russell Wilson, and their linebacking corps is not great. Finding 20-40 yards rushing for Wilson would be a big boost.

J.D. McKissic and C.J. Prosise are potentially pivotal figures in this game. Both can make life miserable for linebackers. Getting them the ball quickly and in space will be helpful. This Giants team is among the worst in the NFL at surrendering passing yards to backs. Seattle has the personnel to exploit that.

Jenkins is a playmaker, but he is ultra-aggressive, and can be made to look foolish on double moves. Doug Baldwin and Tyler Lockett could get free, but Wilson will need to be wary of Collins covering Jenkins tail.

Believe it or not, the Seahawks offense is 9th in third down conversion efficiency. Even against the Rams, they performed well in that category. That must continue this week to put up enough offense. New York put up just 266 yards of offense against the Broncos, a season low. They rushed for 148 yards, though, after rushing for 152 the week prior. They were among the worst rushing teams in football before that. Eli Manning threw for just 118 yards in the win, but committed no turnovers. That was just the second time all season the Giants did not have a turnover. They would appear to have what they need to beat a Seahawks defense that ranks among the worst in the NFL in rush defense. If they can establish a running game, it will be harder for Seattle to take the ball away.

The Giants need to go full tortoise on offense, hiding beneath a solid shell and taking small steps down the field. Seahawks fans will recognize that approach. New York’s big weapon through the air is rookie tight end Evan Engram, although, receiver Sterling Shepard may be back as well.

New York has had trouble with pass protection, but got a great performance from Justin Pugh when they slid him out to right tackle against Von Miller. Michael Bennett enters this game less than 100% healthy.

This is another game where the Seahawks defense has to lead the way. Manning has a history of turning the ball over. The Seahawks pass defense, from linebackers to secondary, has been excellent all year. They should make life miserable for the Giants. Takeaways are crucial, and the Seahawks are coming off their first game with 5 takeaways since 2013.

More than usual, turnovers are going to decide this game. If Seattle can bottle up the Giants run game, they will have no choice but to pass, and the turnovers should come.

Frank Clark should dominate left tackle Ereck Flowers. Nazair Jones, Jarran Reed, and Sheldon Richardson should be able to create push up the middle against slow-footed D.J. Fluker and the other interior linemen.

Anything more than 10 points allowed would be a disappointment.

The Giants have one of the worst special teams units in the NFL. They don’t cover well and they do not return well. This would be an ideal game for Tyler Lockett to break out. There are likely to be a lot of field goals in this game. Aldrick Rosas has only missed two field goals this season, and Blair Walsh has been consistent thus far.