Eagles fans are licking their wounds, but can console themselves with the top spot in the power rankings again. Their balance is something the formula loves, and one game does not undo what they accomplished in the previous eleven. A number of NFC teams are on Philly’s tail, though, with the Saints, Vikings, and Rams all within striking distance of the top spot. I am a big believer that the best, most dominant, single unit in the NFL is a key to winning the Super Bowl. Right now, that is one of these:

Watch out for that Baltimore team. The only thing that has been holding them back from being a top team has been a terrible offense. There are signs they are figuring out that side of the ball, and they only need to be average on offense to win most games. Jacksonville feels like the most dominant defense in football, but it a real question whether they can overpower a Tom Brady team in the playoffs. Believe it or not, their offense is not the worst in the top ten. It’s not even the second worst. Baltimore and Pittsburgh both rate lower on that side of the ball. The Steelers are averaging only 23.4 points per game, 3.7 yards per carry, and a 90.2 passer rating.

Seattle is in the middle of running a gauntlet of top teams. They just toppled the top-ranked Eagles, and now travel to face the 6th-ranked Jaguars, before coming home to face the 4th-ranked Rams. The Seahawks have beat both top ten teams they have faced so far this year. 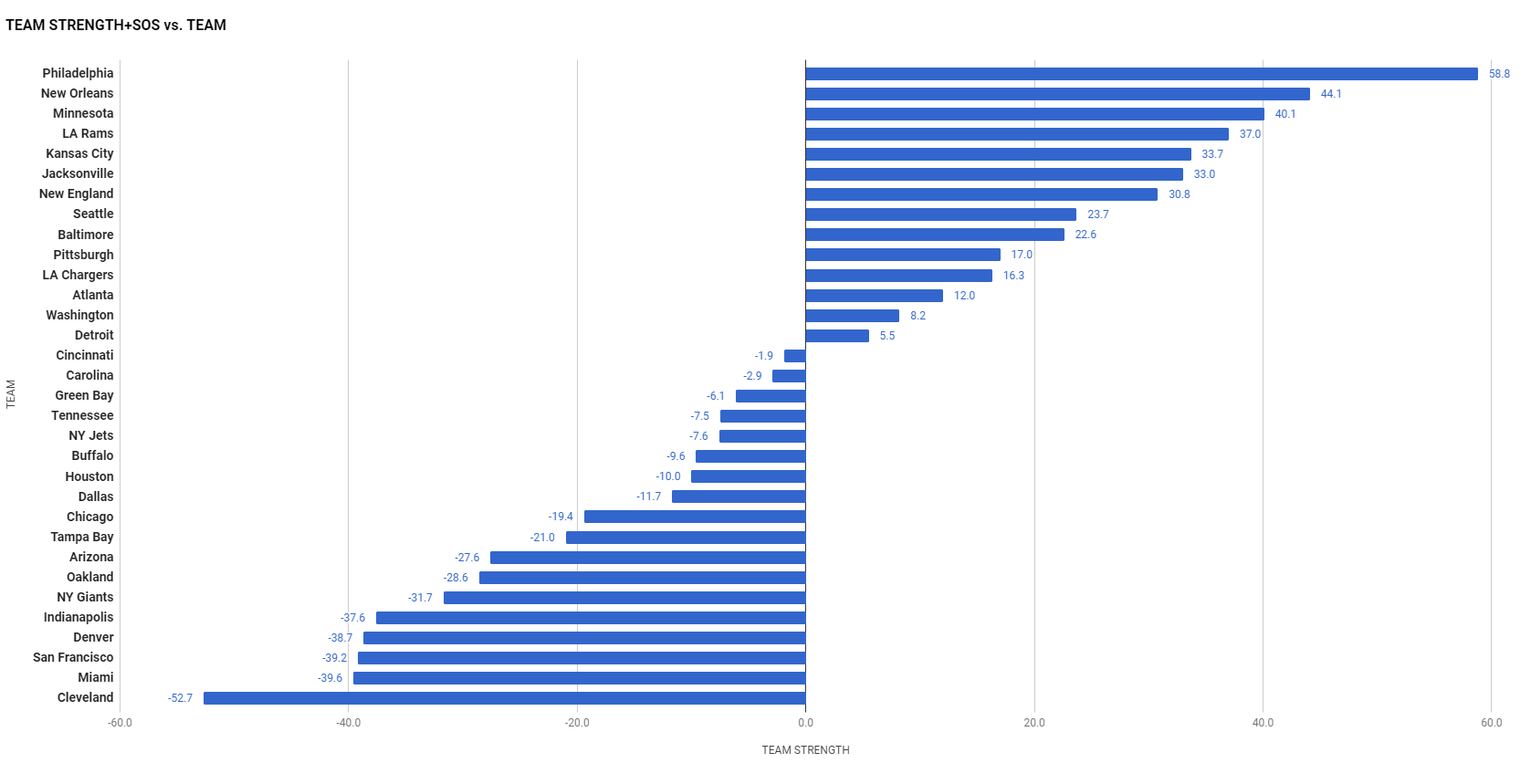 As of September 23, 2014, I have added a strength of schedule component to the rankings as well.
As of November 22, 2016, I have increased the weighting of the run game and point differential. Yards per carry will be multiplied by 10 to make it more evenly weighted with the passer rating. It is still roughly half as important, but will have a greater impact. Point differential will be multiplied by two as it still should be among the most important aspects of measuring teams.
Start typing to see results or hit ESC to close
softy russell wilson real hawk talk 49ers cardinals
See all results
More Stories