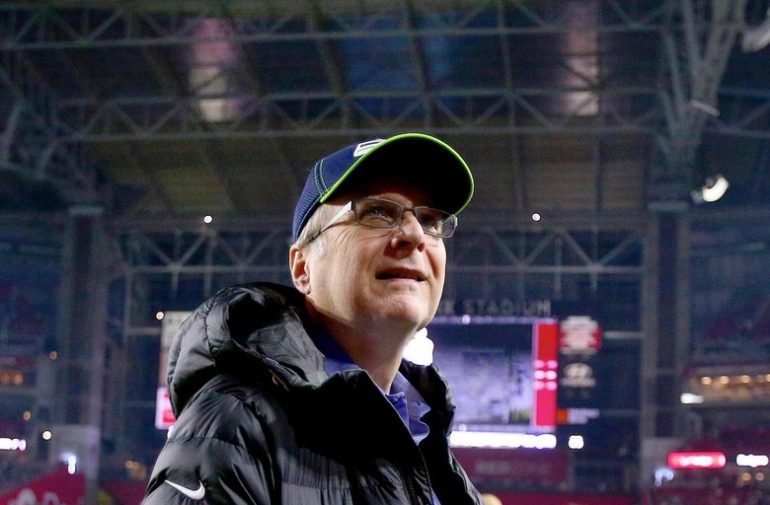 For the second week in a row, it feels like a very difficult game to prognosticate for the Seahawks. The team made a laugher out of the game against the Lions, much to my delight. It seems incredibly optimistic to expect another pleasant surprise today against the Chargers. Here are a few odds and ends running through my mind before kickoff.

Word is that Carson is questionable and a game-time decision for the Seahawks today. The vast majority of fans are shrugging that off with thoughts like, “Mike Davis is no slouch,” or “That’s why we have Rashaad Penny.” Neither of those statements are incorrect. They also indicate a lack of recognition for how important Carson is to the this offense. In particular, Carson is far and away the best tackle breaker of the bunch.

He has forced 22 missed tackles on the season, compared to 8 for Davis and 1 for Penny. More important might be the 3.6 yards he averaged after contact versus 3.1 for Davis and 2.2 for Penny. He is a battering ram that is perfectly suits the Seahawks first and second down style of earning 2-4 yards with very little chance of a negative play. Davis is more of a slasher, who can be more prone to losses. A quiet key to the Seahawks turnaround this season has been drastically reducing the number of 2nd and 10+ situations for the offense to face. A successful play on first down is generally considered any play that gains 40% of the yards to gain, which means 4 yards on a 1st and 10 play. Seattle has been getting a lot of 3 yard rushes on first down. One of the thing that success rate misses in this case is the potential alternative. I think we can all agree that 3 yards is far more successful than -9 yards and a hit on your quarterback.

None of this is to say I dislike Davis. He is a better bet to create a breakaway big play on the ground. Everyone likes to point to the game against the Cardinals when Carson could not play and Davis had a 100+ yard day. He definitely showed some of what he was capable of that afternoon, but saying that proves he and Carson as interchangeable is too simplistic. Better to look at game against the same opponent on the same day where all both backs got reps.

As of now, Davis has yet to out-produce Carson in a game where both played. The success Davis had against Arizona likely means Carson simply would have done better, not that one player is equivalent to the other.

Even if Davis can step into Carson’s shoes, the ripple effect is more carries for Penny. The real trade is Carson for Penny, and that has been a pretty awful swap. C.J. Prosise was active last week and even got on the field before the Lions called a timeout, so maybe the team would consider utilizing Prosise over Penny today. Hopefully, Carson plays and stays healthy and makes it all moot. It is great that we have Davis, but let’s not pretend Carson isn’t an absolute key to this offense.

Philip Rivers is a fantastic quarterback. He’s one of those guys where you almost cannot imagine how to stop him. One of his best assets has been his willingness to check the ball down to his running backs quickly enough to give them room to run and to avoid the pass rush. His staple has been the intermediate routes, and he has typically struggled on deeper throws. Not this year. He is bombing away with his terrific receiving corps. Guys like Mike Williams, Tyrell Williams, and Travis Benjamin are tall, fast, and can jump.

Rivers has had at least 3 pass plays of 20+ yards in every game this season. Some of those are underneath throws to backs who scamper for a bunch of yards after the catch. When you isolate to the true deep throws, we see that he is much more likely to strike down the left sideline.

He has 10 of those 20+ yard plays to the deep left, compared to just 5 for deep middle, and 5 for deep right. For the math challenged, that means twice as many go to the left as the middle or right.

The implication is that the Seahawks right cornerback, Tre Flowers, figures to be a major factor in this game. The good news is that Flowers has proven he is tough to beat on vertical routes. He is also 6’3″ tall. He doesn’t have enough of a reputation to give Rivers any second thought about throwing his way. Flowers will get opportunities to change this game for the very good or very bad. He may be one of the more pivotal figures.

One of the quiet stories of the last two Seahawks games was the emergence of Jacob Martin in the pass rush. He has taken advantage of the absence of Rasheem Green and shown a great speed rush off the edge. In fact, he has a similar pass rush productivity (PRP) during those two games to Frank Clark. He has created 7 hurries in 39 pass rush attempts for a 9.0% PRP rate. Clark has 4 sacks and 2 hurries in his 53 pass rush attempts for a 9.4% PRP rate.

Martin has done it all on the road. His game is about get-off and speed, with some nice power when needed. He should be in even better position to get an advantage over the linemen he faces in CenturyLink Field.

Joining him will be Dion Jordan, who looked fresher and healthier last week than at any other time this season. If he can be anything close to that player today, the Seahawks will have a quality rotation rushing the passer on the edge, and that’s without knowing how Green will look.

The emergence of Martin is a big reason why I am not sure the Seahawks will sign Bruce Irvin, as much as many of us love him. Martin has the look of a younger, cheaper, and maybe even better, version of Irvin. Signing the vet and stymieing the development of the youngster seems unwise.

Two teams who do not turn the ball over

Both the Seahawks and the Chargers are tied for third in the NFL with only 6 giveaways. The flip side of that is that both offenses have benefitted from defenses who have taken the ball away. Seattle has had at least one takeaway in every game this season. The Chargers have had at least one in all but their first game against the Chiefs. Figuring out which team is more likely to make a critical mistake is tough.

Do you bet on Rivers, who is so good at getting rid of the football, but may underestimate the Seahawks young corners? Or maybe Russell Wilson, who has been so efficient the last six weeks, but can struggle when the rain starts to fall?

A more interesting question might be which team is better equipped to handle a game where they get no takeaways. Math would probably favor the more efficient offense, which would be the Chargers. I prefer the physical, ball-controlling, run team at home.

Paul Allen on my mind

This will be the first home game since Paul Allen passed away. I am really looking forward to honoring him.