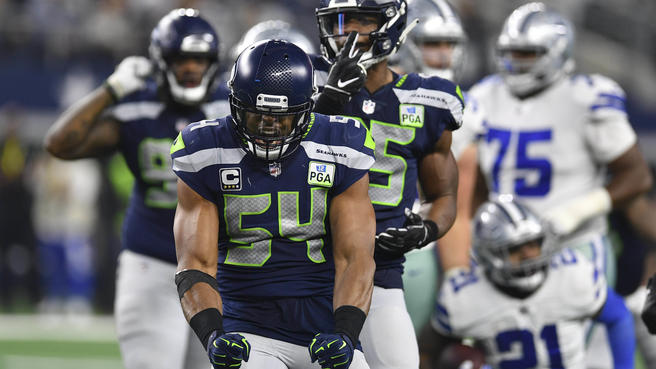 An update on Seattle’s cap space

As I was out of the country the past couple of weeks, I wanted to update Seattle’s cap numbers after their recent moves. Their biggest move, of course, was signing Ziggy Ansah — probably the best free agent that was still available on the market. After trading Frank Clark to the Chiefs, adding some veteran help to the position was an absolute must.

Seattle also signed Al Woods, a veteran defensive tackle from Indy. He’ll probably be expected to play rotationally, serving as much needed depth behind Jarran Reed. It appears to be a one year deal worth “up to” $2.5M. The base value is lower with incentives maxing his contract out at $2.5M. We don’t know any further details at this time. The Seahawks also added some quarterback competition, bringing Geno Smith into the group. He’ll battle with Paxton Lynch and any UDFAs for the backup spot behind Russell Wilson. Geno likely signed a league minimum deal with the Seahawks.

I’ll start off by giving an overall cap update, and then some light commentary on the deal signed.

Under the top 51 rule, Seattle currently sits at just under $24M in cap space. This includes the Ziggy signing, but doesn’t include the Woods signing (frankly the Woods signing will reduce Seattle’s cap space marginally, if at all). Per Over the Cap, the Seahawks currently have $165,803,923 in 2019 cap dollars allocated under the top 51 rule. Including any carryover amounts from the previous year, their cap limit is $189,777,111. Subtract the two and you get just under $24M in cap space. If you’d like to account for practice squad ($1-2M), IR (~$2-3M), and a full 53 man roster (an additional $1M) — Seattle is looking at realistically $18-19M in cap space. I always tend to overestimate those miscellaneous items (PS, IR, etc) just to be safe… so they could realistically have a bit more in room. Seattle will likely use this extra 2019 cap room to negotiate extensions with Jarran Reed and Bobby Wagner (however, Jarran’s deal is the only one like to actually reduce 2019 cap space… since he’s coming off a rookie contract).

In terms of the Ansah deal, the numbers came in exceptionally positive for Seattle. The contract is one year with a base value of $9M, with $6M in guarantees. The deal includes a $2.5M base salary (fully guaranteed), a $3.5M signing bonus (fully guaranteed), and two $1.5M roster bonuses throughout the season — one for the 46 man game day roster and one for the 53 man roster… totaling a base value of $9M. It was also reported by Joel Corry that the deal includes NLTBE (not-like-to-be-earned) incentives for sacks and play time. NLTBE incentives are adjusted for against the cap after the season, assuming the player hits any of them. Over the Cap lists Ziggy’s 2019 cap number as $7.875M, which is simply assuming the roster bonus activity of whatever he did in 2018 — and applying it to 2019. His 2019 cap number will evolve and change as he stays healthy and produces throughout the season. I’m really happy with the Ansah deal, as it’s a bargain signing for one of the league’s premier pass rushers when healthy. Even if Ansah doesn’t play a single down all season, this was a well calculated risk.

All in all, Seattle is sitting very well cap wise. Trading Frank Clark opened up a lot of future space. With the freed up space, Bobby Wagner and Jarran Reed will probably be receiving extensions soon. As always, if Seattle doesn’t use all of their leftover 2019 cap space, it will rollover into 2020.