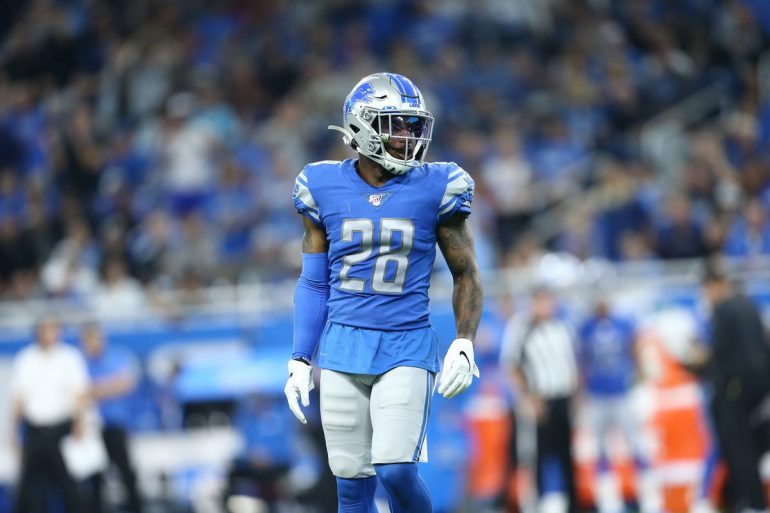 Breaking down the salary cap & roster implications of the Diggs acquisition

Around 1:30PM PT today a report dropped that the Seattle Seahawks were trading for Quandre Diggs, the versatile defensive back from the Detroit Lions. A player capable of playing both free safety and nickel corner, the acquisition fills a major void on the Seahawks defense. Tedric Thompson, who could be potentially replaced by Diggs, has been absolutely pitiful this year, as he currently ranks as the worst safety in the NFL by ProFootballFocus. A 39.0 overall grade… dead last.

For those unaware, Diggs signed a 3 year/$18.6M extension with the Lions in September of 2018. A leader in both the locker room and a dynamic contributor on the field, it was a no-brainer extension for the team. However, things have obviously changed — as the Seahawks shipped a 2020 5th round pick in exchange for the safety + a 2021 7th rounder. All things considered, this is an extremely cheap return for a 26 year old, versatile playmaker.

In terms of the contract Seattle will be taking on, here’s how it breaks down per Over the Cap.

When a player is traded with a signing bonus in his contract, the team who extended the player pays the entire signing bonus. So the $4.5M signing bonus, or the “Prorated Bonus” column above turns to $0 for the Seahawks. A reminder that signing bonuses are paid by the team offering the extension, typically soon after signing.

Thus Diggs’ cap hits for the Seahawks are as follows:

If for whatever reason the trade doesn’t pan out, the Seahawks could cut Diggs in 2020 and save $5.2M in cap space, incurring approximately $0 in dead money. However, this would be an unlikely situation.

It’s important to note that both Lions fans and players are absolutely in shambles regarding this trade. Not only because they lost a great defensive player, but because the compensation was so weak. To be quite honest with you, I’m not sure why the Lions shipped him. They have more than enough cap space and it’s hard to believe they couldn’t obtain better value from anyone else in a trade.

Diggs, who was a pro-bowl alternate in 2018, has had a very lackluster 2019 season… but that could be due to an injury he’s been playing through. He’s not a blue-chip player, but he automatically joins the Seahawks defensive back group as their second best player. For a fifth-round pick, I’ll take that every day. I don’t see his acquisition as a short term bandaid, but rather as him a long-time contributor to this defense.

The Seahawks have struggled majorly with missed tackles this year, and one of Diggs’ main traits is his tackling abilities. Additionally, his versatility is likely a major factor as to why the Seahawks traded for him. His ability to play all corner and safety spots will make him an extremely valuable asset to Seattle. Maybe he comes in and starts at nickel corner, allowing this team to spend less time in base defense. The transition to a base defense has been a major defensive shift for Seattle, and frankly, they’ve been getting shredded. Per Football Focus, the Seahawks currently rank 22nd in defensive DVOA.

Overall I love this move for the Seahawks. John Schneider acquired a good (and maybe even great!) player for Seattle’s system. He is an immediate improvement at any position he plays. And the Seahawks were able to do it without leveraging their future. Great move.