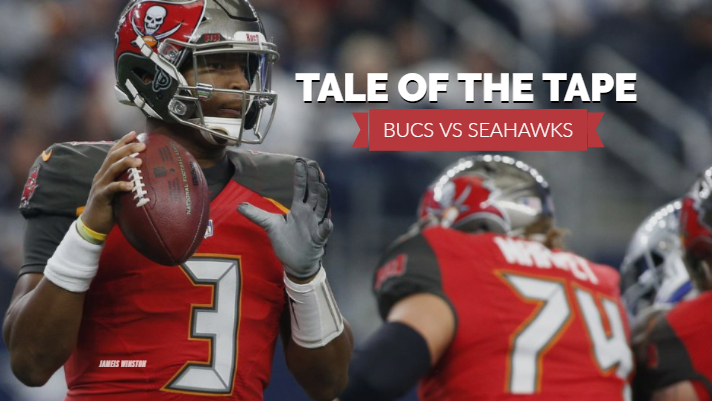 Tale of the Tape: Seahawks Must Rely on Passing to Beat Bucs

Sadly, I wrote this article already and somehow the whole thing got erased. I am not going to rewrite the whole thing, but I will add some key points and at least provide access to the charts.

There are Seahawks games that are tough to prognosticate. This is not one of them. If Seattle chooses to be stubborn about running the ball against the best run defense in the NFL, they will lose this game. The Bucs are a powerful offense that will put up a lot of points against a porous Seahawks defense.

Forget the records. Forget the Jameis Winston memes. This game sets up very well for the Bucs if the Seahawks do not exploit their significant advantage in the passing game. The good news is Seattle has everything it needs to win this game. They are the better team. Time to show it in front of the home crowd.

The Bucs have a fantastic rush defense. They rank tops in the NFL in both rushing yards against and in yards per carry allowed. Vita Vea and Ndamukong Suh form a solid interior and linebackers like Lavonte David fill the gaps.

Seattle has a below average rushing attack this year. Chris Carson is great, but this team in the bottom half in yards per carry and have had trouble establishing a consistent threat on the ground. That is literally the only major advantage the Bucs have on defense. Do not bang your head against this wall, Seattle.

Shaquil Barrett and Vea form a good pass rush combo. Considering the Seahawks struggled to protect Russell against a team that had not sacked the quarterback in over 300 snaps last week, the Bucs have to be excited about getting after the QB this week.

The Bucs have had trouble generating pass pressure, so that could help the Seahawks at home, especially if the weather holds. The Bucs pass defense is better than their 31st ranking in yards passing allowed suggests. They are middle of the pack in yards per attempt allowed and completion rate. It has been chunk plays that have killed them, along with a lack of interceptions.

Take a look at who the Bucs offense has faced so far this year:

They have faced top ten defenses in five of their seven games, and still managed to score more points per game than the Seahawks. Seattle represents one of the easiest opponents this offense has gone up against.

Mike Evans and Chris Godwin are as productive a pair of wide receivers as you will see in the league. They will give Tre Flowers and Shaquill Griffin plenty of chances to make plays. This could be the game where the Seahawks corners stand up and provide some encouragement for the final stages of the season, or it could be a very frustrating afternoon.

Tedric Thompson going to IR means the Seahawks will have their strongest safety combination since the season started with Bradley McDougald and Marquise Blair.

Winston is a one-man wrecking crew to his own team’s chances of winning. He fumbles. He throws picks. He fumbles and then throws a pick. When he is not turning the ball over, he is generally scoring touchdowns.

Seattle has had some good turnover luck of late and ranks 4th in the NFL in turnover differential.

Michael Dickson finally had a consistently good game against the Falcons. Jason Myers finally hit a long field goal. The Bucs special teams is not very good. It would be nice if the Seahawks crew could be a net positive in this one.