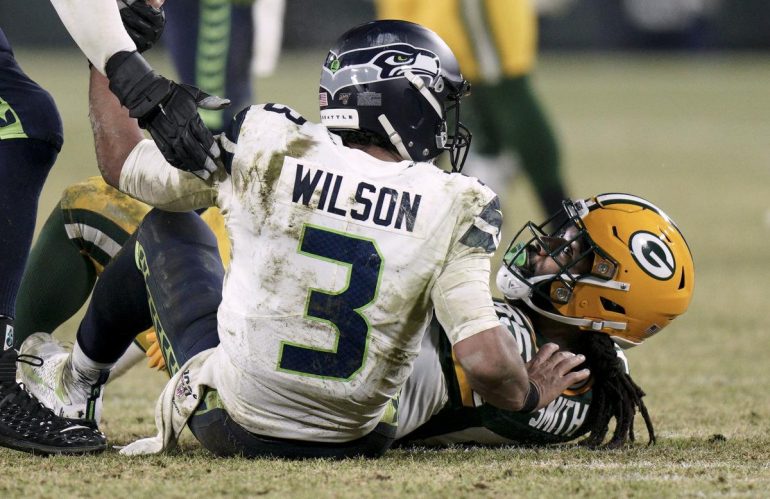 Why I feel completely hopeless about the Seahawks.

But for the first time in my life, I feel incredibly hopeless. And I truly doubt the best is to come for these Seahawks. I feel completely hopeless about the Seahawks moving forward — and it sucks.

While Twitter is arguing back and forth on whether Pete Carroll should or shouldn’t be fired, I hope to lay out the reasons for feeling the way I do.

Before I begin, I want to communicate something: I sincerely do not have an agenda or narrative to push here. I feel hopeless about the Seahawks moving forward. Those feelings, thoughts, and emotions are genuine. I do not take joke in having these types of thoughts or discussions. But it’s important that we unravel them.

Carroll got his first start as a football coach in 1973 for the Pacific Tigers. He’s been coaching football for a very, very long time. 47 years to be exact. He’s coached football for twice as long as I’ve been alive! You will hear no argument from me on his legacy: both as a college and professional football coach, I think he’s one of the best coaches the game has ever produced.

I genuinely believe that.

Let’s take a quick look at his accomplishments over the course of his career:

That is one hell of a resume. Not only is Pete a good football coach, I believe him to be an incredible leader of men. I would actually argue it’s the greatest trait he brings as a head football coach. He’s incredibly skilled at developing a program’s culture, motivating complex and difficult personalities, and ultimately coaching up football fundamentals. There are countless examples of players leaving his program and reflecting on the positive environment they experienced.

But over the course of Pete’s tenure as a football coach, football has changed radically — and particularly in the NFL. I could list countless rule changes that have tipped the scales in favor of the offense — the evolution of defensive pass interference, how you’re allowed to tackle players, quarterback treatment in the pocket, strict blocking rules, and a whole lot  more. A game where defenses once dominated opposing offenses on the regular, it has become increasingly difficult to play defense in the NFL. A game where running the football was paramount to offensive success is now outdated. The scales have been artificially tipped towards the passing game.

The reality is that the NFL has transitioned from a running to a passing league. It’s evident in both the stats and the money paid to quarterbacks, offensive linemen, and receivers.  A combination of rule adjustments favoring the passing game (contact with the receiver — whether he has the football or not), the increased use of shotgun formation, and the development and access to football data has made the NFL a passing league.

If the goal is to score points and win football games (which I hope it is), passing is almost always better than running — with the specific exclusion of short yardage situations. Don’t take my word for it, take the data’s word.

Long story short: with the exception of short yardage downs (and potentially in the red-zone… the data isn’t clear yet), passing is much more productive and likely to result in more points. And in turn, winning football games.

I believe there are three core flaws in Pete’s approach to playing offense in the NFL.

Of course, we all know that Pete values the running game. He doesn’t buy into the hype of forward thinking offenses that prioritize the passing game over running the football. Brian Schottenheimer, who is merely an executor of Carroll’s offensive vision, had this to say following their disastrous 2018 loss against the Cowboys:

“For the play-caller, you have an identity of what you want to do. We obviously want to be a balanced team, but we know we need to establish the run.”

The Seahawks, of course, sit in the bottom 10 teams of early down pass rate. And in-case you’re concerned this was a one year anomaly, they led the league in run-heaviness in 2018.

Yes, you read that right: The Seahawks were one of the best early-down passing teams and worst early-down rushing teams and still chose to be run-heavy football team. It is clear that Seattle’s obsession with running the football puts the team at a significant disadvantage. What makes the situation even worse is that they’re failing to utilize their best player: Russell Wilson — who is their top competitive advantage they have going into any football game.

Here’s the thing: if Andy Dalton was the quarterback, I wouldn’t be that upset about Pete’s approach to running the football. Sure, it would be old fashioned — but you’re probably not missing out on much. However, the Seahawks do not have Dalton at quarterback. They have this guy named Russell Wilson. Don’t know if you’ve heard of him, but I hear he’s pretty good at playing football.

Artificially limiting Russell’s pass attempts to “establish the run game” or “set up play action” puts Russell and this offense in a hole every time they attempt it. There is no need for this. Running more than the bare minimum required to make the defense respect the run on first down or 2nd and long is a policy failure.

Although the Seahawks may preach pursuing a balanced offense, their personnel decisions on the offensive line are anything but balanced. Here… would you like some pain? What’s that, you don’t? Nope, you don’t have a choice. One dose of pain coming right up.

Yes, you read that correctly — the best offensive line Russell Wilson has ever had in pass protection ranked 18th overall. Oh… but maybe they’re just bad at scouting and developing pass protection skills. Hm. Let’s look into that. Here’s a peculiar list of decisions where Seattle’s coaching staff has prioritized run blocking over pass protection:

The list goes on and on. I can’t emphasize this enough: this is a major, major strategic failure. You have an excellent quarterback. Yes, sometimes he does hold onto the ball too long and takes some bad sacks. This does not excuse the incorrect value they place on the run game and subsequently run blocking.

What ever happened to “Big Balls Pete”?. What makes this even worse is how bad the Seahawks defense was for most of the year. When you’re a team that struggles against quarterbacks such as Matt Schaub and Andy Dalton, punting to gain 20-30 yards of field position is an incredibly weak trade-off for taking the ball out of Wilson’s hands.

Many are arguing that Seattle’s decision to punt on 4th and 11 against the Packers lost them the game. In the moment, I wanted Seattle to go for it. Even if they hadn’t converted, I truly believe it would have been the better decision.

Let me put it this way: I trust Wilson more to convert a long fourth down than I trust Seattle’s defense to get a stop against Aaron Rodgers and the offense that had been slicing them all night long. There’s a legitimate argument they’re not playing in the NFC championship game because of this decision.

There’s some really good arguments for *why* Seattle should keep Carroll. But I’ve also seen some really bad ones. Let me take a second to counter some of the bad ones I’ve seen.

Argument: Pete Carroll has won so many games!! How can you say he should be fired?

Of course the Seahawks have won football games. They have Russell Wilson, an MVP-caliber/future HOF quarterback in the prime of his career. What Russell has consistently done with atrocious offensive lines and suboptimal offensive support (to put it lightly) is nothing short of miraculous.

Argument: But Pete Carroll drafted Russell Wilson! He chose to bring him on!

Actually, John Schneider had to convince him.

Argument: But Pete Carroll has earned the right to leave when he wants!

OK, that’s fine. But then you better be comfortable wasting the prime of your franchise’s best asset — a HOF quarterback in his prime. Personally, I’m not comfortable doing that. Russell is more critical to this franchise’s success and frankly, it’s not close. Additionally, I don’t think employment status should solely rely on what you’ve done in the past. It should be about what value you plan to bring in the future.

Argument: But if you fire Pete Carroll, who are you going to replace him with?

There’s always quality candidates out there — it’s simply about finding them. Every big time coach you love was a nobody at first. However, Greg Roman, Eric Bieniemy, and Lincoln Riley are some intriguing names out there.

Argument: But there’s a chance the team is worse if Pete Carroll is fired!

That is correct. Of course there’s a chance. But in its current state, this Seahawks regime is highly unlikely to come close to winning another Super Bowl. Frankly, being “good enough” to make the playoffs with a HOF quarterback isn’t good enough for me. It’s a subjective exercise, but the expectation should be building your team around Russell Wilson. This regime isn’t doing that. I’m willing to take the risk.

Potential Paths Forward — and why I feel hopeless

What’s the ideal option? You might not have expected this, but option #1 is actually my ideal solution. Option #2 would also be encouraging. The reality is I don’t want Pete to leave the Seahawks. I want him to modernize his offense and build around the Hall of Fame quarterback in his prime.

Will he do so? Absolutely not. We’ve seen enough from Carroll to know he’s not going to change. He brings tons of defensive expertise (although that has sort of been in question recently) and cultural building value, but his offensive philosophy and in-game decision making is so detrimental to the success of this team that there’s a strong argument it outweighs his positive traits.

What’s most likely? Option #4. I don’t think a change is coming, unless a new owner purchases the team.

So the question everyone wants answered is: should the Seahawks fire Pete Carroll? My answer is simple. Yes. I have zero hope of Carroll adjusting his offensive approach. He’s highly unlikely to modernize his approach to football in any significant way.

Is there a risk to changing head coaches? Absolutely, and I will not argue that this move carries zero risk.

But it is absolutely worth the risk, because Wilson is the most valuable asset in the history of this franchise. It’s time the Seahawks finally build around him and give him a true shot to win multiple championships for this franchise.

Making the playoffs and barely winning wildcard games is not good enough. Our expectations need to be higher for a team with a Hall of Fame quarterback at the helm.

The clock is ticking on the prime of his career.