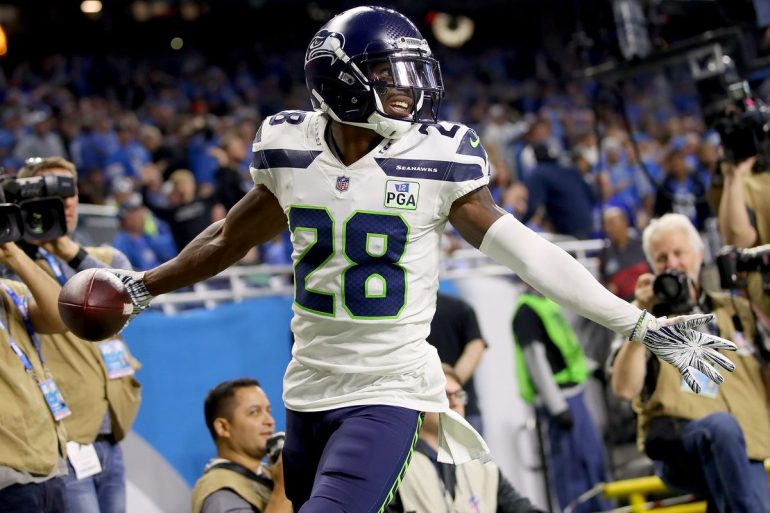 The conclusion of the Seahawks 2019 season was a familiar sight. A slow start in the first half put the team in a hole, followed by an offensive tear to bring them back, only to fall short in the end. Similar games occurred against the Falcons in 2012 and 2016, as well as in 2015 against the Panthers. In the hours and days following the loss, the takes and reactions started flying. Pete Carroll’s job immediately became a hot topic.

For the optimist, 2019 was the stepping stone necessary to set up 2020 as the beginning of the next run. The 2019 Seahawks went 11-5, reached the divisional round, have plenty of cap room, and a significant haul of draft picks. The season was a dramatic roller coaster, but perhaps just the ascent. For the pessimist, 2019 was a warning sign. The +7 point differential tells a better story than the eleven wins. Their historic number of wins in tight games is unsustainable. Pete Carroll’s conservative approach of run first, battle for field position, and relying on great defense is archaic. The season was a deceptive roller coaster.

I’ve written and rewritten this piece several times in an attempt to gather my thoughts. Rather than just talk about data and graphs for a couple thousand words recapping the season, I’ve decided to take a different approach. Looking ahead to the 2020 season, these are a few things that will help Seattle take the step to be a contender once again.

Before starting, there are some glaring omissions, namely pass rush improvement and offensive line upgrades. The latter is missing because that has been a constant theme for the last five seasons, the former is missing because it’s clear they’ll do something with Clowney, Ansah, and Reed hitting free agency.

1. Continued Increase in Early Down Passing

With Brian Schottenheimer entering year two many fans were banging the drum for more passing in 2019. In 2018, the Seahawks were dead last in neutral situation passing rate by a long shot. In fact, at just 38.4%, it was the lowest neutral situation pass rate since the 2010 Kansas City Chiefs. The 2019 team took a decent leap to 49.8%, sandwiched between Denver (49.7%) and Jacksonville (51.2%), two teams lacking a top tier quarterback. To put it simply, that is a disturbingly low pass rate when Russell Wilson is your quarterback.

The above plot shows every Seahawks offense play in a neutral situation, with averages shown with dashed lines. The difference may seem small visually, but the average rush EPA was -.115, while the average dropback EPA was .240. The Seahawks need to put the ball in the hands of their best player more often on early downs in 2020.

The offseason will be key for adding another weapon for Russell Wilson. Pete started to sound more confident in John Ursua towards the end of the season but nothing materialized. David Moore has been an inconsistent over the past two seasons. Will Dissly is coming off a back to back major injuries. The Seahawks need to add a legit number three target for Russell Wilson, whether that be a tight end or receiver.

2. Upgrade The Cornerback Room and Return to Nickel Defense

The Seahawks ran base defense (only four DBs on the field) the most of any defense in 2019. What’s unclear is whether this was a choice made because the lack of a good nickel corner or rather their trust with the three linebackers. Poor play from slot corners indicates it was the former, while their consistent praise for Bobby Wagber, KJ Wright, and Mychal Kendricks indicates the latter. Regardless, the pass defense was poor this season. Shaquill Griffin had an excellent season and recovered from his sophomore slump, meaning one side of the field is settled.

The other side is less settled with Tre Flowers continued ups and downs. He committed the most defensive pass interference penalties with seven (a couple could be argued as being weak but even five would put him near the top of the list). In terms of snaps per reception, he ranked 41st out of 62 qualifying corners. This isn’t to say Flowers can’t improve, after all, he’s played about as well as anyone could expect for a safety convert in year two of playing corner. At the least, competition is needed.

The most important position to fix in the cornerback room is nickel. Despite the perceived weakness of using base defense, the Seahawks defense fared worse in terms of EPA per dropback in nickel defense. Remember, positive EPA per play is bad on defense.

Just like with Tre Flowers, I’m not writing off Ugo Amadi, he had some nice plays against the Eagles before struggling against the Packers. Nevertheless, competition here will important as the continued reliance on base defense, and/or poor play from the nickel spot, will allow opposing passers to flourish just as they did in 2019.

3. A Change in 4th Down Decision Making

With the increased use of analytics, NFL teams are going for it more on 4th down. The New York Times 4th Down Bot is built using historical data to say when to go for it, when to kick a field goal, and when to punt. The consensus among the analytics community is that teams should be going for it more. This stance is based on field position being overvalued as opposing offenses have a good chance to bring the ball back to the position you punted from, making the punt a wash. Secondly, long field goals (upper 40s and 50+) are essentially coin flips for the vast majority of kickers. The top team in terms of going for it, the Ravens, went for it on 4th down around 56% of the time that the 4th Down Bot said to go for it. Seattle meanwhile was at 19%, 5th lowest in the league.

To be clear, I’m not anticipating Pete Carroll becoming John Harbaugh over the course of the offseason. That said, one thing that is absolutely achievable is having a better decision-making process. Several times in 2019 the team was seemingly caught off guard when they had to make a 4th down decision. These decisions need to managed better, burning a timeout to decide whether to punt or kick a field goal is unacceptable. Taking a timeout to get the correct play call on offense is at least understandable, taking a timeout to punt the ball is not.

There’s no denying that the Seahawks have a lot of cap space heading into free agency, currently projected above $50 million. However, a market rate contract for Jadeveon Clowney will eat a significant portion of that. The point being that the seemingly large amount of cap space will be drastically reduced post-free agency. There are two players from the 2017 draft class heading into the final year of their deals and will likely be looking for an extension this summer.

Shaquill Griffin: His third season was exactly what the team, and fans, were hoping for. He will be barely 25 years old heading into the 2020 season and is by far the team’s best cover corner. Griffin ranked 9th out of 62 qualifying corners in snaps per reception, just a few slots behind his old mentor Richard Sherman. Griffin’s performance in 2019 likely raised the price of an extension but cornerback is a premium position and the Seahawks should extend him.

Chris Carson: Consecutive 1,000+ yard seasons have given fans a sense of consistency and security at the running back position. The 2019 season was concerning though, seven fumbles, another injury, and backup Rashaad Penny looked much improved from year one. Paying big money to a running back has not gone well for other teams. The contracts given to Todd Gurley, David Johnson, and Le’Veon Bell all look like mistakes at this point in time. The nature of the position leads to more injuries for running backs and analytics has shown that the offensive line has much more to do with rushing production than the running back. I thoroughly enjoy watching Chris Carson play, but handing a big contract to a running back is simply too risky.

Of those four wishes, I believe upgrading the corner position and playing more nickel is the most likely to happen. I’m hesitant to say the other three will happen with Pete Carroll at the helm. Following the 2017 season and the departure of several key players, it felt like it would take a couple of years to get back to a championship caliber team. Expectations heading into year three of the “retooling” will be high, especially given the cap space and draft picks. A repeat of 2018 or 2019 will only make the calls for Pete Carroll’s job grow louder.