Tale of the Tape: Seahawks offense has significant advantages over Bills defense 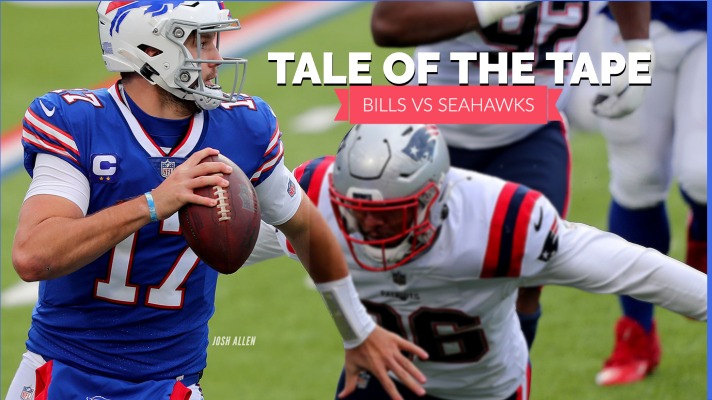 Take your mind off the election for a minute and escape into the world of your 6-1 Seattle Seahawks as they go on the road to face the 6-2 Buffalo Bills at 10AM PT. I do not usually use the term, “fun” to describe a matchup, but this one qualifies for several reasons.

Seattle has been scoring points like no other team in football. Their average of over 34 points per game is almost 2.5 points more than the nearest team behind them. They will be facing the worst defense, from a statistical standpoint, since the Cowboys in week three. They just ran up 34 and 37 points against what were top five defenses. There is good reason to expect Seattle to score a lot of points on Sunday.

The Seahawks rarely get to play the Bills, and even more rarely play in Buffalo. The last game they played on the road versus Buffalo was in Toronto in 2012. Seattle has not been in Buffalo since 2008, when Marshawn Lynch still played for the Bills.

Personally, I have always had a soft spot for the Bills. It’s a small, blue-collar, town that takes a ton of pride in their football team, even though it has had a lot of tough luck. Josh Allen is an almost perfect figurehead for the franchise as a small town kid who nobody gave much of a chance to, but has shown meaningful growth as a player this season. He was even in the MVP race after four weeks, but has since fallen off.

Allen can torment his opponents and his own fans with brilliant, creative, and faceslappingly stupid plays. There will probably be a mix in this game.

The last part that makes this game fun should be the introduction of some much needed reinforcements on defense. Jamal Adams should finally, finally, finally, be back in the lineup. He knows the Bills well from his time with the Jets. Carlos Dunlap may play, although it might be another week depending on how conservative the team wants to be with him. Damon Harrison may play. Even just getting Adams back would be a huge boost.

Generally, the Seahawks have a strong enough advantage on offense that their defense should be in the preferable position of holding a lead against an offense not perfectly suited for coming-from-behind. Buffalo has been ahead at halftime in 5 of their six wins (they trailed by 4 vs NE), and we ahead at the end of the 3rd quarter in all six victories. They have lost 2 of 3 games when trailing at halftime and both games where they trailed after three quarters.

If the Seahawks follow their game script, they should wind up winning this game.

Jerry Hughes is a very good edge rusher. He is a key part of what is a pretty decent pass rush for the Bills. Trent Murphy is another solid edge rusher. Mario Eddison is a third, giving them a very nice rotation. Former Seahawk Quinton Jefferson is disruptive inside, but has trouble making the tackle and can be a liability in the run game. Ed Oliver can be a plus interior pass rushers as well.

Jordan Poyer is a very good all around safety, and Tre’Davious White is a solid cover corner.

The Bills best chance to win this game is to create pressure on Russell Wilson with their capable pass rush. The challenge for them will be the Seahawks offensive line has been quite good at protecting the passer.

Duane Brown has been playing some of his best football, and Brandon Shell has be super steady. Assuming Jordan Simmons fills in again for Mike Iupati, and DeeJay Dallas has to handle the bulk of the running back snaps again, the Bills will probably try to blitz and cause confusion.

That could be a bad idea if Wilson and D.K. Metcalf continue getting more comfortable with quick slants and WR screens.

Buffalo has given up a bunch of big plays, both through the air and on the ground. Their run defense is especially weak. This could be a game where Seattle finds success on the ground to compliment their passing.

It is also a game where the linebackers are very bad. Even Tremaine Edmunds has been struggling mightily, especially in coverage. Buffalo is 31st in the NFL in defending #1 receivers, 10th in #2 receivers, 16th in 3rd receivers and 20th in defending TEs. This could be a game where Seattle tight ends make a larger than normal contribution.

Allen has been mostly very good this season. He has struggled a bit more of late. His top targets are going to be Stefon Diggs and Cole Beasley. Both players should feel confident in their ability to beat their Seattle counterparts.

Their offensive line is pretty good, especially at the tackle spots. Allen is often under pressure, but that is more due to him holding onto the ball. Seattle will likely need to blitz to create pressure, but will need to be selective and clever about when and how to do it.

Allen gets a lot of yardage with his legs, and is tough to bring down.

The makeup of the Bills offense should give Seattle some freedom to involve Adams and Bobby Wagner in the blitz as they like to do. This would be the first game that Ryan Neal could be used as a third safety, and that could allow some subpackages that are interesting from a pressure and coverage perspective. Neal has been a decent blitzer when given the chance.

The Bills do not score a lot of points. If this game stretches to a two-score lead, there is the chance the Bills turn the ball over and make this a blowout. They rank 22nd in the NFL in giveaways and the Seahawks rank 1st in the NFL in takeaways.

The Bills kicker has already missed a few kicks. Michael Dickson is facing his most dangerous return team so far, and will need to be great again to help control field position.