I did my best to give away my pre-season tickets to the game tonight against the Broncos, but fell a little short of my 50 Twitter follower goal (9 is close to 50, right?). 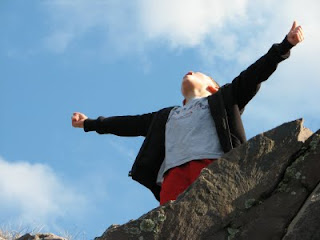 Instead, I’m going to try and take my oldest boy to the game for the first time in four years. Last time I took him, we left just after the national anthem with him in tears from the volume of the music. Not exactly what I had in mind for my first Seahawks game with my son. I’m hoping four years, a few Mariners, Sounders, and Blazers games later, we’ll have better luck this time. If he makes it to halftime, we could be dropping some cash at the Pro Shop to celebrate.

THINGS TO WATCH
– Rhythm on offense
The first string offense was mostly ineffective in game one. It will be important to see progress here. Is Matt progressing through his reads smoothly? Is he patting the ball looking indecisive? Does the running game look clean, or are we still running into lineman’s backs for 1-3 yards?

– Breakout game for one or more receivers
I expect John Carlson or TJ Houshmandzadeh to get some more looks. We should also expect someone to step up in the battle for the last few receiver slots between Logan Payne, Mike Hass, Courtney Taylor, Ben Obamanu and Michael Bumpus. Bumpus has looked great in training camp, but was nowhere to be seen in the first game.

– Deon Butler progress
I want to see Butler look more like he can contribute this season. He’s been a little bit of a disappointment thus far.

– Pass pressure
The second and third units got to the QB way more effectively than the first. I’d like to see us pressure the first string offense for the Broncos.

– Cory Redding and Colin Cole
Can they continue to look like major additions to this defense?

– Nick Reed, Michael Bennett, Baraka Atkins and Craig Terrill
I only see two of these guys making the roster. Terrill is a little bit of a stretch to include in this group, but I think Bennett’s versatility should make Terrill feel the heat a bit.

– Devin Moore
I want more of this guy. Can he carry the load for a full half? Is he just a scat back?

– Mike Teel
Not sure he’ll get many snaps, but I loved what I saw in his first game.

I will be tweeting throughout the game, giving you live reports from inside Qwest Field. Be sure to check in and join in the conversation if you’d like.