THIS WEEK
Take a look at the NFC. Four of the top five teams reside in the NFC. The Eagles blowout win helped them climb into the top five, and the 49ers remaining relatively steady while the Saints faltered again, allowed San Francisco to gain the #3 spot.

Cardinals fans will be angry to see their team lost team strength despite a rousing win in Seattle. That is the second time in three weeks a team has beat the Seahawks, but done so in a fashion that cost them strength in the rankings. Passer rating differential plays a large role here, and as bad as Russell Wilson’s numbers were, there were not as bad as Carson Palmer’s. Yards per carry was also in Seattle’s favor. Arizona fans can be happy they get a win.

Seattle slides back, but not a ton because their defense has played so well. 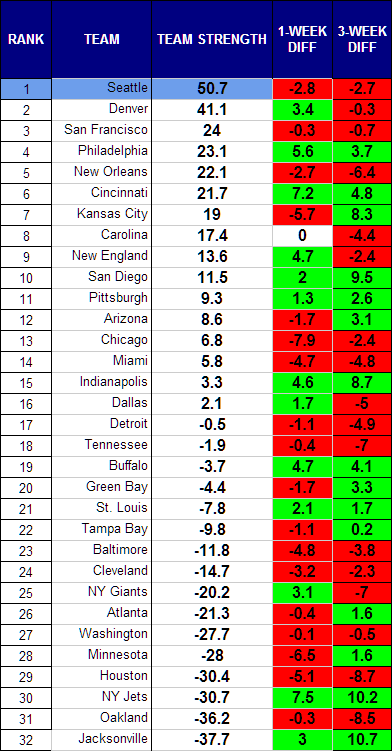 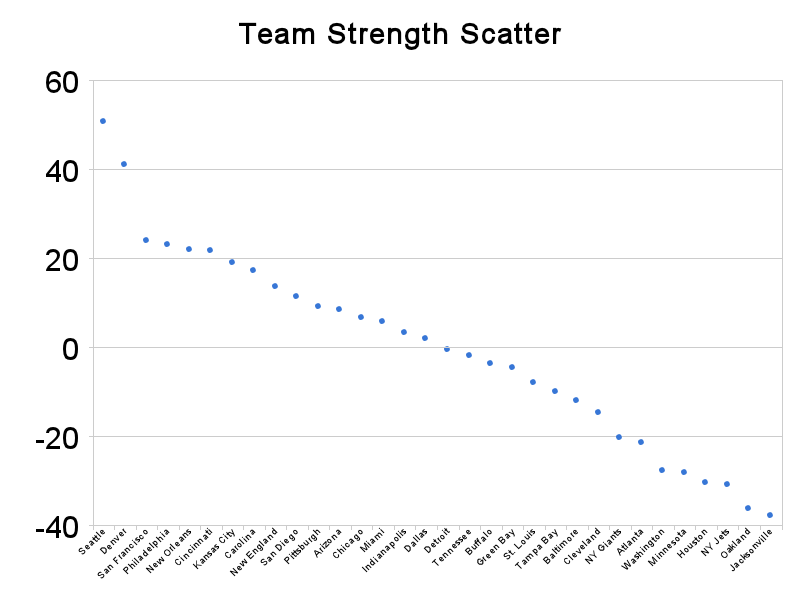