A Look At Washington 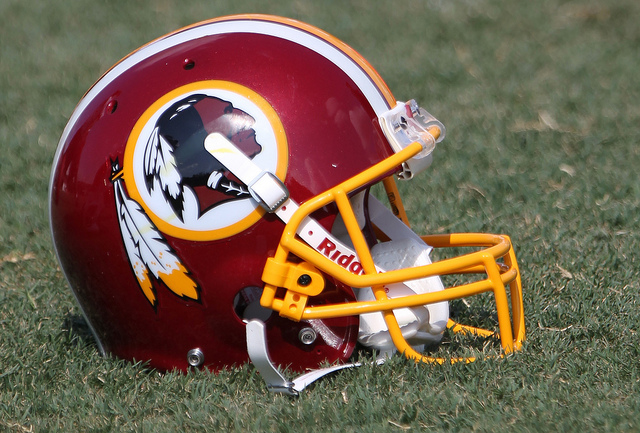 The Seahawks won their first road playoff game in a few decades and Trent Williams sucker-punched Richard Sherman the last time Seattle played the Redskins. There will be no crushing Zach Miller blocks to spring Marshawn Lynch, as there were that night, but that will be only one of many differences between the two teams that faced off in the playoffs two years ago. Washington fans are bracing for the worst given their recent blowout loss to the New York Giants, and the Seahawks enter with an extra week of rest. Vegas has this as a seven-point advantage for Seattle, and with the three-point home-field advantage figured in, the implication is the Seahawks are ten points better than the Redskins on a neutral field. Nobody is giving the Redskins much of a chance. Let’s see just how confident Seahawks fans should be.

Kirk Cousins had the type of game against the Giants that can alter your career trajectory. He threw four interceptions and lost a fumble. It was remarkable to see his passer rating still above 50 (53.0) with all those picks. He still totalled 257 yards passing and a healthy 7.8 yards per attempt.

He had this collapse just one week after throwing for over 400 yards and nearly nine yards per attempt. It would be unwise to expect another disastrous performance, but Cousins has thrown at least one interception in six of his seven career starts, and at least two interceptions in three of those games.

Cousins has a nice compliment of weapons to attack defenses. The Redskins acquired DeSean Jackson this off-season, but their leading receiver is tight end Niles Paul (21 rec 313 yards). Pierre Garcon has the most catches (24). Jordan Reed is the starter at tight end, but has missed time recently with a hamstring injury. There are indications that he will make it back for this game. The Redskins may need him as Paul could miss the game after a bad concussion against the Giants.

Washington offense is at its best when they can get the running game going. Alfred Morris is a talented back who is averaging 4.5 yards per carry and has three touchdowns.

A big part of the Redskins success on offense depends on their offensive line.  Right Guard Chris Chester, C Kory Lichtenstiger and LT Williams are all above average starters. Williams, though, is questionable for Monday due to dislocating his knee cap in the last game.

Seattle has allowed very little success on the ground this year. They are #1 in the NFL in opponent yards per carry (2.8), and #5 in opponent rushing yards per game (72.3). Should the Redskins struggle to run, expect heavy doses of their tight ends and running backs in the short passing game.

Roy Helu Jr. is a similar player to Danny Woodhead, who gave Seattle trouble releasing out of the backfield for short gains that led to manageable third downs or first downs. Jackson is a tough cover for Seattle with his raw speed. T.Y. Hilton is a similar player, and torched the Seahawks secondary last year. Andrew Luck will not be the quarterback, however, throwing to Jackson.

The Seattle defense has played one road game this year, and it was a hot mess in every sense. Washington’s offense is not the threat that any of the first three Seahawks opponents were, but they are fully loaded with weapons and can put up a lot of points.

Seattle linebackers will be key. Keeping track of Helu Jr., filling the gaps against Morris and covering Paul, Reed and third tight end Logan Paulsen will keep them at the center of things all evening.

Any time a team allows 45 points in a game, it is hard to call their defense tough. This Redskins defense is worth of that. They have serious flaws, but those overshadow some true strengths.
Their pass rush is as good as Seattle has faced so far this year. Ryan Kerrigan has 5.0 sacks, and Jason Hatcher has 2.5 for a defense that ranks fourth in the NFL in sack percentage, according to TeamRankings.com. LB Brian Orakpo and NT Chris Baker are additional pass rush threats.
They couple that with a very strong run defense. Washington is fifth in the NFL in opponent yards per carry (3.2) and eight in rushing yards against. Their weakness is the secondary and pass coverage in general.

Every Redskins defender has a 0.0 or negative pass coverage rating on ProFootballFocus except three players. Their best rating is 0.8.

Losing DeAngelo Hall with achilles injury took a thin secondary and made it untenable. Nobody is covering the pass well. Not the corners. Not the safeties. Not the linebackers. They have one member of the secondary with a positive PFF rating, Trenton Robinson, and he has only been thrown at three times all year.

CB David Amerson has been targeted 33 times and had only one pass defensed. Opposing quarterbacks have completed 72.7% of their throws against him. Brandon Meriweather loves to hit, and often with his helmet, but is a mess in coverage.

There is nobody on that side of the ball who can cover Percy Harvin. There is nobody who can defend Doug Baldwin or Jermaine Kearse. This could be a game that a player like Paul Richardson or Kevin Norwood make their first impact as well. There should matchup advantages all over the field for the Seahawks offense.

Their biggest challenge will be pass protection. Seattle will counter with their quick passing game, but this is the first opponent to have seen enough tape to start taking away what the Seahawks want to do. Being in position to tackle a guy like Harvin and actually tackling him is another thing.

This also would be the first real chance for the team to sneak Christine Michael in for a few snaps. Defenses know nothing about him.

Washington may hold up against the Seahawks running game, so Darrell Bevell will have to adjust and avoid repetitive 3rd and long situations.

There is little doubt that the Redskins are a lesser team than any that the Seahawks have played so far, but the Seahawks have not won on the road yet this year. It is a game after the bye, and will be in front of a raucous Monday Night Football crowd.
The Seahawks should score over thirty or more points against this defense, and the defense should be able to force a couple of turnovers. Watching the defense play another good offense on the road will be the big indicator for Seattle. Cousins is not Aaron Rodgers, Philip Rivers or Peyton Manning. The secondary cannot hide behind that any longer. This is the chance to reestablish they are a defense that can beat up teams on any field.