THIS WEEK
Into week four and the Bengals are lapping the field so far. They have been helped by 21st-ranked strength of schedule (SOS), but even taking down their team strength with that factored in is not enough to make them anything but dominant thus far.


Green Bay jumps up on their big victory over the Bears. That helped make Seattle’s SOS the second-toughest in the NFL after three games. The Chargers also won again, which is how Seattle actually increased their team strength this week without playing a game.

It is odd seeing the Packers so high. They are still allowing more points than they are scoring, but their passer rating differential is off the charts (+30.2) and they have played the fourth-toughest schedule so far.

San Francisco sneaks into the top ten as both their raw numbers and SOS improved with their win over Philly. 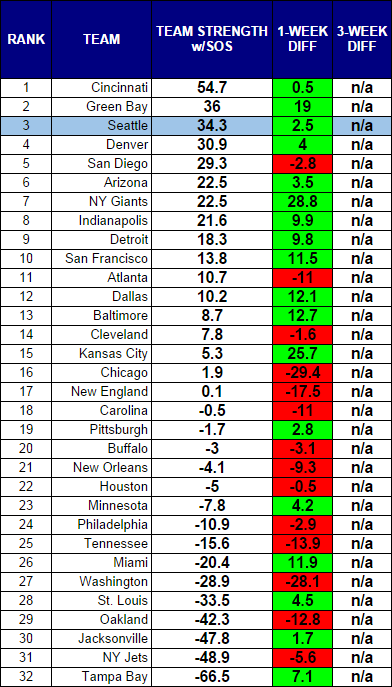 I will provide the old rankings, without SOS, for comparison one more time. 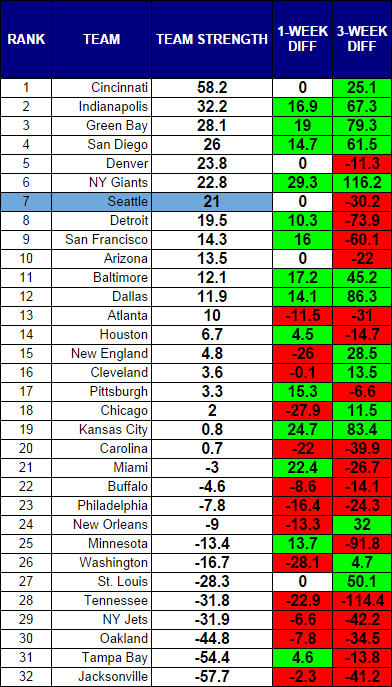 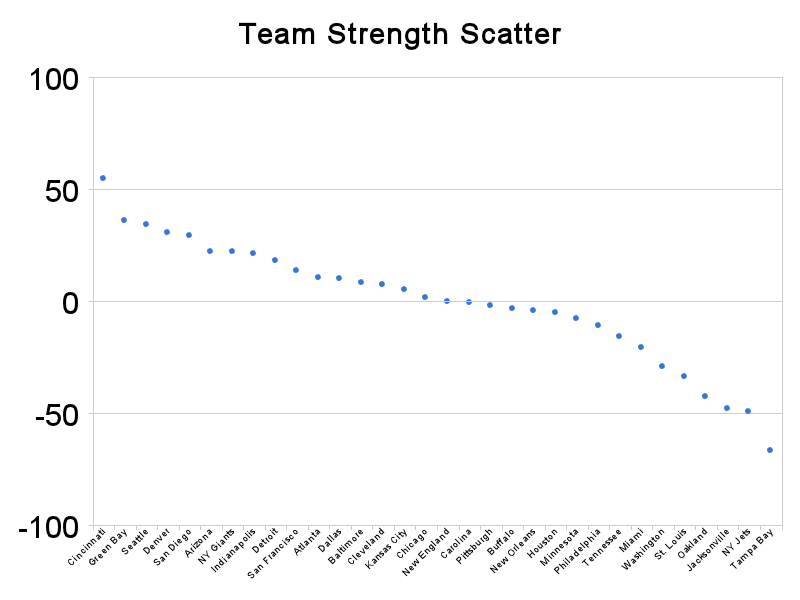