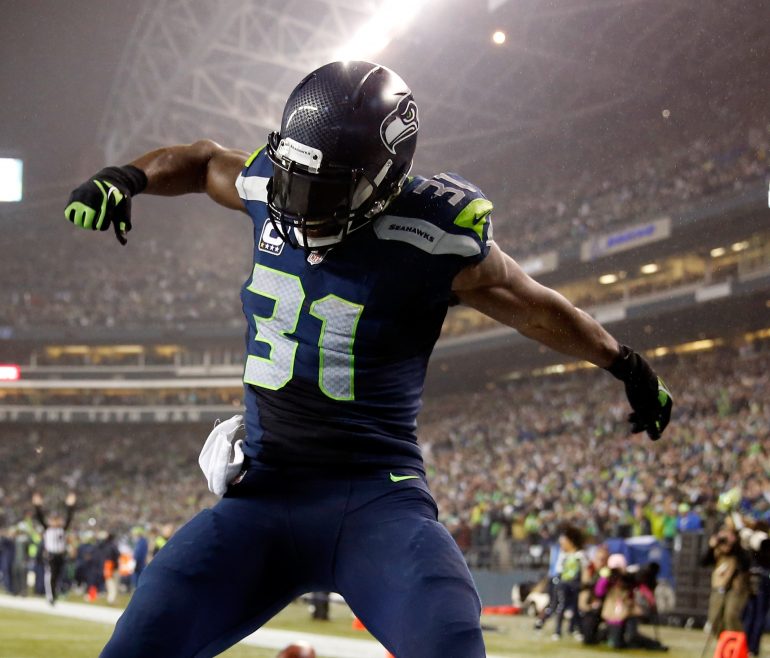 State of the position: Secondary

Two years later, that depth has eroded and the boom has quieted. That 2013 secondary forced six fumbles and intercepted 22 passes. Add up the totals from the past two seasons for the Seahawks secondary and you get 23 interceptions and 10 forced fumbles.

The Seahawks secondary picked off 22 passes in 2013, but had just 23 interceptions in the last two seasons, combined.

It is not all bad. The 2013 squad allowed 17 touchdown passes. The 2014 secondary allowed 16, and the 2015 backfield allowed just 14. Teams have adjusted their approach when facing Seattle, often avoiding the deep pass in favor of a shorter passing attack.

That has been a significant contributor to the drop in interceptions, but it has not necessarily led to more touchdowns.

Richard Sherman started the season slow, but steadied himself and had another terrific year. His cheerleading of the offense from the sidelines was a clear demonstration of his growth as a leader.

The team knew the spot opposite Sherman would be hard to fill once Maxwell moved on for big money in Philly. Signing Cary Williams was among the worst free agent decisions this front office has made. Had he been a veteran minimum signing to add some experience to the competition at corner, that would have been one thing. Outbidding other clubs with a multiyear deal was a rare pratfall.

A decent amount of the blame has to be shouldered by Kris Richard, who evaluated and interviewed Williams. He also stayed with Williams too far into the season despite a series of game-changing mistakes. Shead took over as the starter against Pittsburgh, and the change in play was obvious and immediate (dubbed The Cary Williams Effect on this site).

The interesting name to remember for 2016 is Tharold Simon. Hot-headed and oft-injured, Simon still possesses all the tools Seattle covets in their corners. He would have almost certainly overtaken the starting position from Williams early in the season had he stayed healthy. Should he be fully recovered from the surgery on his toe and manage to stay on the field, he would be an upgrade to that position group.

He will be entering the final year of his rookie deal, and should be plenty motivated. Seattle might want to think about extending him now, before he returns from injury and increases his market value significantly. They had that chance with Thurmond back before the 2013 season and either chose not to, or were unable to.

Marcus Burley has been a solid contributor and sometimes starter. He is a good special teams players, and should be back as a restricted free agent.

Tye Smith was a rookie last year who saw very limited time. He was overmatched in training camp, but showed some signs of catching on in the preseason. He should be more able to step forward starting next year.

Mohammed Seisay is an exclusive rights free agent who the team traded for last season. He looked promising before going down with an injury.

George Farmer is someone Pete Carroll has called out a few times as showing promise. Farmer spent time on the practice squad last year.

Stanley Jean-Baptiste is a 6’3″ rookie out of Nebraska who Seattle signed to a futures contract and brings intriguing size to the table.

Douglas McNeil is still listed as a receiver, but he was switched to cornerback during training camp. He is 6’3″ as well, and it would be interesting to see if he has stuck with corner and made strides since last summer.

Earl Thomas remarkably played in every game once again, even after coming off serious shoulder surgery. He had a solid season. It was not his best season, some of which can be attributed to getting pulled out of position trying to cover for Williams.

Chancellor made waves with his holdout and came back to help solidify the safety spot. I believe he has played his last game for Seattle. Should he return, Seattle will have to decide whether he is worth a new deal. His impact plays last season were fewer than in previous years, and his physical style may not lend itself to longevity. Had Chancellor reported to camp and never held out, the idea that they would move on from him now would be ludicrous. Given the choice of increasing his contract, leaving his contract as-is and forcing him to play, or trading him away for cap space and either draft picks or players, I believe the Seahawks will choose the latter.

That would put Kelcie McCray in the spotlight at safety. He did well while filling in for Chancellor. His tackling is solid and his coverage is decent. Nobody will mistake him for an All-Pro, but the team would not be in dire straits should they need him to step forward. He is entering the final year of his deal.

Steven Terrell was backup for Thomas and will likely return as an exclusive rights free agent. He was a solid contributor on special teams.

The Williams experience will make the front office more wary of signing corners who came up in someone else’s system. Lane may be more valuable to Seattle than he will be to other teams. A short-term deal could be a nice way to shore up the depth at the position and reduce the need to draft here.

Recently waived by the Jets for cap purposes, Cromartie is the right kind of physical player to consider opposite Sherman. He could likely be had for a short-term deal below even what Williams made.
Walter Thurmond III

Thurmond played safety for the Eagles, but there is no reason he couldn’t play corner for Seattle. Should he be a fit at safety as well, all the better. Another bonus is the Seahawks know he can play in their system.

Finnegan did not get enough credit for his play in Carolina, stepping in for Bene Benwikere and Charles Tillman. He is a physical slot corner, who can also play outside. He could be a good fit for the Seahawks scheme and mentality.

The Saints have said they are planning to waive Browner on March 9, which makes him an immediate candidate for the Seahawks to consider. He is very scheme-specific, and he was so bad in the Saints scheme that his value should be low to most teams, opening the door for a potential Seattle reunion.

Weddle is moving on from the Chargers and wants to play for a contender. He probably will be looking for big dollars, and is too old to pay him that kind of scratch.

A strong, physical safety for the Bengals. Illoka could be an interesting replacement for Chancellor should the team decide to trade him.

Moore is one of the most physical safeties in football, but is getting older. He could be an interesting stopgap option while the team drafts a longer-term replacement for Chancellor.