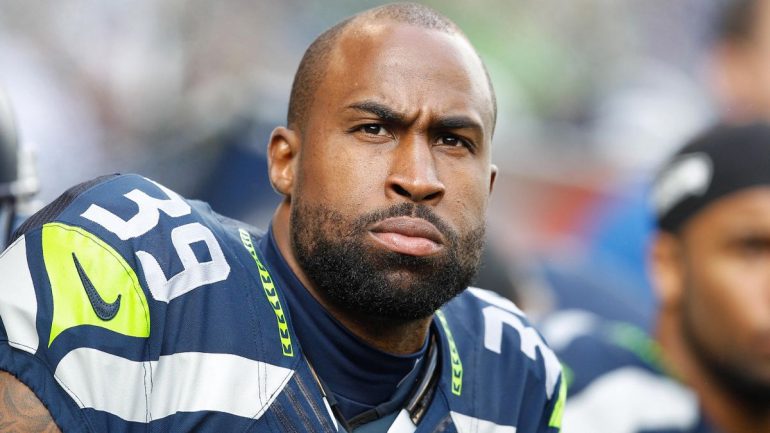 Media members flooded the Virginia Mason Athletic Center. They had come from far and wide to see one man run on the field. Terrell Owen had signed with the Seahawks, causing quite the stir. The man was a physical specimen. At 6’3″ and 225 pounds, he was accustomed to pushing around smaller opponents. He would meet his match on this day. After mugging for the cameras and running by players in contact-free drills, Owens lined up for his first 1-v-1 route. Across from him stood 6’4 220 pound Brandon Browner. The ball was snapped and Owens took a jab step right before trying to cut the outside. Browner stood patiently and let Owens come to him. His arm extended, Browner knocked Owens off balance before adding his second hand and driving the future Hall of Famer into the ground and onto his back. Notice was served. You are not bigger than us. You are not stronger than us. We are the bullies.

Since the moment Browner joined the Seahawks in 2011, the fanbase has been divided about his contributions. His second game as a starter saw him get beat often by the Steelers. A large number of fans and media were ready to show him the door right there and then. He stabilized and became one of the most impactful players on an emerging defense, earning a trip to the Pro Bowl. His signature moment would be his 94 yard interception return for a touchdown against Eli Manning in New York when the Giants were threatening to take the lead late in the fourth quarter.

Still, he was penalized often. His size and physical nature have always been a double-edged sword. There are plays he can make that no other corner in football is capable of, like the way he dominated Jermaine Kearse on that game-deciding interception in the Super Bowl. Then there are the agonizing moments watching him try to get his hands on quicker receivers, often resulting in holding or illegal contact penalties. He will annihilate a receiver like this:

Then he will late-hit an offensive lineman away from the play, costing his team 15 yards and a first down. Detractors like to point to his penchant for penalties, his struggles against double moves, and his vulnerability against quicker receivers. They see a player who is not good enough to warrant all the bad. Most teams agree with that sentiment. I do not, and apparently neither do the Seahawks.

They say the tool is only as effective as the person using it. Very few coaches in the NFL know how to utilize Browner. In fact, the list may be limited to two of the best defensive minds the game has ever seen in Pete Carroll and Bill Belichick.

Browner is a ball-peen hammer, and everyone wearing an opposing uniform is a nail. He is an intimidator. He is a mauler. He is a badass.

Where many fans see him suplexing a receiver and getting a 15-yard penalty as a boneheaded play, teammates see a message being sent and opponents feel it. So many people think of Kam Chancellor as the enforcing member of the Legion of Boom. Browner was every bit as tough. The team lost some of that edge when he left.

Breno Giacomini was another player who drew more than his share of penalties for extracurricular play, but he was as tough as a $5 steak. The Seahawks have lost a lot of their bullies over the past three years. Now they have a couple of them back in Browner and Chris Clemons.

Nobody should expect either player to come in and be their best self. They are older and have always had limits to their game. Carroll collects unique parts and puts them in position to succeed.

Browner was terrible last year. Nobody should argue that. There are a few key differences between Seattle and New Orleans: Earl Thomas, Kam Chancellor, Richard Sherman, Kris Richard and Carroll. When you have Sherman on one side, the defensive staff has the luxury of designing coverages to greatly assist the other corner. Browner was rarely asked to operate without safety help in Seattle. Carroll and Richard narrow his job description down to something that matches his skill set.

This is not to say he is the perfect corner. Far from it. No matter who the Seahawks surround him with or how the coaches scheme to help him, Browner will get beat. He will be among the league leaders in penalties. He will give opponents first downs on stupid holding penalties away from the play. He also has a knack for creating turnovers and winning games. His value is complex, but that doesn’t mean it should be dismissed.

Ask the Patriots how they felt about him during his time there. He was the talk of camp when he arrived, and his style of play helped define an eventual champion.

“One of the things about Browner is he not only exerts his physicality, but he’s found a way to get into the heads of opposing receivers. There were a number of instances yesterday where after the play was over, or after the series was over, Broncos players were very frustrated and engaged in some verbal sparring, with Brandon Browner front and center right there for the Patriots. This guy brings an edge and we saw some of it in preseason — he even got into it once with a Patriots assistant coach because he was giving Kenbrell Thompkins such a hard time with his physical play during one training camp drill.

“I think his attitude and his play on the field has really carried over into this defense. I hate to use the term because I think it’s overplayed in sports, but they’re playing with a lot of swagger in that secondary and I think Brandon Browner has been a big part of that.” – Bob Socci, Patriots Play-by-Play Voice

Fans who are nervous that Browner has nothing left in the tank, or just think he stinks, are spending energy needlessly. Seattle will open camp with anywhere from seven to nine players who could compete for the corner spot opposite Sherman, and that’s before the draft. Tharold Simon is still the guy I want to win the competition. He has the best combination of size, speed, youth, and coverage ability of the group. His big question mark is durability.

Jeremy Lane was signed to a nice deal, but too many assume that was to be the starter on the outside. Lane was most often utilized as a nickel corner, with DeShawn Shead playing outside. Both will have a chance to compete outside. Mohammed Seisay showed promise in his brief stint before injury. Tye Smith was a redshirt rookie last year who should be ready for a chance to compete for more playing time. Carroll has complimented George Farmer, who spent time on the practice squad. Stanley Jean-Baptiste is 6’3″ and 218 pounds, and has a chance to emerge as a camp surprise.

Browner will have to prove he is worthy of a spot on this roster. Seattle will not be afraid to play without him, as they have done the past two seasons. Should he earn his way back onto this team, though, Seahawks fans should celebrate the addition. This team needs to get tougher. The defense needs to create more turnovers. Browner can help.