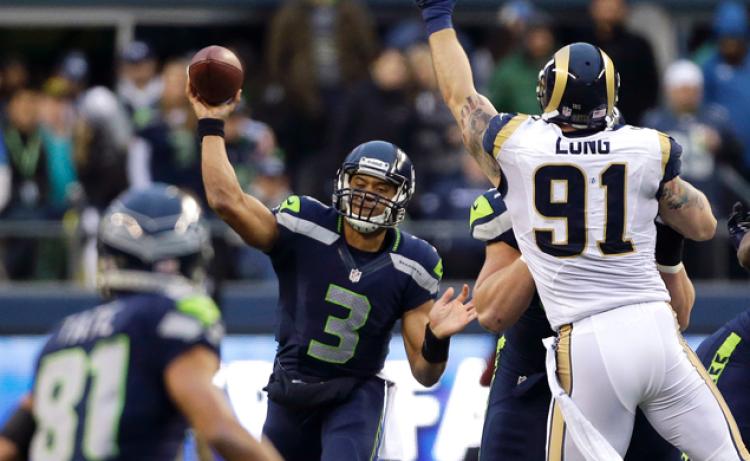 3 Things to Watch When the Seahawks Visit the Rams

After narrowly escaping with a win in the home opener, the Seattle Seahawks are traveling to Los Angeles to take on the Rams. In recent history, the Rams have been labeled “Seahawks killers” after defeating Seattle multiple times in unique and creative fashion. Heading into the game, Seattle is 1-0. On the other hand, LA is coming off a disappointing Monday night loss to the 49ers, in which they got shut out 28-0. Here are three things to watch for against the Rams:

In week one, Graham played on a snap count as Seattle eased him back from his patellar tendon injury. He logged only one reception for 11 yards. Bevell recently noted that his role on offense would increase moving forward:

“It was the first time that he was able to be in the game,” Bevell said of Graham, who didn’t play in preseason. “That was really his first preseason game, so it was great to even get him a ball. He had a big catch for us there on that last drive to win the game and he’ll continue to be a part of us and obviously his role will continue to increase.”

The Rams have a suspect secondary (EJ Gaines is also out, someone LA has strong hopes for) so look for Russell to target Graham in the passing game.

Throughout the week all eyes have been on Wilson. After suffering a freak ankle injury in week one, the quarterback didn’t miss a snap in practice and is expected to be a full go in week two. Bevell expanded:

“Right now we’re expecting him to be full-go,” Bevell said of Wilson. “I don’t think he has any different thoughts than that. He’s amazing in his preparation, he’s probably not even sleeping with all the rehab that he’s doing. I expect him to be ready to go.”

Against the Rams, Seattle will surely adjust the offensive game plan to account for any potential limitations. Sheil Kapadia mentioned less designed bootlegs, a focus on staying in the pocket, and getting the ball out quicker as potential offensive adjustments for Sunday. Keep an eye on the mobility and technical footwork of Russ.

Additionally, the Rams are known for having one of the best defensive lines in the league. With a hobbled Wilson, the game plan will be aletered.

Aaron Donald will probably decapitate someone on Sunday. I hope it’s not Russell Wilson.