Watch out for the Atlanta Falcons. They admittedly just played the Rams and 49ers, but putting up 40+ points in two straight weeks without the services of Julio Jones is an impressive feat against any NFL opponent. There are few other teams sprinting to the finish the way they are. Defense remains a big question mark, as they are allowing nearly 26 points per game, a 96.9 opponent passer rating, and 4.4 yards per rush. That offense, though, is overpowering nearly every team they face. Seahawks fans owe the Chiefs a debt of gratitude for their recent victory over the Falcons. Without that, Atlanta would have a much better shot at finishing with the second seed.

Seattle has fallen back a ways since their blowout loss to the Packers. They had risen to second a couple weeks ago. The defense continues to keep the team afloat, but the offense has been unable to escape mediocrity. The next two weeks are all about the Seahawks finding some consistency and confidence on offense. 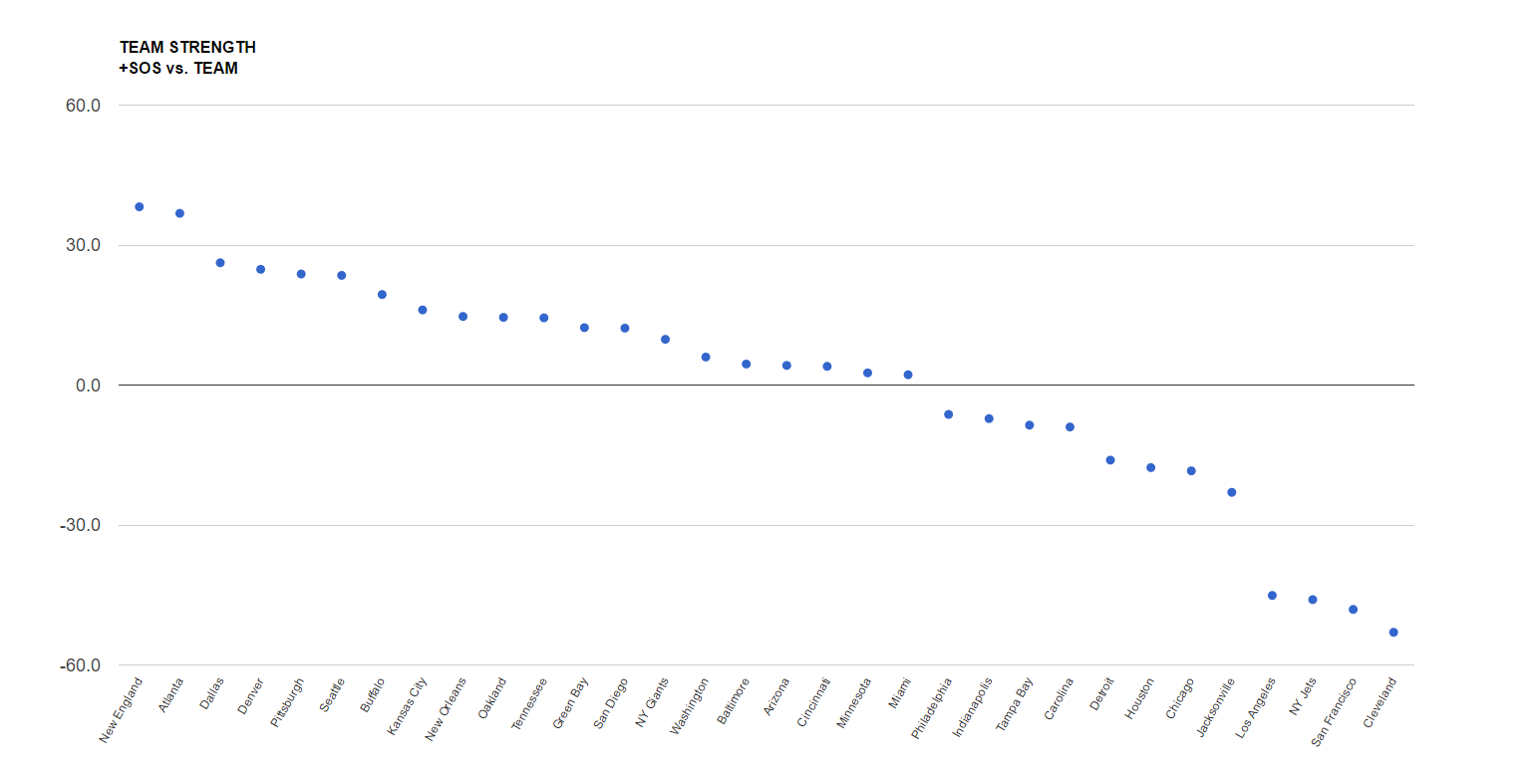 As of September 23, 2014, I have added a strength of schedule component to the rankings as well.
As of November 22, 2016, I have increased the weighting of the run game and point differential. Yards per carry will be multiplied by 10 to make it more evenly weighted with the passer rating. It is still roughly half as important, but will have a greater impact. Point differential will be multiplied by two as it still should be among the most important aspects of measuring teams.
Start typing to see results or hit ESC to close
softy real hawk talk russell wilson 49ers cardinals
See all results
More Stories