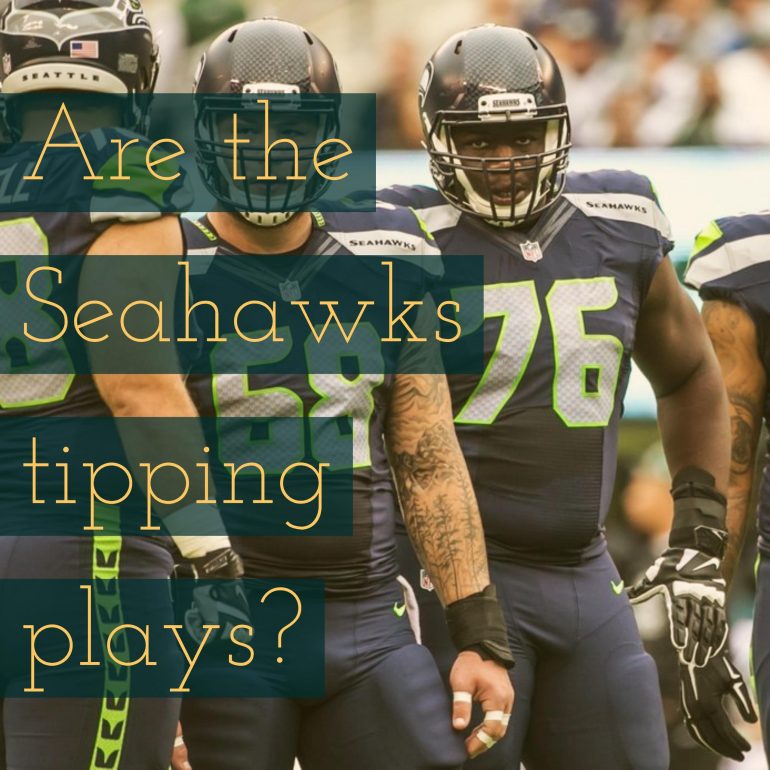 Are the Seahawks tipping plays?

During Seattle’s week 17 matchup against the Niners, renowned Twitterer Jacob Stevens made an interesting observation about Germaine Ifedi.

Curious about this, I fired up Game Pass to see if this held up. The first play I looked at, a pass play, seemed to verify the slight difference in alignment between Britt and Glow and between Britt and Ifedi. 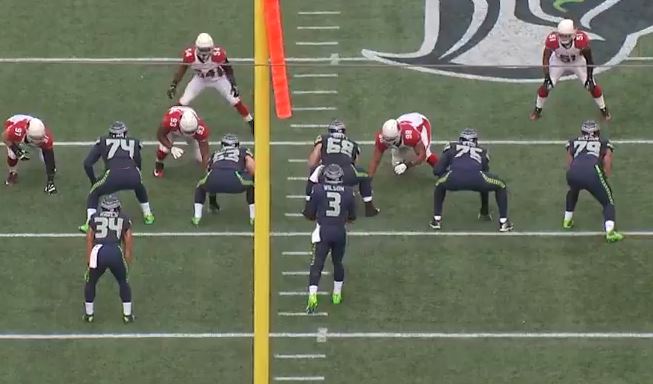 Ifedi certainly looks farther from Britt than Glow is, but the difference isn’t huge. So let’s look at another play, this time a run. 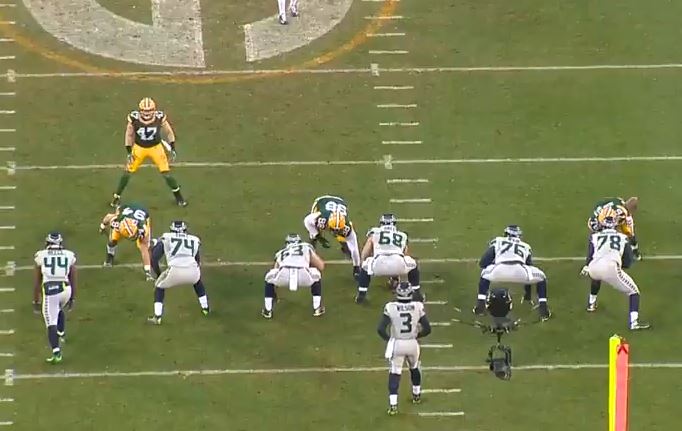 This is another pass play and Ifedi is much wider here, maybe a full yard farther from Britt than Glow is. So that’s two pass plays where Ifedi has lined up wider, and one run play where he hasn’t. Let’s look at another run.

Again, Ifedi is probably a bit wider than Britt here but they’re much closer to even than on any of the pass plays.  By now I’m sure you get the idea, so lets rapid fire through a few more examples.

It’s pretty clear that Ifedi’s alignment varies depending on whether a play is a pass or a run. But wait, there’s more!

It’s not just Ifedi that’s tipping passes or runs, the tackles are doing it even more blatantly. Another rapid fire look.

Tackles in a two point stance? It’s a pass. Tackles in a three point stance? It’s a run. To give some credit to the line, the tackles would also line up with a hand on the ground on play action passes. But Seattle is clearly giving away information about it’s play call by how the offensive linemen line up, and this isn’t the first time a Tom Cable line has had this problem. Here’s a comment from Warren Sapp back in 2010:

“Tom Cable don’t even know that the defensive lineman knows his protection when he goes into a ballgame,” Sapp said. “I was standing in front of the man, he tells me to rush his offensive line. I said, ‘Okay, what set are you coming out in?’ He looks at me and says, ‘What? No, I just want you to rush.'”

“I said, ‘Let me understand this. You’re gonna break the huddle, you come out into a formation. It’ll be two receivers, three receivers, whatever you want to do. But there’s some way you have to protect. And I would know that, 90% of the time. He looked at me like I was speaking Chinese.”….

“He’s not qualified to be an offensive line coach in my book,” Sapp said. “Because he doesn’t know I know which way his center’s going 90% of the time. He blew my mind with that one. I said, ‘Son, you think I got all these sacks ’cause I’m guessing which way the center’s going?'”

Warren’s a loudmouth, but it may not be far fetched to say that Cable has a blind spot for how defenders read the stance and alignment of his linemen.