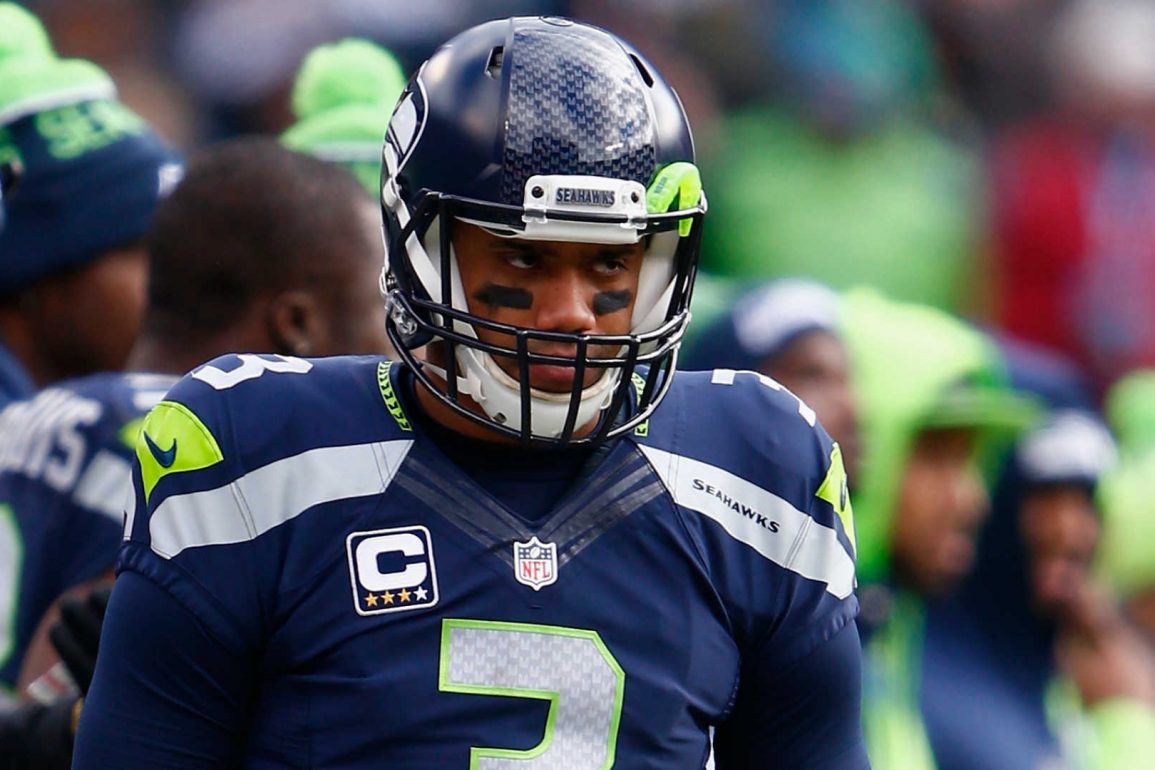 “Like I told you before, you lead us to darkness, we will follow you. So strap your shit up and let’s get this.”

Those were the passionate words of wide receiver Doug Baldwin to quarterback Russell Wilson on the visitor’s sideline of TCF Bank Stadium, during the divisional playoff game in Minnesota.

The 2016 Seahawks season was a sore spot for many Seahawks fans. Plagued by drama, blowups, player struggles, numerous injuries to core players, and a disappointing finish — the 2016 season was a story of tension and frustration.

Richard Sherman blew up publicly on coaches, while also playing through an MCL injury. Earl Thomas broke his leg. Tyler Lockett exploded. Russell Wilson played through three significant injuries. Kam Chancellor missed time. Michael Bennett played through an injured knee. Thomas Rawls struggled to return from his ankle injury. CJ Prosise, the only player who seemed to spark life in the Seahawks offense, suffered a scapula injury and was out entering the playoffs. The Seahawks spent most of their season licking their wounds with their backs against the wall.

The adversity came on day one. In the third quarter of opening day against the Dolphins, Ndamukong Suh’s weight forced Wilson’s ankle in unnatural direction. A scramble gone drastically wrong, Seahawks fans held their breath.

But it didn’t matter. With Trevone Boykin warming up, Russell quickly had his ankle taped on the sideline without missing a snap. Later in the fourth quarter, the Seahawks found themselves in a hole. With an ankle the size of a bowling ball, Wilson led a decisive drive to win the game, connecting with Baldwin in the redzone. For the first time in his NFL career, Russell encountered an unusual obstacle on the path to victory: himself. Yet, he overcame.

Fast forward to the third quarter of Week 3 against the San Francisco 49ers. In another pressured scramble, Wilson was dragged down in an awkward manner by a 49er defender Eli Harold. On replay, the injury was visually disturbing. His left knee immediately had a significant, notable limp. With an already injured right ankle, Wilson was now working with two severely limited legs.

In an offense that relied on Wilson’s mobility to function properly, fans started to worry if Wilson would make it through the season. Two serious injuries in less than a month to a franchise’s quarterback was cause for concern, both for fans and for management. But no worries, Russell wasn’t fazed. Just seven days after this gruesome injury, Wilson and the Seahawks traveled to New York for a game against the Jets. The hobbled quarterback would throw for 309 yards and 3 touchdowns for a 133.5 quarterback rating, leaving New York with a 27-17 win.

What Russell was doing was impressive. Quarterback leg injuries are often shrugged off by many fans. Two seriously injured legs will significantly disrupt a quarterback’s throwing mechanics. Russell was tasked with balancing a constant, around the clock rehab with the weekly chaos of NFL preparation.

Unfortunately Wilson’s injury luck wasn’t going to get better anytime soon. Later in the season, following the overtime game against the Cardinals, Russell appeared on the injury report with a previously unknown third injury.

In the fourth quarter of Sunday’s game, Chandler Jones (the recently traded pass rusher), whipped around the edge and knocked the ball out of Wilson’s grasp. In doing so, the quarterback’s shoulder took another serious hit. In the following week, Wilson was officially diagnosed on the injury report with a “right pectoral injury”. But it didn’t matter. Wilson wouldn’t miss a snap, a single drive, a single quarter, or a single game.

Despite the early and disappointing end to the season, the 2016 season played a pivotal role in Wilson’s development as a quarterback. Up until the 2016 season, Russell hadn’t undergone any serious injuries in his NFL career. 2015 was a year of highlights for Wilson — mindblowing scrambles, Doug Baldwin trickery, and a quarterback unfazed by the path ahead. 2016 was different. He spent most of the season rehabbing his extremities, unsure if his body would allow him to continue.

2016 brought this team back to their roots. In 2013, they were underpaid, undervalued, and pissed off. They were hungry. If you got in their way, they would seize and devour you like a pack of wild dogs. Heading into 2016 —  Seattle was paid, valued around the league, and secure in their standing. The 2016 season changed that. Fighting with their backs against the wall, the Seahawks rediscovered their hunger. Their brothers were injured, their wounds were bleeding, and their minds were beaten down. 2016 pissed them off. In their time of peril, they looked to their quarterback to lead the charge.

Wilson strapped up his shit and led this team through darkness.

Richard Sherman has this to say:

“Last year, he played through a number of injuries, and he’s not doing that because, ‘Oh, man, I’ve just got to go out there and it’s a job.’ He’s doing that for the guys next to him, and we appreciate that. We think he’s a great quarterback.”

For Wilson, 2015 was a year of statistical glory and numerous highlights. 2016 was different. 2016 was more important. 2016 refined him as a quarterback. Playing through multiple extensive injuries, he earned the ultimate respect from his teammates, competitors, and the league as a whole. It’s one thing to throw touchdowns and protect the ball really well. It’s another thing to strap your shit up and lead your team through darkness. Wilson did just that.