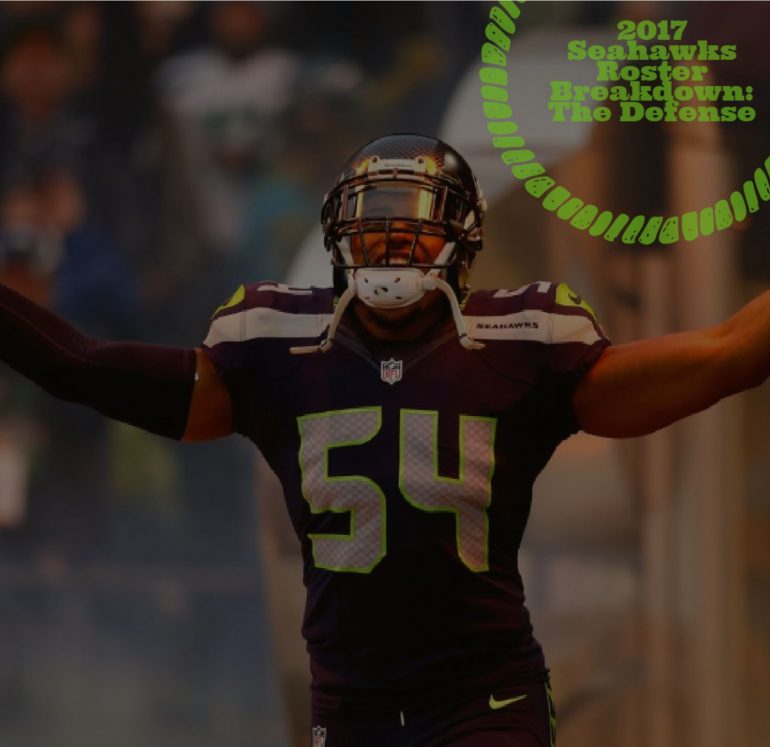 On Saturday, NFL teams cut their rosters down from 90 to 53. I broke down every position group and reviewed the unit’s strengths and weaknesses. Here are the defense and special teams units.

Strengths – Pass rush. Seattle had three 10 sack pass rushers last year and addressed their biggest weakness, interior pass rush, with the addition of Sheldon Richardson. Trading for Richardson is a Golden State adding Durant type move. Richardson is not Durant, but he’s capable of being a dominant player and he figures to slot in perfectly next to Seattle’s already dominant group of defensive linemen. It’s an embarrassment of riches.

Seattle also looks to have fantastic depth at defensive end. Frank Clark is a top defensive end in the league and he’s technically a backup. He also offers the versatility to move in and pass rush from the defensive tackle spot on obvious passing downs. Behind him are Marcus Smith and David Bass. Neither are stars but both are extremely capable, and Bass is yet another end that is able to move inside.

Weaknesses – 1-tech rotation. No position group is perfect, and this is a small but legitimate question mark for what looks to be a dominant unit. The Richardson addition was fantastic, but he is a pure 3tech at defensive tackle. With Seattle moving on from Tony McDaniel and cutting Ahtyba Rubin, they’re left with just Reed and Jones to man the 1tech spot. Reed was no stranger to the field last year, playing on 44% of Seattle’s defensive snaps. Assuming he stays healthy, Reed will likely see that number jump to something approaching the 55% of snaps that Rubin played last year. Jones, assuming he doesn’t grab the starting job outright, may not reach the 44% that Reed played last year but will be a vital rotation piece. At the very least he will keep Reed fresh at 1tech, possibly alternating possessions with Reed like they did against KC in the preseason. Jones may also get first down snaps in place of Richardson to keep Seattle strong against the run and keep Richardson fresh for higher leverage downs. And Jones may also see his role expand to 5tech, bringing back Red Bryant’s old role. However it shakes out, Seattle is currently looking to give a lot of snaps to just two young players with no injury replacements currently on the roster. Look for the team to try to add another big bodied defensive tackle at some point this season, possibly very soon.

Strengths – Instincts. This is a group with a lot of strengths, but top among them might be the instinctive play of Wagner and Wright. Wagner is preternatural in his positioning against the run and knowing when to fire his gun to make a play in the backfield. Both players are natural zone defenders, feeling routes behind them and closing on passes in front of them. KJ Wright is Death to Screen Plays, routinely sniffing them out and blowing them up. And both players are extremely sound tacklers, they put themselves in the right place and they finish the play.

Both players are great, but Bobby deserves a special shout out. Not only is he an instinctive player and a fantastic tackler, he’s also somewhere around a 90th percentile athlete at linebacker per SPARQ. He’s the second best middle linebacker in the league and has been in consideration for defensive player of the year on a couple occasions. With all of the great players and big personalities on the Seahawks, Bobby is often overlooked. But make no mistake about it, he’s one of the very best defenders Seattle has.

Weaknesses – SAM. Despite their efforts, Seattle has not been able to fully move away from the SAM position. That could be a problem this year, as they have no linebacker on the roster capable of playing that spot. Garvin appears to have be Seattle’s preference at the position, but he’s a weak run defender and was frequently washed out of plays. Wilhoite, who has good size, is the other option for Seattle if the decide not to use Garvin there. Wilhoite likely won’t be a huge liability, but he’s more of the same from a position that Seattle should be evolving.

Depth could also be considered a bit of a weakness for this group. Garvin, Wilhoite, McDonald, and Alexander all appear to be fine backups, but there is no Frank Clark here to keep avoid a dropoff in play if Wagner or Wright were to get hurt. Clark level backups are rare but, unlike the wide receivers for example, there is also little upside to speak of in this group of backups.

Strengths – Richard Sherman. This is an interesting group, but it’s fallen a long ways from the LOB days. Sherman is the only reliable corner on the team, and while he will certainly affect an offense with his ability to shut down half the field, his ability to make big plays likely won’t see much work. Still, he’s another guy with his eye on the Hall of Fame and that’s worth a lot.

As always, Seattle’s secondary fits extremely well with their scheme. Quill is a prototypical Seahawks boundary corner, and has the best chance of making me eat my words in the section above. Lane and Coleman slot in as nickel corners, with Coleman being one of the more interesting backup nickel’s they’ve had in some time. Thorpe also fits the bill your typical Seahawks cornerback, but it’s likely best if he sees little of the field on defense.

Weaknesses – Everything after Richard Sherman. Quill is young and, while he’s an extremely exciting prospect, he’s also very raw. His college tape is all over, with more than a few bad plays in the mix. He’ll be used much better in Seattle than he was at UCF, and the coaching will be light years improved as well. But it’s likely going to be an up and down year for the rookie, with big plays going both ways. Lane was once upon a time considered an up and coming key member of the LOB, but his play last year was shaky and Seattle was reportedly looking to trade him this offseason. Coleman looks to be decent depth, but how he’ll hold up if depended on remains to be seen. Thorpe may be little more than a special teams player.

If Seattle can get DeShawn Shead back healthy and playing at the level he was last year this group looks significantly stronger, but the range of possible outcomes here is huge.

Strengths – Depth. Earl Thomas is still the headliner, but this is probably Seattle’s deepest safety group in the Pete Carroll era. Kam has probably lost a step, dropping him from an elite player to somewhere in the very good range. McDougald is a young but experienced player that Seattle was excited to acquire, and Hill is a talented rookie. Both McDougald and Hill can play downhill, cover, and hit, giving Seattle a lot of versatility in the backfield and possibly at linebacker (this may be where Seattle finds it’s evolution of the SAM position). Seattle fans should feel very comfortable with this group.

Weaknesses – There’s only one Earl Thomas. Unlike the linebacking group, there is talent and upside in the safety backups. But Earl Thomas is so important and so singular that Seattle will unquestionably take a step back should he get hurt again this season. The good news is that the drop off would be significantly less than it was last year. Seattle used both McDougald and Hill interchangeably as a single high safety and, as much as you can tell without All 22 film, both seemed capable there. Neither were exposed for big plays, which is an huge upgrade from Steven Terrell.

The missing name here is, of course, Tedric Thompson. Thompson was ostensibly drafted to be Earl’s backup, and instinctive ball hawk and play maker. In preseason games, Thompson failed miserably in this role. He gave up big plays through the air and continued to be a non-factor in the run. Worse, Thompson has little athleticism to fall back on. He’ll need to take major strides to be to live up to his draft position.

Strengths – Depth. There are no major question marks here, and Seattle has been acquiring a bushel of special teams aces over the past couple years. The biggest issue from last year, long snapper Nolan Frese, is gone. He’s been replaced by Tyler Ott, who has floated around the league but comes with no major baggage and was solid throughout the preseason. Tyler Lockett’s injury takes the bite out of Seattle’s return game, but JD McKissic gives them a capable replacement until Lock is able to resume his duties (assuming he does, which seems safe to assume).

Blair Walsh is also looking to shrug off some poor past performances. The former All Pro was cut midseason by the Vikings after struggling with both field goals and extra points. He’s looked better so far this preseason, but he has missed 3 of his 12 attempts. One of those misses was negated by a penalty, and Walsh followed it up with a successful attempt. Another was missed on some awkward footing on the Oakland infield. There’s certainly no reason to panic, but he has not returned to All Pro form quite yet.

Only one of these defensive units has significant question marks, the corner backs, and that unit features Richard Sherman. That’s an around about way of saying that the Seahawks’ defense is going to be very, very good. This is a group of players that includes: Michael Bennett, Sheldon Richardson, Cliff Avril, Frank Clark, Bobby Wagner, KJ Wright, Richard Sherman, Kam Chancellor, and Earl Thomas. All on one defense! Seattle should be the favorites to lead the league in points allowed and defensive DVOA.

Part I – The Start of Something Special