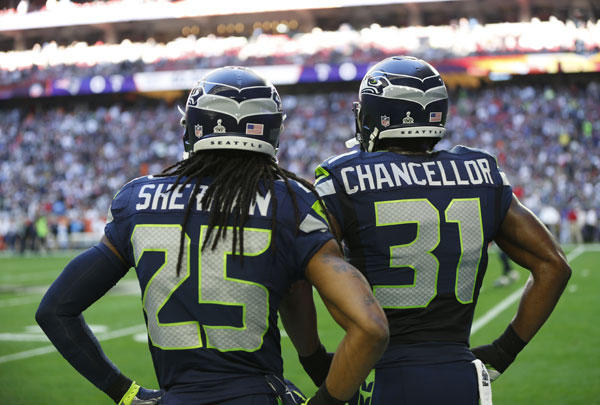 What a Kam Chancellor Retirement Would Mean for the Seahawks Cap

It sucks to write this. Kam Chancellor appears to be done for the season, and very well may be done for his career after suffering serious neck issues in the game against Arizona. Nothing if final yet, but let’s discuss the cap ramifications for the Seahawks if the worst occurs. Before we dive into the financial details, I just want to recognize Kam for his time here in Seattle. Known for his violent hits upon opposing receivers, he has been an era defining player for one of the talented secondaries in NFL history.

So thank you, Kam. Thank you for giving us the joy of watching you play football. We’ll all be telling our grandchildren about your hit on Demaryius Thomas in Super Bowl 48.

One more thing, before we look at the numbers: I know Kam was just extended in August. He couldn’t have predicted a potential career-ending spinal injury. I’m not placing any blame or pushing any passive aggressive thoughts against him. The earning window for NFL players is incredibly short. If he does retire, I’m glad he made out well.

Now let’s take a look at the contract, assuming retirement. Per Over the Cap, these were the details of his recent extension:

Seattle would have the option to pursue and recover his signing bonus. However, they won’t. That would be classless. So assuming the Seahawks choose to let Kam keep that money, Seattle will be on the hook for $6.4M dead money in 2017 and $7.5M dead money in 2018.

With Kam’s retirement, the Seahawks would gain $2.3M in 2018 cap space. Since the money is already on the books, Seattle will not need to make any moves to open up space for 2017.